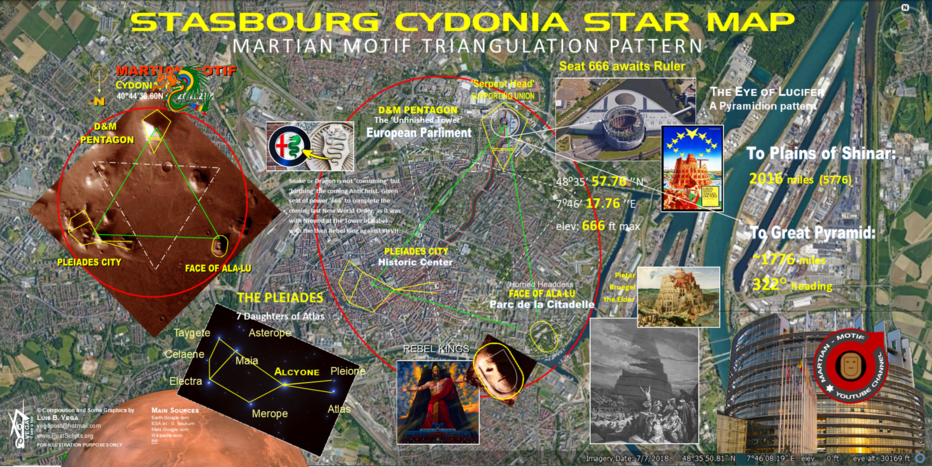 ‘They said to one another, Come, let us make Bricks and burn them thoroughly. And they used Brick for Stone, and they used Tar for Mortar. They said, Come, let us build for ourselves a City, and a Tower whose top will reach into Heaven, and let us make for ourselves a Name, otherwise we will be scattered abroad over the Face of the whole Earth. The LORD came down to see the City and the Tower which the sons of Men had built.’ –Genesis 11:3-5

The purpose of this illustration is to depict the ‘Modern’ Tower of Bebel that is yet to be completed by the Builders of Lucifer. The precepts of the Tower is said to be started by the 1st Mason, Nimrod. He was the Great-Grand Son of Noah after the Flood. Nimrod wanted to rule the World under his Authority and Word in defiance to YHVH’s Commandments. The same concept is made current in an attempt to unify Europe by the same Spirit of AntiChrist forces that currently rule the World.

The European Parliament is headquartered in Strasbourg, France. It was founded in 1952. Consider a 70-Year Work that will have made for the circumstances to make it a Reality again. It is modeled after the Bruegel Painting of the Unfinished Tower of Nimrod who personified the 1st type of the AntiChrist to come and will in the Last Days. This is to occur as soon as Lucifer’s Builders have completed their Great Work. The core of the City is presented to model the Cydonia, Mars Pyramid Complex. The Cydonia, Mars Complex of structures consists of the Pyramid City, the Face of Mars, and a Pentagon.

Interestingly, these same corresponding landmarks are found in the city housing the unfinished ‘Tower of Babel’. The corresponding structures in Strasbourg, France are the Cathedral of Notre Dame. This encompasses the oldest part of the City and corresponds to the Pleiades City configuration. The Church would also naturally be associated with the overtones of the Church Menorah of the book of Revelation and the 7 Churches of Asia. Interestingly, the Cathedral houses the famous Astronomical Clock. The Stade Meinau would correspond to the Face of Ala-lu.

The Pentagon structure would correspond to a waterway convergence that forms a perfect Triangular Pentagram. The following are various numerical values of the Modern ‘Tower’ that are pegged to the Ancient One in the Plains of Shinar and the Great Pyramid. It would appear that the Numerology Encrypted in the ‘Unfinished Tower of Nimrod suggests the Masonic Signatures of the Seal of Solomon and that of the reverse side of the U.S. Seal.

Coordinates of the European Parliament, the ‘Unfinished Tower of Babel’

What is also significant about the architecture of the Parliament Building itself is that it is construed to be the 'Head' of a Serpent that is devouring and 'Egg'. Or in this Motif, the Unfinished Tower. This Motif of a Snake 'Eating' a Man is actually the opposite. The Motif is conveying that out of the Serpent's Mouth, the AntiChrist, the Nimrod is being 'Developed', 'Gestated' or about to be 'Birthed' into the World. In the Book of Revelation, there is the depiction of how it is stated that this coming Nimrod will unify the World around a 'Tower'.

And it is through the Power of the Great Dragon, that 'Serpent of Old', which is another name or connotation to Lucifer is whom is behind the effort. Ultimately, it is Lucifer that seeks to regain control and dominion from Jesus to rightfully destroyed the 'Works of the Devil'. The Book of Revelation further identifies, based on 1 interpretation that it will be through the European Union or some form of a United 10-Nation Confederation that will bestow this coming Nimrod the Power and Authority to rule the World. One is of the opinion and interpretation that the 4th Beast Kingdom, that of Rome, has not 'gone away' but has been the present World Empire.

It split into 2 sections but that it has been primarily through the Pope and the Eastern Metropolitan Pope equivalent that have sustained the vestiges of the former Roman Empire Glory. It will be from these 2 factions that 5 Nations will be from the West and 5 Nations will be from the East. It will also echo the New World Order divisions of how thanks to the Treaty of Rome, the World is also to be divided into 10 Spheres of Political Administrations or Dominions. Eventually, the Center of Power will move from Europe to Israel, as one suggests that the 'Unfinished Tower', will actually be the 3rd Temple in Jerusalem.
_________________________ 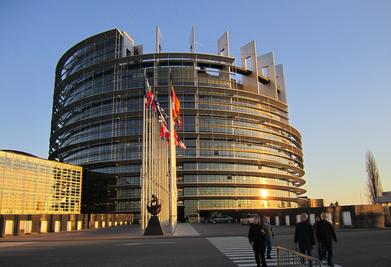