‘They will fall by the edge of the sword and be led captive into all the Nations. And Jerusalem will be trodden down by the Gentiles, until the times of the Gentiles are fulfilled. There will be Signs in the Sun and Moon and Stars, and on the Earth dismay among the Nations, bewildered by the roaring of the sea and the surging of the waves. Men will faint from fear and anxiety over what is coming upon the Earth, for the powers of the Heavens will be shaken.’ –Luke 21:24-26

The purpose of this study is to show some amazing mathematical correlations between the Tetrad of 2014-15 and the up-and-coming Great Virgo Sign of Revelation 12. There appears to be some unique variables that factor in the phi ratio sequence as this study suggests ‘Prophetic Time’ is reassured with and by. The 1st observation is that if one takes a day before the start of the beginning Tetrad date of April 15, 2014 and measures the day after from the Great Virgo Sign of September 23, 2017, the day count equals 1260 days. This coefficient is half of the prophetic 2520 variable of which many sacred measurements are taken from and in different dimensions even.

Thus the 1260 day count could be a prophetic clue that is for sure a mathematical certainty for the Tribulation period to come. If there is any consensus amongst the varying theories of how long the Tribulation period will be and when is the Rapture, this one aspect all Believers can agree upon. There will be a certain timeframe that equals exactly 1260 days. A really great website that has great research on this sacred measurement can be found at this site. http://www.twenty5twenty.net/home.html

The 2nd observation is that the Equinox Solar Eclipse that occurred within the Tetrad and the 8th of this type since Christ on March 20, 2015 is in approximate phi ratio. It is in proportion of time mathematically and thus in terms of prophecy. It occurred in-between the start of the 2014-15 Tetrad on April 15, 2014 and the Great Virgo Sign of September 23, 2017. This is amazing to realize that such eclipses, comets, Blood Moons, Tetrads are all prophetic because they coincided with the Holy Feasts of YHVH. Now as to the interpretation and meaning, that is subject to on-gong debate.

One thing is for sure, Biblical prophecy is a good thing as it is given to Humanity and in particular to YHVH’s People as an advanced warning of something to come in YHVH’s prophetic timeframe. The 3rd observation is that technically the Great Virgo Sign of September 23, 2017 will actually be occurring on the first full day after the Civil New Year, 5778. According to the Rabbinical Calendar, Rosh HaShanah starts on the evening of September 20, 2017 and ends on the evening of September 22, 2017.

The Virgo Great Sign of Revelation 12 is said to be a one-in-a-lifetime event as other researchers have confirmed that this astronomical alignment.
It does not occur in a 7000-year stance of known NASA recording of celestial movements. Astronomically the depiction of the Moon at Virgo’s feet, the Sun clothing her, the crown of 12 stars and a Manchild about to be birthed starts on the eve of the 22nd depending on where one is at on the Earth. Biblically, the year 2018 or 5778 will witness the 70th Year Anniversary of Israel’s ‘birth’ as the typology of the Manchild, in one layer of interpretation of the Great Virgo Sign. The other inferred meanings concern Jesus Christ foremost and the Body of Christ that is the Saints that are to be raptured-up to Heaven as the Manchild. Also realize that 2018 will be the 1948th year since 70 AD that Israel was judged with the 3rd and last Diaspora for rejecting Jesus Christ as the Messiah.

The last observation has to do with another timeframe that appears to converge the last 2 most profound and ‘Prophetic Keys’ of the Olivet Discourse. Not only will there be the 70th Year Anniversary of the rebirth of Israel in 2018 but the 50th Year Anniversary or ‘Jubilee Year’ in 2017 of the liberation of Old Jerusalem to include the Temple Mount. Amazingly the Great Virgo Sign is in approximate phi ratio to the June 7, 2017 Jubilee Anniversary and to the May 14, 2018 Independence Day anniversary of May 14, 2018. As noted also in other studies, the position of Jupiter in Virgo after having been ‘birthed’ approximately on September 9, 2017 some 13 days prior to the Great Virgo Sign date of September 23, 2017 is also in approximate phi ratio of time and space, in-between the Moon at the feet of Virgo and the Sun at the shoulder area of Virgo.

Could the remaining 3rd “Prophetic Key’ of the Olivet Discourse, that of the rebuilding of the 3rd Temple be realized within this prophetic timeframe? Ultimately, every ‘Celestial’ and ‘Terrestrial’ Sign is just one step closer to the fulfillment of why Biblical prophecy is given in the first place, to witness and testify of Jesus Christ’s plan and purpose, past-present-future; the Beginning and the End. It will be a prophecy in so much the End will be like the Beginning as the Beginning was like the End.
________________________ 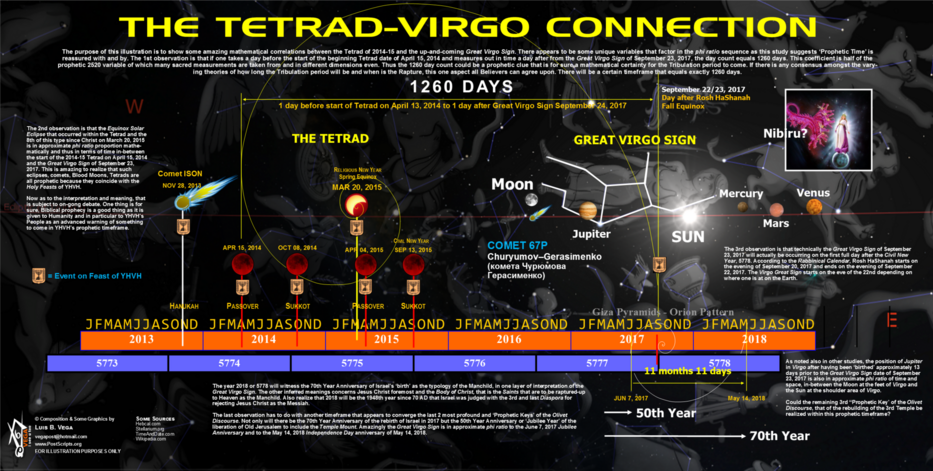 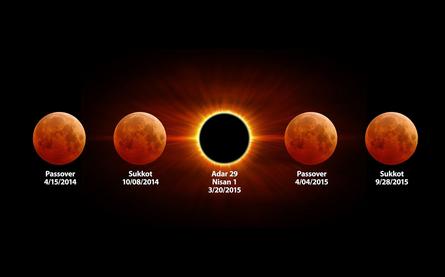