#453:
​MICROSOFT: WE CAN PROGRAM
BEHAVIORS USING DNA
The Control of Molecular Information

‘A global pandemic is on its way. An Engineered Virus is humanity’s greatest threat. This will happen in the next decade.’ – Bill Gates.

The purpose of this report is to rely a very interesting interview with several of Microsoft’s key Developers that was broadcasted via video release in 2016. They talk about the ability to know not only how to digitally sequence DNA, but to then be able to reprogram it. The transcript of this dialog was taken from the Silview Media Backup YouTube Channel posted on March 5, 2021. The reason why what the Microsoft Developers said is important is that they essentially confirm that the mRNA COVID-19 vaccines are in fact designed and engineered to ‘reprogram’ one’s DNA. The Science and rationale seem noble and courageous. The question is, who controls the process?

The problem is that these types of processes are not ‘vaccines’ as they are labeling them, but Gene Therapy. Fine, but the research and trial must be vetted-out with proper protocols and in due time. This takes about a decade to ascertain the long-term side effects. What is occurring with the Emergency Use of un-tested COVID-19 shots is that in the first place, they are not ‘vaccines’ by definition. Then, there is no long-term Double-Blind tests yet available. It is rather ironic how the Dr. Fauci negated the use of Hydroxychloroquine as a possible treatment for the COVID-19 ‘pandemic’.

He cited the lack of such a Double-Blind test to show any possible efficacy but then, it is overlooked and not required for the COVID-10 shots? Hypocritical at best. Why not? The reason is that if Hydroxychloroquine is or can be prescribed as a treatment for COVID-19, then there is no need for an Emergency Oder Use nor need for a worldwide lockdown. The conclusion and goal of the research of Microsoft is very clearly stated, they what to make humans into a ‘Biological Computer’, and they will. The following is the transcript of the various individuals in Microsoft interviewed, italicized.
_______________________

‘Imagine a world where we can do computation inside living cells. The problem we are trying to solve is really trying to have a more sophisticated diagnosis that can happen automatically inside cells. Imagine a ‘Biological Computer’ that operates inside a living cell. So, for example it could be used to determine whether a cell is cancerous and if so, then trigger the death of the cell. So, here we are talking about little molecular systems that you can you know work that run in a test tube or maybe even in the live cell.

So they are really small. The type of work that they are doing is essentially they are trying to ‘sense analyze’ and control molecular information in this project. We are trying to use DNA as a ‘Programmable Material.’ DNA is highly programmable, just like a computer. And we can program a whole range of complex behaviors using DNA molecules. So we are taking advantage of a phenomenon called DNA Strand Displacement. So, DNA Strand Displacement is essentially a competitive hybridization reaction. [Gene Editing] So, it is two strands of DNA that come together and as they bind to one another, a third strand that was initially bound is kicked off. One issue with any biology research or biomolecular research is that it is always sort of a cycle of trial and error. You test, it does not work. So, you go back to the drawing board and you do that over and over again. And it is a slow cycle because doing experiments just is hard and it takes a lot of time.

We have developed a language for programming molecular circuits made of DNA. So, the Programmer would write down a collection of DNA strands and the software will work out how these DNA strands interact with each other and can be used to predict their behavior over time. And this kind of software could, for example be used to detect and fix bugs in a molecular circuit design before that circuit is built. [Genetic Engineering] For decades, Biologists have been using ‘Chemical Reaction Networks’ as a means of describing the behavior of Biological Systems. So, what our technology enables, for the first time is that any system described as a Chemical Reaction Network can now be translated, implemented in biology at the molecular level.

One of the things that we have done recently, which I am particularly excited about is that we have created, designed using our tool and created experimentally… an implementation of the so-called ‘Approximate Majority Algorithm’. At the moment, really the technology is very much in its infancy. It is still very much at the research stage. So, most of what we are doing is in is in the test tube. An enormous goal will be to have what we are able to do in the test tube also working inside cells. That is a hugely enormous challenge. So this could enable a whole range of ‘Biotechnology Applications’. [Apps] For example, it could allow us to both detect and treat diseases to a level of precision that has not been possible, so far. It could also allow us to make new compounds far more efficiently. These compounds could be medicines or bio-materials. And ultimately, it could allow us to make biological computers that operate at the molecular scale.' [You]
_______________________ 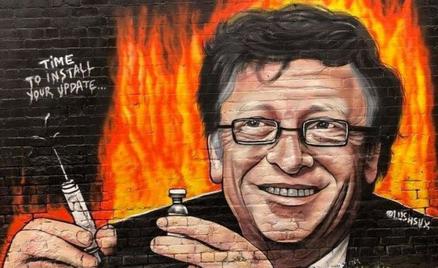