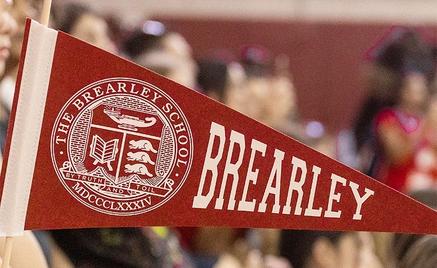 Re-Posted by Luis B. Vega

‘If Fascism ever comes to America, It will come in the Name of Liberalism.’ -Ronald Reagan:

In April of 2021, in New York City, Andrew Gutmann, a Father of a daughter that goes to a very prestigious and expensive private school, Brearley wrote a scathing letter to all the Student’s Parents. What was the letter about? It was about why they as Parents were pulling their Daughter from the school due to the Critical Race Theory indoctrination that is occurring not only there in private schools but in virtually all public schools across the nation. And this is not only at the elementary level but at the High School and University levels as well. The letter to some is seen as an act of ‘heroism’ while to others, it is a pitiful effort at maintaining ‘White Privilege’. What is wrong with Critical Race Theory? Well, it was banned in France.

Now if the French are banning this ‘indoctrination’, one knows that it is bad if even the French are not wanting being taught in their school. Essentially, teaching Critical Race Theory actually makes one a Racist. The outcomes are really no different than the objectives of segregation and marginalization of another race at the expense of one race or races. One could say, Critical Race Theory is a racist platform and at the core seeks to justify racism. How so. Consider that in some Universities and Colleges, there are no-White areas. At certain Minority or other than White clubs and/or organizations, no White Students are allowed, even if they are what the ‘Woke’ crowd called ‘Allies’. Recently in California, the California State University system passed a mandatory General Education GE Area F required that is allied to the doctrines and aims of Critical Race Theory.

One such example of the apprehension as seen by many is now in one particular Ethnic Class, in this case a Chicano/Latino Studies course, the students have an exercise where they participate in an Aztec invocation of their ancient Deities. This comes along with a mock worship service and innovation of names and attributes as one would do and say in a Church, Synagogue or Mosque. But if a Religious Course even did this of the LORD’s Supper, that would be intolerable to the ‘Woke’ Ones. Then there are the separate Ethnic Graduation, which are amazing and a time to show one’s pride in heritage and background. It is also a time where such communities come together to celebrate their own. There is the Raza, Rainbow, Asian/Pacific Islander, Military, Black Commencement, etc. But if an all-White celebration of students attempted this, they would be and are deemed Right-Wing Evangelical Christian Bigots. This is Critical Race Theory.
_____________________________________________________________________________________

Our family recently made the decision not to reenroll our daughter at Brearley for the 2021-22 school year. She has been at Brearley for seven years, beginning in kindergarten. In short, we no longer believe that Brearley's administration and Board of Trustees have any of our children's best interests at heart. Moreover, we no longer have confidence that our daughter will receive the quality of education necessary to further her development into a critically thinking, responsible, enlightened, and civic minded adult. I write to you, as a fellow parent, to share our reasons for leaving the Brearley community but also to urge you to act before the damage to the school, to its community, and to your own child's education is irreparable.

It cannot be stated strongly enough that Brearley's obsession with race must stop. It should be abundantly clear to any thinking parent that Brearley has completely lost its way. The administration and the Board of Trustees have displayed a cowardly and appalling lack of leadership by appeasing an anti-intellectual, illiberal mob, and then allowing the school to be captured by that same mob. What follows are my own personal views on Brearley's antiracism initiatives, but these are just a handful of the criticisms that I know other parents have expressed.

I object to the view that I should be judged by the color of my skin. I cannot tolerate a school that not only judges my daughter by the color of her skin, but encourages and instructs her to prejudge others by theirs. By viewing every element of education, every aspect of history, and every facet of society through the lens of skin color and race, we are desecrating the legacy of Dr. Martin Luther King Jr., and utterly violating the movement for which such civil rights leaders believed, fought, and died.

I object to the charge of systemic racism in this country, and at our school. Systemic racism, properly understood, is segregated schools and separate lunch counters. It is the interning of Japanese and the exterminating of Jews. Systemic racism is unequivocally not a small number of isolated incidences over a period of decades. Ask any girl, of any race, if they have ever experienced insults from friends, have ever felt slighted by teachers or have ever suffered the occasional injustice from a school at which they have spent up to 13 years of their life, and you are bound to hear grievances, some petty, some not. We have not had systemic racism against Blacks in this country since the civil rights reforms of the 1960s, a period of more than 50 years. To state otherwise is a flat-out misrepresentation of our country's history and adds no understanding to any of today's societal issues. If anything, longstanding and widespread policies such as affirmative action, point in precisely the opposite direction.

I object to a definition of systemic racism, apparently supported by Brearley, that any educational, professional, or societal outcome where Blacks are underrepresented is prima facie evidence of the aforementioned systemic racism, or of white supremacy and oppression. Facile and unsupported beliefs such as these are the polar opposite to the intellectual and scientific truth for which Brearley claims to stand.
Furthermore, I call bullshit on Brearley's oft-stated assertion that the school welcomes and encourages the truly difficult and uncomfortable conversations regarding race and the roots of racial discrepancies.

I object to the idea that Blacks are unable to succeed in this country without aid from government or from whites. Brearley, by adopting critical race theory, is advocating the abhorrent viewpoint that Blacks should forever be regarded as helpless victims, and are incapable of success regardless of their skills, talents, or hard work. What Brearley is teaching our children is precisely the true and correct definition of racism.

I object to mandatory anti-racism training for parents, especially when presented by the rent-seeking charlatans of Pollyanna. These sessions, in both their content and delivery, are so sophomoric and simplistic, so unsophisticated and inane, that I would be embarrassed if they were taught to Brearley kindergarteners. They are an insult to parents and unbecoming of any educational institution, let alone one of Brearley's caliber.

I object to Brearley's vacuous, inappropriate, and fanatical use of words such as "equity," "diversity" and "inclusiveness." If Brearley's administration was truly concerned about so-called "equity," it would be discussing the cessation of admissions preferences for legacies, siblings, and those families with especially deep pockets. If the administration was genuinely serious about "diversity," it would not insist on the indoctrination of its students, and their families, to a single mindset, most reminiscent of the Chinese Cultural Revolution. Instead, the school would foster an environment of intellectual openness and freedom of thought. And if Brearley really cared about "inclusiveness," the school would return to the concepts encapsulated in the motto "One Brearley," instead of teaching the extraordinarily divisive idea that there are only, and always, two groups in this country: victims and oppressors.

l object to Brearley's advocacy for groups and movements such as Black Lives Matter, a Marxist, anti family, heterophobic, anti-Asian and anti-Semitic organization that neither speaks for the majority of the Black community in this country, nor in any way, shape or form, represents their best interests.

I object to, as we have been told time and time again over the past year, that the school's first priority is the safety of our children. For goodness sake, Brearley is a school, not a hospital! The number one priority of a school has always been, and always will be, education. Brearley's misguided priorities exemplify both the safety culture and "cover-your-ass" culture that together have proved so toxic to our society and have so damaged the mental health and resiliency of two generations of children, and counting.

I object to the gutting of the history, civics, and classical literature curriculums. I object to the censorship of books that have been taught for generations because they contain dated language potentially offensive to the thin-skinned and hypersensitive (something that has already happened in my daughter's 4th grade class).

I object to the lowering of standards for the admission of students and for the hiring of teachers.

I object to the erosion of rigor in classwork and the escalation of grade inflation. Any parent with eyes open can foresee these inevitabilities should antiracism initiatives be allowed to persist. We have today in our country, from both political parties, and at all levels of government, the most unwise and unvirtuous leaders in our nation's history. Schools like Brearley are supposed to be the training grounds for those leaders. Our nation will not survive a generation of leadership even more poorly educated than we have now, nor will we survive a generation of students taught to hate its own country and despise its history.

Lastly, I object, with as strong a sentiment as possible, that Brearley has begun to teach what to think, instead of how to think.

I object that the school is now fostering an environment where our daughters, and our daughters' teachers, are afraid to speak their minds in class for fear of "consequences."

I object that Brearley is trying to usurp the role of parents in teaching morality, and bullying parents to adopt that false morality at home.

I object that Brearley is fostering a divisive community where families of different races, which until recently were part of the same community, are now segregated into two. These are the reasons why we can no longer send our daughter to Brearley.

Over the past several months, I have personally spoken to many Brearley parents as well as parents of children at peer institutions. It is abundantly clear that the majority of parents believe that Brearley's antiracism policies are misguided, divisive, counterproductive and cancerous. Many believe, as I do, that these policies will ultimately destroy what was until recently, a wonderful educational institution. But as I am sure will come as no surprise to you, given the insidious cancel culture that has of late permeated our society, most parents are too fearful to speak up.

But speak up you must. There is strength in numbers and I assure you, the numbers are there. Contact the administration and the Board of Trustees and demand an end to the destructive and anti-intellectual claptrap known as antiracism. And if changes are not forthcoming then demand new leadership. For the sake of our community, our city, our country and most of all, our children, silence is no longer an option.