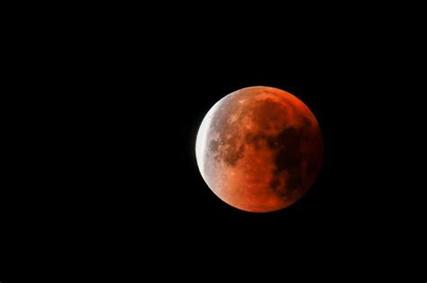 #28:
​ECLIPSE CYCLES OF MOONS
COMPREHENSIVE PROPHETIC PATTERNS
From the Liberation of Jerusalem 1966-2020

The purpose of this study is to illustrate the ‘patterns’ of the total lunar eclipses on a timeline from 1966 to 2020. From a prophetic point of view, it might well pertain to the Signs that are to be in the Sun, Moon and Stars of the End of Days that Christ spoke about. Perhaps such lunar eclipse patterns can be deciphered to attain some clues as to what will characterize the End Times before His 2nd Coming of Jesus Christ at least astronomically. This timeline will start from the re-capturing of the Old City of Jerusalem and the Temple Mount in 1967 as a result of the 6-Day War. Many believe that these events alone are of major importance and prophetic significance time-pieces of modern history.

Others believe that this event signals a countdown of sorts, as to the End of Days and possibly to the Last Generation that will witness the Rapture, the culmination of all Biblical prophecy and the physical Return of Jesus Christ. What is significant about this event is that the Temple Mount had not been in Jewish control or sovereignty for over 1940 years. This study suggests that now that the Temple Mount is once again in Jewish control, a countdown has begun to the re-building of the 3rd Temple. The Temple Mount is the place on which YHVH’s Temples once stood; Solomon’s and Zerubbabel’s or Herod’s. These Temples where a ‘facsimile’ of the Throne of YHVH in Heaven.

The blueprints were given to Moses and King David by the LORD to precisely follow and replicate that on Earth. Many Bible scholars believe, as well as others that somehow there will be a rebuilding of the 3rd Temple soon, even in this generation. This notion is clearly indicated in the prophecy of Daniel. Perhaps it will be fulfilled within the 70-year count from the ‘Decree to Rebuild the Old City’, as it was in Daniel’s time. Then, the Decree from King Cyrus came after the whole nation of Israel was exiled for 70 years. Israel just passed the 66th year anniversary since Israel was birthed as a nation on May 14, 1948.

This ‘Decree’ may yet still be fulfilled with the liberation of the Old City of Jerusalem and the Temple Mount by the nation of Israel during the 6-Day War of 1967. But if the prophecy is to be paralleled, there has to be another ‘Decree to Rebuild’ Jerusalem after the 70th Year Anniversary. But perhaps the rebuilding of a Temple may occur well before his time. Many hold a theological view that the ‘Decree Prophecy’ theory is multi-layered with double meaning involving a past and future time. What this could mean then is that Israel has to go through some major regional war.

Perhaps the last Lunar Tetrad of 2014-15 might have been the sign of devastation to come to such a degree that Jerusalem is damaged to the point of needing to be ‘rebuilt’ again due to a coming major war with the Muslims. Perhaps this might involve the conflict that will damage Jerusalem and cause a victory for Israel over its Muslim enemies to be able to do such that and build their long-awaited 3rd Temple. These scenarios might be the time that will involve the ‘confirming the Covenant’ with the AntiChrist due to the Psalm 83 War or Isaiah 17 event to come. It is interesting to note that there might be 2 counts of 50 years. One count is from the speculated Jubilee year of 1966 that would make from Yom Kippur 1966 to Yom Kippur 1967 the Jubilee year itself-if the Jubilee count is accurate.

Then there is the 50th Year since the ‘decree to rebuild the Old City Jerusalem’. This came when the Knesset passed the decree on Passover Eve 1969 to rebuild the Old City because it was all but destroyed during the 6-Day War as the joint Jordanian and Iraqi armies retreated. Considering the 2nd count of the 50 years from 1969, that year and the 70th Anniversary of Israel’s independence will occur both on same Jewish year of 5778/5779 and 2018-2019. The timeline presented in the chart with the same title for illustration will highlight several peculiar associations with the patterns of the total lunar eclipses. For the purposes of this study, only the total lunar Moons will be plotted out onto the timeline.

Only the total and Hybrid solar eclipses will be plotted for comparison to the total lunar eclipses. Only the significant comets during this time period will be considered and plotted on the timeline to see if there is any direct association to the lunar and/or solar eclipses. If the Jubilee count was indeed started in 1966, then the 7 weeks of years corresponds to the 50th count that occurs on 5776, which will also be placed along the timeline to ascertain if there is any possible correlation to the lunar Blood Moons. Thus, the Year 5776 could be the Jubilee Year that corresponded to Yom Kippur of 2015.

A brief overview of the significance of the ancient comets will be given as well as some believe they are harbingers of doom. Some observations will be given as to the symmetry and mathematical arrangements of the total lunar and solar eclipses. These patterns and comets will be shown in subsequence pages of the initial chart. This study and charts are not intended to predict dates or events but is for illustration purposes only. All dates are suggestive and taken from the NASA database.

Comets
Out of the hundreds of comets witness over the decades, there are 4 in particular that stand out during the time period that begins from the 1967-68 Tetrad and culminates with the 2014-15 Tetrad. These happen to fall within the central time frame of 1986-1996; a period of 10 years. What is of importance is that these comets are ‘ancient’ according to the historical records. They also happen to coincide with suggested key Biblical historical events. The timeline suggests that these comets perhaps happen to appear as harbingers to signal the countdown of sorts to the last Tetrad of 2014-15.

1986 Halley’s Comet
This comet appeared in the late Fall of 1986. The tail was reported to be approximately 20 degrees long against the Earth’s horizon. According to Josephus, the Jewish historian, this comet was seen around 66 AD. This timeframe puts it at 3.5 years prior to 70 AD, which would be the ‘Halfway Point’ of the 7 Years that remained before the Temple was destroyed by the Roman Prince, Titus. Jesus Christ visited the Temple during His public Ministry at around age ~30. Perhaps given this year association, it can somehow be relating to the construction of the future 3rd Temple to come. It so happens that the comet reached Perigee on April 11, 1986.

1993 Shoemaker-Levy
On July 17, 1994 the comet started crashing into Jupiter. As it approached the planet, the comet broke apart into a line of small comets, referred to as 'the String of Pearls'. It broke up in exactly 21 pieces; (7+7+7), a sign of complete judgment to come. To many Biblical scholars the planet Jupiter is known to be the ‘King Planet’ or the Planet of the King, it is associated with the Messiah. In the Hebrew, the word for Jupiter connotes ‘righteousness’. The spiritual metaphor regarding the ‘pearls’ is that they are very hard –as in a spear and they occur over time requiring much patience and pressure.

This is exactly like the discipline or ‘judgments’ of the LORD; how He is ‘slow to anger, swift to forgive…and patient’ but when His wrath commences, it is sure, precise and hard. It is also a picture of how the pearl is a picture of the Church in that over time, a spic of dust becomes a dazzling precious pearl to be adorned on crowns of royalty. Perhaps we were seeing the awesome power of the LORD warning of a coming judgment of the world within the generation that witnesses these ancient comets returning. Just 1 impact could have consumed the whole Earth. It is also a picture of what Messiah did. In Christ Jesus, God in was judged for the sins of Humanity.

The puncturing of Jupiter by the comets on its left lower side echoes the wound Jesus received at the Cross when He was punctured with a spear at His lower side. It so happened that the date was the 9th of Av, the infamous date in which the 2 Jewish Temples were destroyed. This was clearly a prophetic sign to Israel in how their Messiah, Jesus of Nazareth was the King, the Righteous One that took the judgment and wrath of YHVH to atone for the nation as promised to the Patriarchs but also to be the Savior of the whole world. The context is judgment as in the 40 years of wondering in the wilderness for unbelief of YHVH’s people during the time of the Exodus.

1996 Hyakutake C/1996 B2
Yuji Hyakutake discovered this comet. The Solar and Hemispheric Observation SOHO telescope images showed that the comet had three separate tails. It is believed that the comet last appeared around 6000 B.C. Some speculate that this would put it at the age of the Deluge or Noah’s Flood account. It is not anticipated again until the year 18,000 AD. Thus, it is a once in a lifetime event. This comet was very long and bright with a magnitude of about 0. It was seen with unaided eye from early March until early June of that year. Many speculated that this was a prophetic sign from YHVH announcing that the Days of Noah had begun, and such the conditions as then were to be prevalent in this possible last generation.

1997 Hale-Bopp
This comet was a co-discovery. Alan Hale of New Mexico along with Mr. Bopp discovered this comet. The comet had a blue gas tail approximately 20 degrees long and a curved yellow dust tail about 25 degrees long. Comet Hale-Bopp was bright at -1 magnitude. Hale-Bopp remained above magnitude 0 for many weeks. It reached Perihelion on 1997 April 1st. This comet came to have two names that year, Hale-Bopp, and the Great Comet of 1997. Scientists calculated that the comet last appeared around 1500 BC. Biblical Scholar put this timeframe around the time of the Exodus.

Apr 1, 1969
On Passover Eve, the Knesset voted to ‘restore and rebuild Old Jerusalem’. The count of 49 Jewish years from the date the rebuilding started around Rosh HaShanah of September 12, 1969 takes the count to Rosh Hashanah 2018.

Jun 6, 1969
The reconstruction of the Old Jewish Quarter was needed due to the heavy damages sustained during the 6-Day War. If Daniel 9:29 has a double-meaning regarding the count that starts from the ‘Decree’ to rebuilt Jerusalem, then 2018 would be the maximum limit. The lunar eclipse timeline end in 2018 also. Here is a very basic and general calculation using a Jewish year count.

The year 2018 is the 70th year anniversary of Israel becoming a nation since it when into exile in 70 AD. Subsequently the City and the Temple were also destroyed. Perhaps the year 2018 will the 3rd Temple either have something to do with the Daily Sacrifices. It would be thus the 3rd prophetic variable as outlined by Jesus in the Olivet Discourse to His Disciples.
________________________