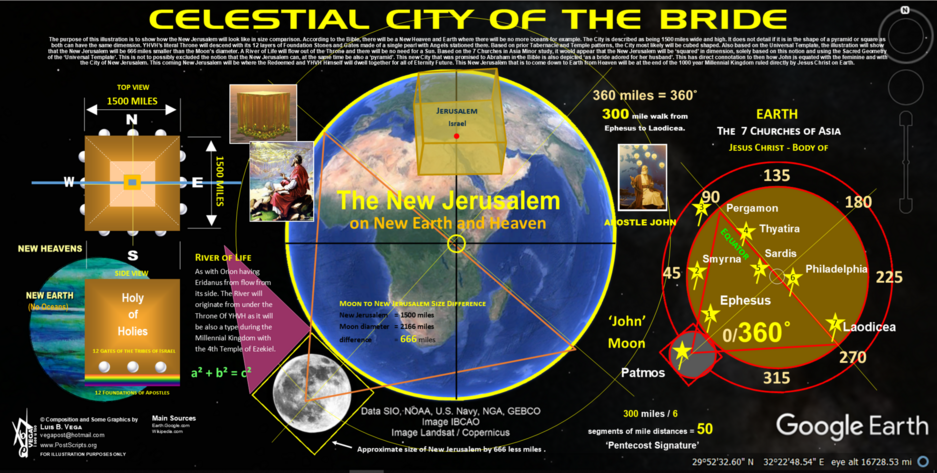 #636:
GREAT PYRAMID PATTERNS
END OF THE AGE? 2022
Countdown to the New World Order

Not sure if I had shared these Chart below of the Great Pyramid of Giza Patterns. It is an Enigma for sure and an amazing Piece of Work. So much of it is beyond Comprehension as to what needed to be known to Geometrically position the Structure to True North and have assigned to certain Stars like Orion and ones in Draco.  It was Robert Bauval, from Belgium who was the 1st Westerner to detect the Celestial Star Alignments of Orion with the Pyramids. In fact, the whole River Nile is construed to correspond to the Entire Milky Way Pattern. It is Astro-Archeology at its best.

But here is the deal. Here is a Deep Dive into the Great Pyramid Patterns. Why? One postulates that the Great Pyramid Pattern could suggest when the End of the Church Age is to occur, down to the Year. And with that, it would stipulate the Rapture event being before that time, assuming a Pre-Tribulation Rapture Timing and Scenario. Below are 3 Postulates that calculate the year, presently being 2022 that suggest will be the End of the Church Age. Evidence?

The Factors have to do with the Measurement of the Hight of the Great Pyramid itself. Then having that Pattern transported into other Locales around the World, mainly the USA. Specifically, the Washington Mall. Then there is the Theory of the USA having a Great Pyramid Type of History corresponding to the Chambers. But more pronounced is the stipulation that the USA has but 33 Sabbath Cycles of ‘Life’ All these 3 Supposition and Hypothesis point to the Year 2022.

Back before 2015-16, one thought that that year was to be the Concluding Epoch, Rapture, End of the USA and World War 3. After all, it was the Time of Obama and the similar circumstances existed then or began but nothing compared to what is now and will be. One suspects that The-Powers-That-Be attempted the Transition then but it was not Time. What Time? Great Pyramid Time. All this to say that in Hind-Sight, there was still that Last Sabbath Cycle of 7-Year.

One remembers in the Research how it could have been a possibility but and People were saying, ‘How can it get any worse?’, etc. But with a recurring Theme and more information understood, perhaps the 7-Year Countdown was to have occurred and has since 2015. This then means that 2022 ‘has to be then the Year of the Transition of Ages. Believers in Jesus and well as those in the World sense something is up, ‘Something Wicking Comes this Way’.

So, these are just Number Calculations, it does not prove anything. One can only present the Evidence and then declare a certain Confidence of the Patterns. The Patterns are then and undeniable. The issue is that one can never say that one is 100% Confident that it will be the case, 2022. What one can say, with more Confidence is that the Pyramidion or the Capstone is what constitutes the last 7-Year, from 2015 - 2022. Perhaps.
___________________

1. GREAT PYRAMID CAPSTONE PATTERN – Mason Motif
From base of Great Pyramid to include Cap Stone = 5776 inches or 481 feet

If 2029 is the Maximum Limiest of the Calculation, it could allude to being the End of the 7-Year Tribulation Period. If one then Subtracts 7-Years, it will be 2022.

3. USA EXPIRATION DATE - 33RD SABBATH GREAT PYRAMID PATTERN
Based on the Premise that the Coin Act of 1792 set the Sabbath Cycles.
What Year would be the Occult End of the 33rd Cycle?

4. BANK OF ENGLAND PYRAMID – COUNTDOWN TO FINANCIAL RESET
The following is the breakdown of the Year-To-Latitude Correspondence.

It is about a ‘Bank’ that rules the World Economies that is tied to the Shemitah ‘Law of Return’. Will the New Luciferian Monetary System commence, based on the law of 7-Year Debt Cycle? That year would then be 2022, thereabouts. The Great Pyramid is essentially a Cosmic Clock that is keeping track of the ‘Beginning and Ending’ of the Ages. I concur with the Notion from Isaiah 19 that it is an ‘Altar’ in the Middle of Egypt, at the Border, and thus a ‘Door’, or Star Gate’. It is believed that the Sphinx, which is older than the Great Pyramid was constructed before the Flood.

It was Dr. Schoch from Boston College who in the 1990s theorized that the weathering of the Sphinx was due to massive overflow of Water. Or in other words, it survived the Flood of Noah.  The Great Pyramid is really is an Octagon, having 8 Sides as the 4 Faces are bent at the middle. And again, one comes across the Connection to Mars. How so? For example, the Name of Cairo, in one Ancient Interpretation that means ‘Mars’. And in investigating the site using Google Earth, Cairo and the Pyramids also have that Cydonia, Mars Triangulation.

The Great Pyramid also incorporates the Phi Ratio and Pi Factors. It also entombs the Speed of Light. See Charts below for a Visual. In one’s Research on this Topic, if you superimpose the Great Pyramid with its 3 Main Chambers, that of the King’s Chamber, the Queen’s Chamber and the ‘Pit’, over the Temple Mount where YHVH’s Temple once stood and will again, they match precisely.

The King’s Chamber corresponds to the Holy of Holies were the Ark of the Covenant was placed for the King of Israel, the Creator, etc. Also, interesting is that the Sarcophagus in the King’s Chamber match exactly the Dimensions of the Ark of the Covenant with Poles. Then the Queen’s Chamber matches the area of the Temple called the Court of the Women. And then the ‘Pit’ corresponds to the Church of All Nations at the Foot of the Mount of Olives. If one has ever visited that Church, if ones looks to the Ceiling, it is all covered with Stars. Why?

One’s other hypothesis is that the Great Pyramid’s Chambers and the Temple of YHVH correspond to the Creator’s Notion of a Universal Correspondence or Axion of sorts, of the ‘Sun, Moon and the Stars’. It is a Phrase often used in the Bible and for Prophecy. But consider the King’s Chamber and Holy of Holies is the Sun. The Queen’s Chamber and the Holies is the Moon. And the Pit or Church of All Nations is the Stars, etc. And…there are Corresponding Colors that accompany the actual Chambers of the Great Pyramid.

The King’s Chamber has a Gold tint to it. The Queen’s Chamber has a Grey tint to it. And the Pit has a White tint to it. So, next time one sees those Chambers, have that in mind. The other Hypothesis is that the Domes on the Temple Mount also follow the same Color Scheme and Size Ratio to the Sun, Moon and the Stars. These are just glimpses of the amazing Hidden Knowledge that YHVH has shown the World through the Great Pyramid Patterns. It is also believed that the New Jerusalem will have both a Pyramid and Square Dimension to it. Such are the Mysteries of YHVH.
______________________

Speed of Light is the same NUMBER as The Great Pyramid Coordinates
https://www.youtube.com/watch?v=aU_nLVcchFg 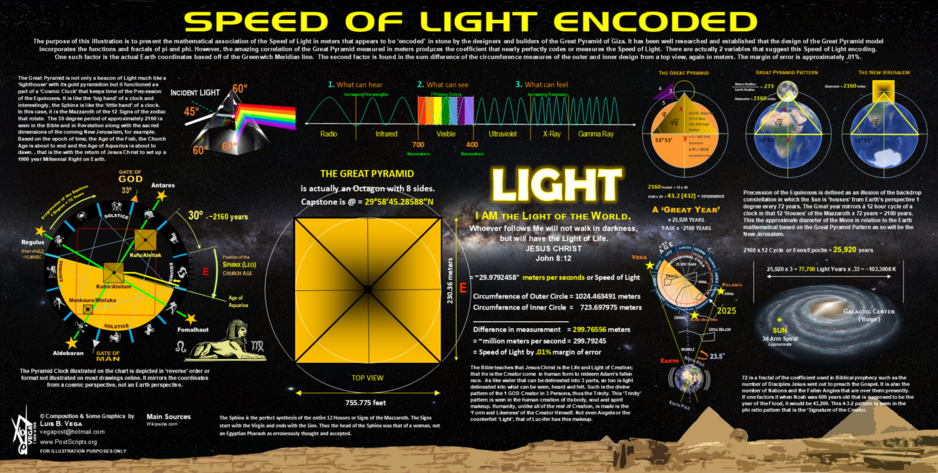 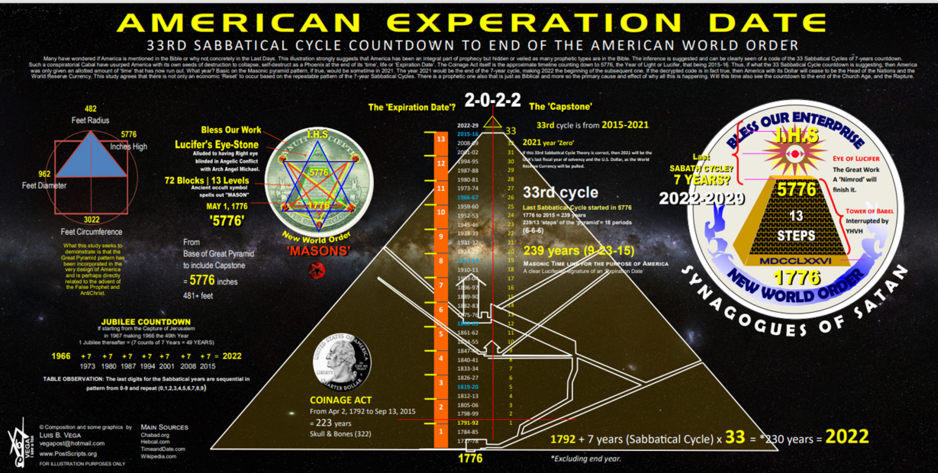 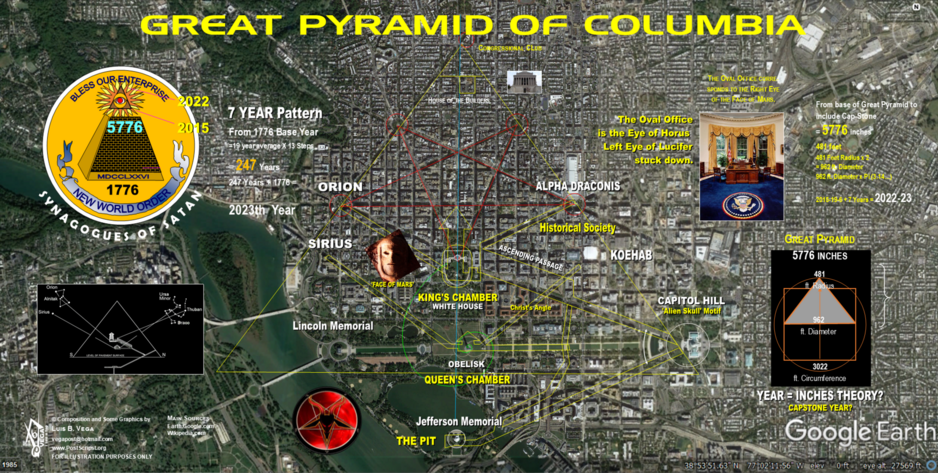 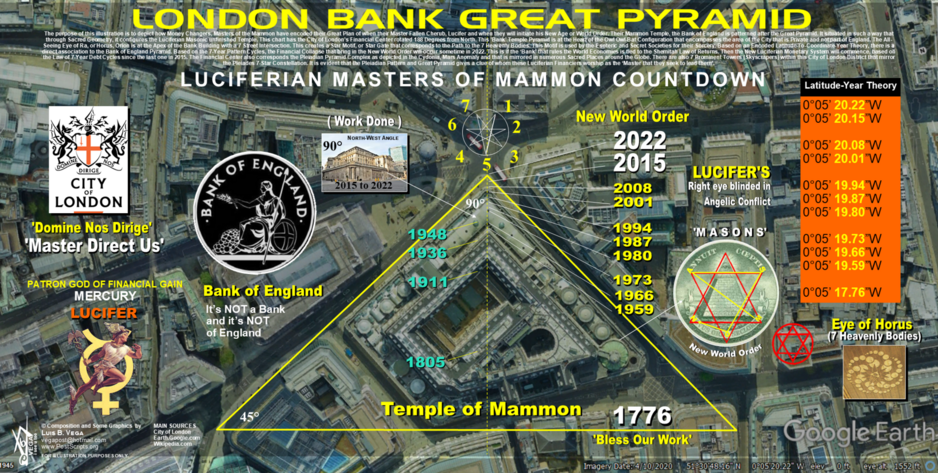 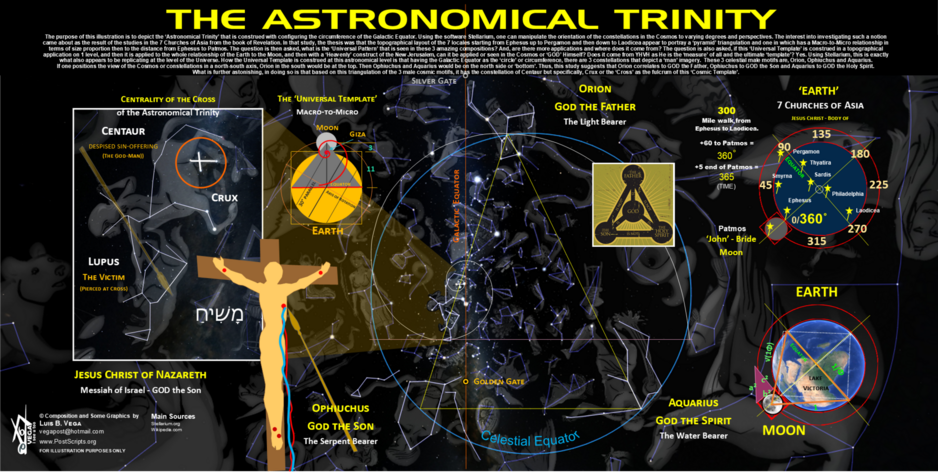 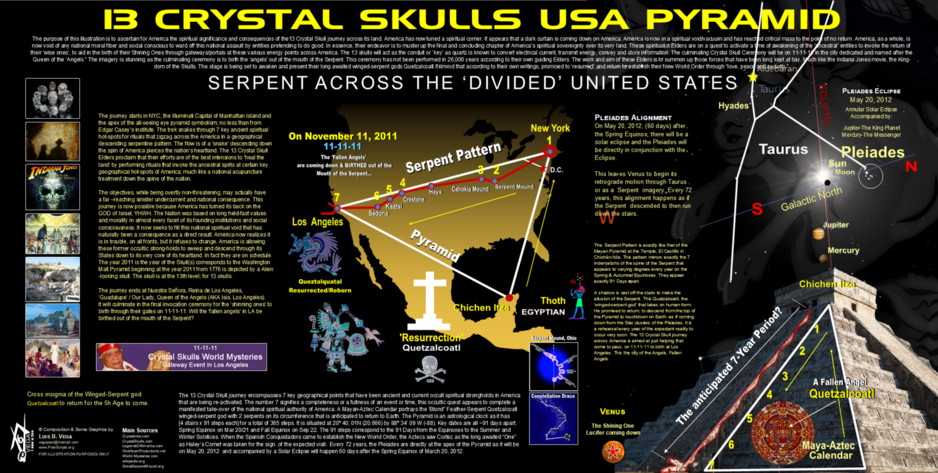 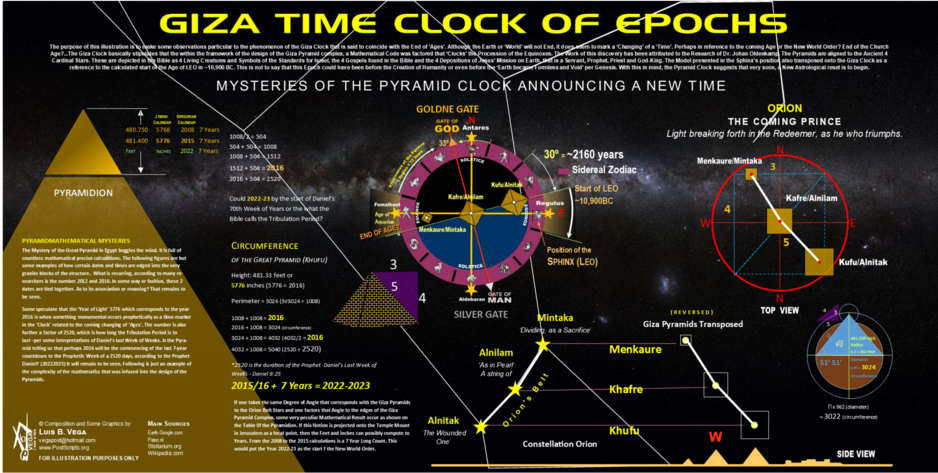 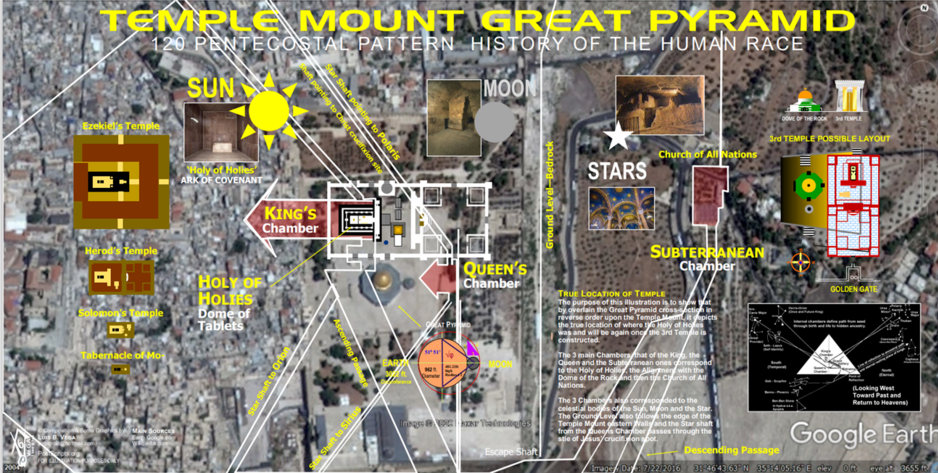 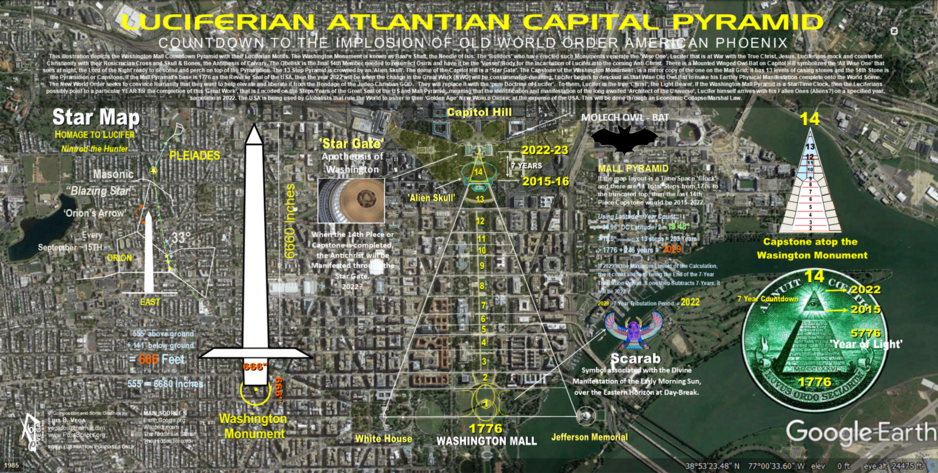 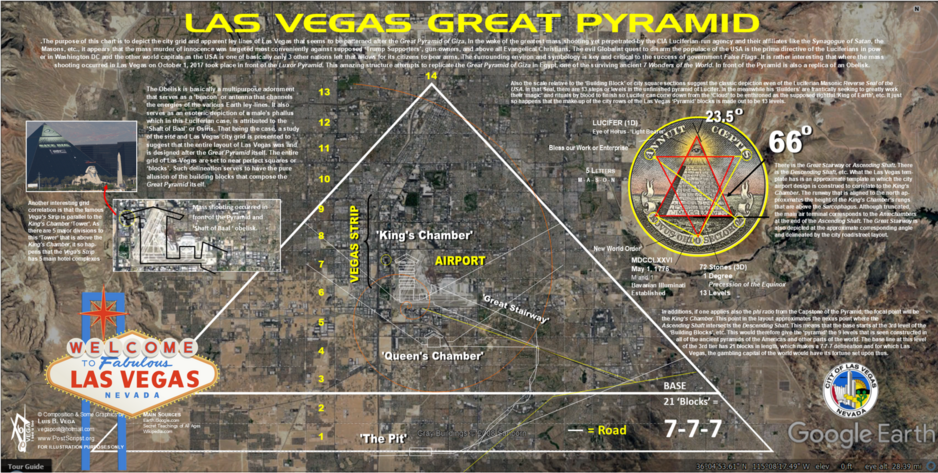