#155:
​COLUMBIA CAPITAL
SECRET OF THE SYMBOLS
Luciferian Sanctuaries of Deceit

Interestingly, the Pentagon being the offices of the Department of War (Mars) was begun on September 11, 1941. The entire Cydonia, Mars Complex configures a Hexagram Triangulation that when superposed to the District of Columbia, the area produces an approximate correspondence to the said Prominent Landmarks at the Junctures. Along with the Ley-Lines, there are unique Measurements that span the distances from one Structure to the next. The Measurements are an Approximation based on Google Earth Coordinates. Based on one’s Research into this Martian Motif, all the Prominent World Capitals have this Cydonia, Mars Triangulation. It appears to be a ‘Signature’ of a Sacred Knowledge that is very important and Hidden in Plain Sight.

Who are the Peoples behind this Worldwide Composition that extends back to the Ancient Pyramid sites of the World? In this District of Columbia Star Map rendition of the reflection from the Cydonia, Mars configuration has the position flipped horizontally, truly a mirrored image on Earth as it is on Mars. This Martian Pattern in DC is almost in the same position as that of the City of London with the Financial Skyscrapers corresponding to the Stars of the Pleiades. Are these Hexagram Motifs and places on Earth, a sort of a ‘Combination Lock’ to pierce Spiritual Dimensions? A Star Gate? Most likely. What is the connection to the Planet Mars and the veneration of the God of War, Ala-Lu?

According to some renditions of the chronicles of ancient Earth before Noah's Flood and perhaps before Creation of Mankind, the storyline depicts a personage that was exiled to Mars, the former King of Nibiru. His followers await his Resurrection to Enthrone him once again, as King over the whole Earth. This personage is what the Bible foretells will be the AntiChrist of Lucifer. Why is Sacred Geometry used and Impeccable Mathematical Relationships used in the Architecture of such Modern World Capitals? It is also incorporated in most Ancient Capitals, such as Pyramids and Ziggurats.

Countdown?
Evidently, the Rules of the World who have had all the Resources and Power, have gone to great lengths to incorporate this Martian Motif, that mirrors the Cosmology of the Stars. Who is this Ala-Lu character that requires all Major Earth Ley-Lines to be situated in the same Cydonia, Mars Triangulation? One Theory behind the Constellation Motifs being etched in the Architecture and positioning of landmarks has to do with keeping track of Time. Or rather Celestial Time at that. The various Pyramid Configurations found around the World, for example, are based off of the Great Pyramid of Giza.

One is of the Opinion that it is considered by some, as an Astronomical and Astrological ‘Clock’ of the Universe. Also, one holds to the belief that, based on the Longitude-to-Coordinate Theory, the various Measurements of such a Martian Motif Pattern correlates to ‘Encrypted Years’. This will be a Key Factor when describing the various Pyramid Patterns. It is one’s Opinion, based on the observations that the ‘Pyramids’ have with respect to Street Grids is that they do form a sort of Timer. The Pyramid Pattern, for example in the Washington Mall can be interpreted as the Motif, based on a Time Countdown that is delineated by the 14 Levels or Steps of the Pyramid.

This Pyramid, by the way, is mirrored from the Reverse Seal of the USA. And many Researchers, suggest the Pyramid is a Countdown to the Demise of the USA. Or in other words, that when the Year, corresponding to the 14th Level is reached, that being the Capstone, the USA will cease to be the Prevailing Power of the World, etc. What Year will that be? It has to do with the Luciferian Occult unfortunately. The Year is based on Astronomical Alignments. How so? The District of Columbia is a Star Chart, mapping and plotting the ‘Blazing Star’. It is a Being, a Fallen Angelic Being.

A Cherubim Named Lucifer along with his Fallen Angels. It is believed that Cydonia, Mars was one of the ‘Station’ from where many of the Fallen Angels came from that ‘Left their 1st Estate’ in the Days of Noah and prior. The Cydonia, Mars Pleiades City corresponds to the Roselyn, Virginia area. Note that the District of Columbia’s Latitude is at 38.96°. If one divides that Coefficient by 2 = ~19.47°. That is the same year corresponding to the Roswell incident in 1947. And then the White House corresponds to the Face of Mars. The Corresponding Pattern found in Cydonia, Mars has a slight truncated Angle Alignment.

The Topography of Mars was unknown until the various NASA Rover Missions to Mars sent back Phototropic Landscapes, only in the Modern Era. The White House complex is also patterned after the Great Pyramid of Giza. It is corresponding to the King’s Chamber. And one suspects, it would function as an ‘Hourglass’ of time. The Sarcophagus found in the King’s Chamber would correlate to the Oval Office. The White House also serves as the Apex or Pinnacle of the Pentagram that terminates at the White House. This Latitude corresponds to the Years 2015-16 or 5776. Do the Coordinates from the ‘God of War’ encode the Years the American Republic is to exist or how long the Republic will last? If the Segments of Time are counted by Sabbath of Years, then one can estimate that Terminating Year. How so?

This correlation between the 2 Points are in phi ratio. Using the Spiral Version for a better visual, if the fulcrum of the Spiral is pegged to the Obelisk, then the Terminal Point will be the Oval Office. It would make sense given the inference the Obelisk represents. Its reference is named Baal’s Shaft as in a Phallus. On 1 Level of Interpretation, there is a Male-Female Sexual Motif being displayed. The Obelisk pegged to the Queen’s Chamber infer to the Sexual Energies of Lucifer’ that harnesses such Powers.

As to the Oval Office? It is about the Power of influencing the Man that sits in the Oval Office and basically Commands the Economy, Military and influences the Government of the World, etc. Nonetheless, the Great Pyramid Pattern appears to be incorporated in the overall design of the Core of the District of Columbia, etc. The illustration accompanying this Study will show that the Street Grid of the core area of the District of Columbia does indeed match the Great Pyramid of Giza Pattern. Then  there are the various Pyramid Shafts that align to Key Boulevards. Based on the Great Pyramid of Giza, that would be with Orion and Sirius as well with the Star Thuban and Ursa Minor.

These last 2 Stars match with the Convention Center and the Verizon Center. Again, the Great Pyramid Design, suggests a possible Keeping of Time that is etched in the Coordinates of Localities and certain Buildings. The corresponding Chambers appear to match, although the template is skewed a bit. According to Research, the Illuminati have incorporated the Great Pyramid’s Geometry, as it ’Clocks’ the Completion of their ‘Great Work’. And what is that? It is to usher in their New World Order to be led and ruled by Lucifer. When will this happen?

One is of the Understanding that 7 Years Countdown began in 2001-2008-2015- and thus to culminate in 2022. The year 2016 was 5776 in the Jewish calendar. In Freemasonry, the Year 2015-16 was 1776, the ‘Year of Light’. It was called Anno Lucis or Lucifer’s Year. So, will Lucifer Manifest himself at the End of the Corresponding Year of 2022? Evidence? Why would one suggest this? Is this the Great Work of the Builders that rejected Jesus, the True Architect of the Universe. Thus, will the ‘Pyramid’ be built in 2022? This Pyramid Time Theory is based on the Sabbath Cycles that stipulates a 7-Year Cycle of Time Segments. Thus, from

The Great Pyramid Pattern is not exactly a 1 for 1 Match, but the Angles and Geometry are incorporated to show an Approximate Match that is undeniable. Consider that the Great Pyramid is 481 Feet tall or 5776 feet. But with Capstone, one has to add that additional 7 Years. Then, the Great Pyramid’s Perimeter is 3022 Feet. By one Interpretation, it equals the Years from 962 BC to 2016. 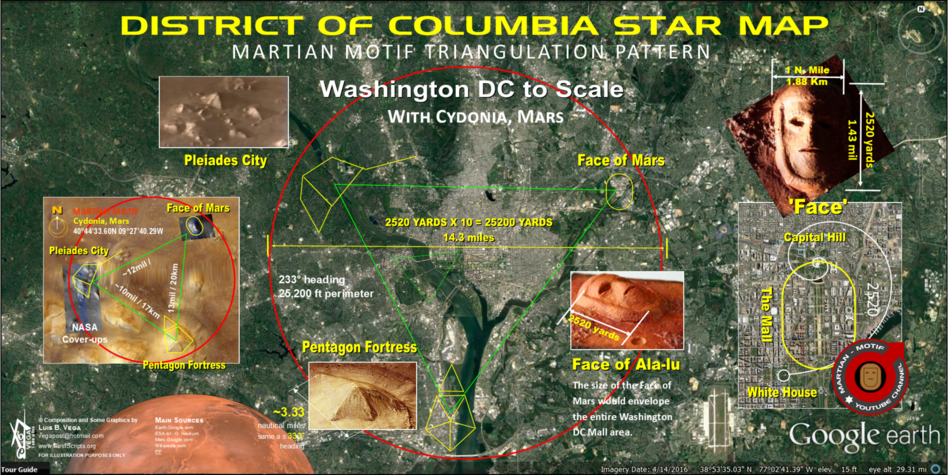 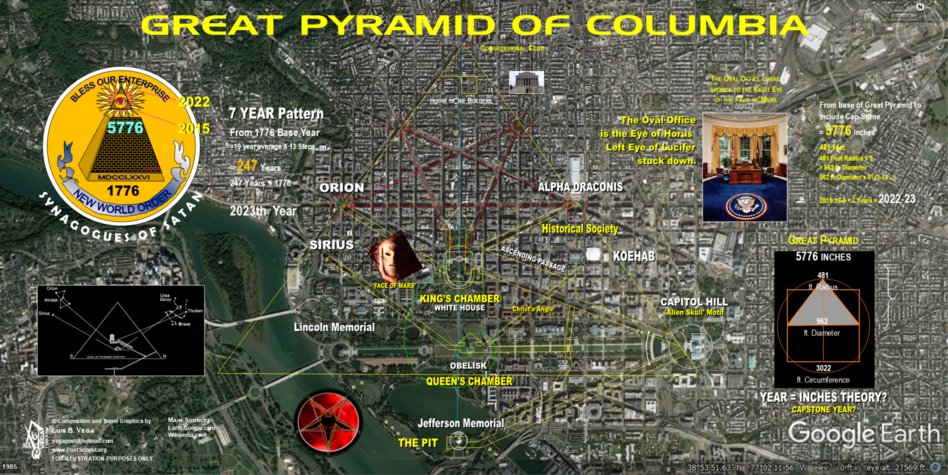 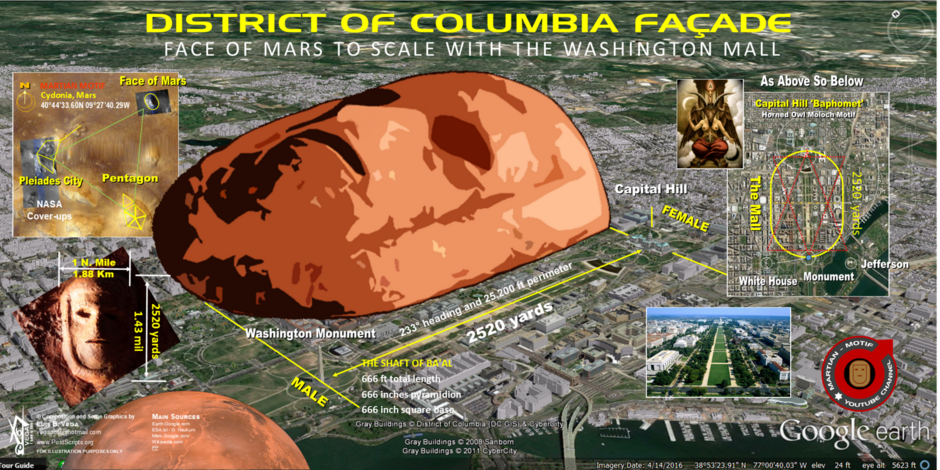 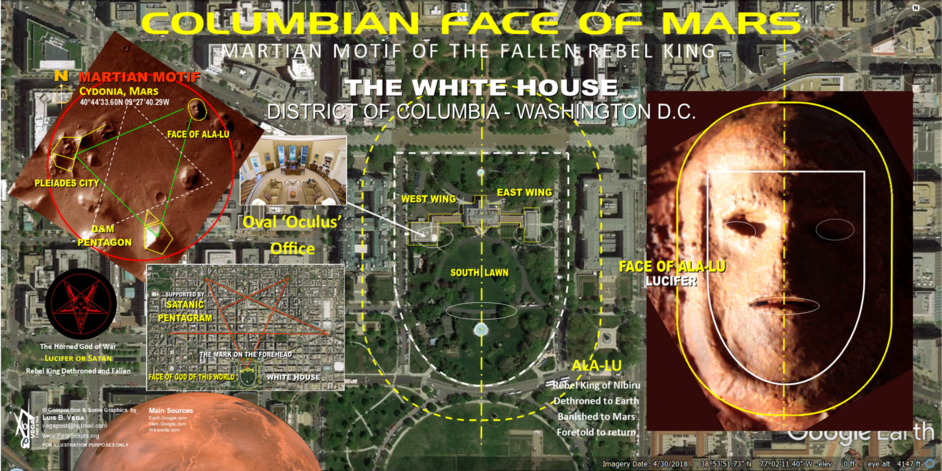 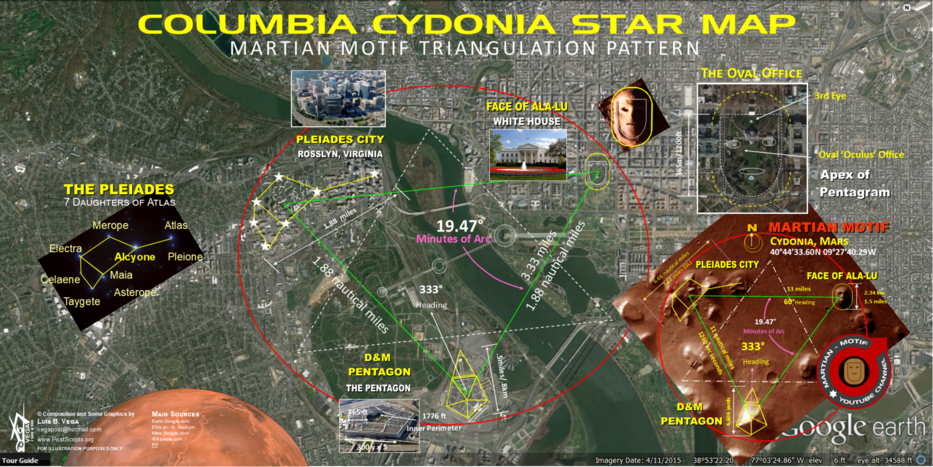