#211:
VIRGO-CHANUKAH CONNECTION
A GESTTION PERIOD OF TIME
Prophetic Patterns of the Coming Restoration

The purpose of this study is to ascertain the ‘cosmic pregnancy’ pattern of the Virgo Sign of Revelation 12 that occurs at least astronomically 1 day after Rosh HaShanah that ends on the 22nd of September, 2017. What this illustration also seeks to highlight not only the approximate 9 month gestation period of Jupiter as a prophetic typology of the Manchild being birthed in Virgo but the 1260 numerical coefficient that is tied to the start of the Tetrad Blood Moons of 2014-15. There appears to be other dates pegged to the Great Virgo Sign or Revelation 12 as it is astronomically to occur on September 23, 2017.

There is an apparent synchronization to other key feasts and/or celestial occurrences. One unique correlation in terms of time is that of the feast of Chanukah. For the year prior to the Virgo Sign in 2016, there appears to be approximately 9 months to when Chanukah starts on the Rabbinical Calendar in relation to the Great Virgo Sign. The next approximation is also 9 months after the Virgo Sign that converges on the Central Blood Moon of July 27, 2018. This Blood Moon is pegged to the one that occurred in 2011 approximately 7 years from that time markers. This particular Blood Moon will be seen over Jerusalem and is referred also as a Bull’s Eye eclipse. It is part of a Triad of 3 consecutive Blood Moons that ‘bookmarked’ the 2014-15 Tetrad.

If there will be a prophetic or geo-political event or occurrence 1260 days after the Virgo Sign that will remain to be seen. Chanukah is an 8-day Jewish holiday known as the Festival of Lights. It is commemorating the rededication of the 2nd Temple in Jerusalem when Israel was under the domain of the Greek Empire. The descendants of one of Alexander the Great’s generals was Antiochus of Epiphanes. He was a Biblical type of the coming AntiChrist ruler of the New World Order and how like Antiochus defiled the 2nd Temple, the coming AntiChrist will defile the 3rd Temple with the event called in the Bible, the Abomination of Desolations.

This was at the time of the Jewish Maccabean Revolt of the 2nd century BC. Chanukah or Hanukkah is the commemorating of this restoration of the Temple worship ordinances. The Feast of Lights is observed for 8 nights and days, commemorating how for 8 days, the oil did not burn-out of the Menorah lamps. The Feast starts on the 25th day of the month of Kislev according to the Hebrew Rabbinical Calendar. Thus Chanukah may occur at any time from late November to late December in the Gregorian Calendar. What is rather interesting is that Chanukah begins at sundown on Saturday, just before Christmas Eve on the 24 December 2016. 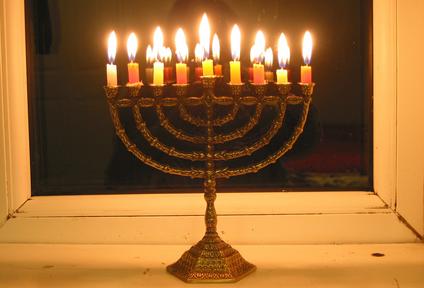 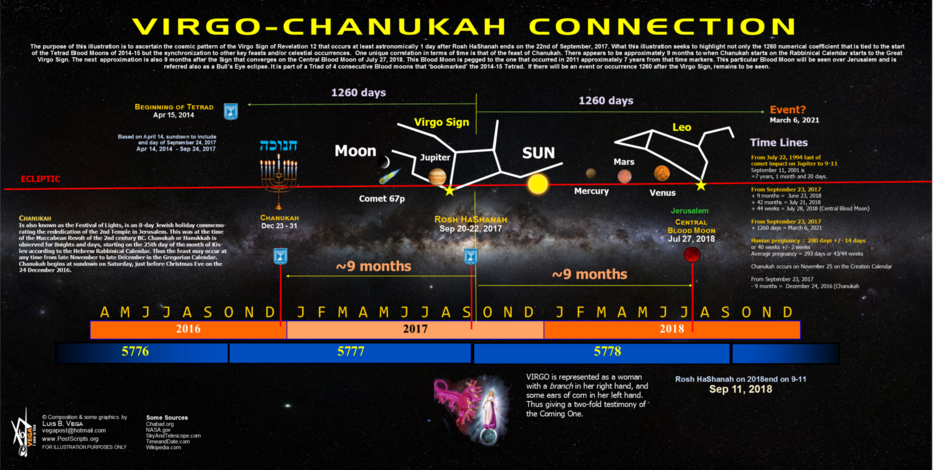