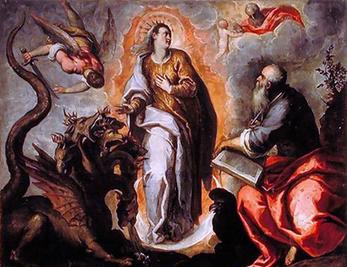 #213:
CELESTIAL WOMB OF THE WOMAN
THE TRANSLATION OF JUPITER
Signs of the Coming Births

‘To the woman He said, I will greatly multiply your pain in childbirth, In pain you will bring forth children; Your desire will be [to be like] your husband, but he will rule over you.’ –Genesis 3:16

The purpose of this study is to show the actual retrograde and ’gestation’ period to begin on November 20, 2016 of Jupiter in the ’womb’ of Virgo concerning the Revelation 12 Virgo Sign. Before Jupiter goes into its Retrograde, it starts slowing down just before approaching the constellation line demarking the ‘womb’ of Virgo on February 6, 2017. The King Planet or in this case the ‘Manchild’ enters into its Retrograde. A Retrograde occurs when a celestial body, a planet for the most part appears to traverse or move ‘backwards’ in the sky. This is due to the varying orbital position and speed of such bodies in relationship to one’s position of observation from Earth. Jupiter keeps moving in a backwards direction until it appears to remains in a stationary positon for some time before it starts moving forward again.

Based on various sources, the planet Jupiter is associated with metaphorical attributes. For example the planet corresponds to the Center Stem of ‘Planetary Menorah’ based on the spectrum of light and color of each of the 7 main planets. This depiction excludes the Sun, Moon and Earth. Biblically specific, it is referred to as the King Planet and the Planet of the Messiah. In relation to the astronomical alignment to specifically occur on September 23, 2017 just after Rosh HaShanah, it is depicting the Jupiter ‘Pregnancy’ as the Manchild that is caught-up or raptured to the Throne Room of YHVH in Heaven. As noted in other studies, recently Jupiter had various electro-magnetic storms in its northern polar region. Such activity produced an Aurora ‘Crown’. Some suggest it was or is a depiction of a typology of a Royal Crown or Crown of Thorns, or even a Kippah perhaps.

As far as the correlation of Jupiter with Jesus Christ, there are some peculiar attributes that are uncanny. For example, the planet is striped. This depiction speaks of the prophetic verse that states that ‘by His stripes’ we are healed. This plane was also ‘pierced’ as with a long ‘lance’ as comet Shoemaker-Levy bombarded the southern region or ‘heel’ of Jupiter. This has echoes of the prophetic battle of the Seeds in which the Seed of Satan or Lucifer would ‘bruise’ His heel but the Seed of the Woman the Messiah or Manchild would crush the head of the Serpent or Lucifer. The comet broke up into 21 fragments (7-7-7) as in 5-777? This event was also approximately 7 years from 9-11. The Virgo Sign configures relatively every year in either September or October as the Sun and the Moon passes along the Ecliptic. What is apparently unique for September 23, 2017 is that accompanying alignments and conjunctions make it stand out.

What is interesting is that at the midpoint of Jupiter’s Retrograde, occurs midpoint on April 10, 2017 which is Passover. Most notably the Retrograde of Jupiter does appear to depict a ‘celestial pregnancy’ within the ‘womb’ of Virgo for approximately 9 months. This celestial Retrograde is what signals this Virgo Sign different than all the rest in history, past, present and future. It takes about 12 years for it to traverse the 12 Signs. However to have it synchronized to the Virgo Sign and Comet 67p adds great significance. If there will be any prophetic significance that remains to be seen. Many are speculating that the Virgo Sign is insinuating the Rapture. Others are speculating that the Virgo Sign of 2017 is a Mid-Tribulation Rapture.

Still others believe it will be inconsequential and are skeptical as they were with the Tetrad Blood Moon phenomenon. As with the Tetrads, there is already much confusion of what takes place where and when concerning the Virgo Sign. For one, the ‘Manchild’ correlating to the ‘birth of Jupiter does not occur on the 23rd of September but on the 9th, some 13 days prior. The Virgo Sign cannot be a Mid-Tribulation Rapture time marker as that would mean the Tribulation started back around 2013. Many however insist the Tribulation period has started. The following time markers will highlight key time markers and show that the position of the ‘birthing’ location is in approximate phi ratio to the ‘Womb of Virgo’.

November 20, 2016
‘impregnated’
Jupiter enters ‘womb’ based on the constellation lines

November24, 2016
Start of Chanukah based on the Creation Calendar
Conjunction with Moon

December 24, 2016
Start of Chanukah based on the Rabbinical Calendar
Chanukah

April10, 2017
Passover on the Rabbinical Calendar

May 16, 2017
Jupiter crosses out of the ‘womb’ line demarcation due to its Retrograde

Jupiter crosses the ‘womb’ line demarcation due to its Retrograde

September 9, 2017
‘Birth of Manchild’ or Translation of Jupiter

Birth of the Manchild
As far as Biblical ‘Signs’ go, this study strongly suggests that in principle, the actual Sign given in the Bible is not the ‘Event’ itself. A ‘Sign’ ascribes a significance or a forewarning as would street signs of pending circumstances. If something or someone is to be ‘birthed’, this event is just signaling that the event is perhaps on the horizon and about to occur. Many others are teaching that the Virgo Sign to occur on 2017 will be the Rapture that will start the Tribulation period. It is not the Rapture event that will start the Tribulation period but the confirming of the Covenant between the State of Israel and the Many.

However this Virgo Sign is a ‘prophetic template’ that can be applied on many levels, to an extent. It speaks of Jesus Christ’s works as a type. On another level of possible prophetic meaning, this Virgo Sign could be related to Israel or a completed gestation period of a ‘body’ associated to Christ’s Body. On the other hand, it can also be associated with the ‘birthing’ of the New World Order and/or its ‘Christ’ Manchild; in this case the AntiChrist.

This study strongly suggests that the Virgo Sign of 2017 is a prophetic motif of past, present and future Biblical fulfillment in synchronization to the whole comprehensive Plan of Redemption. This is occurring on multiple layers and aspects of who, what, where and when. For example, the Virgo Sign of 2017 appears to mirror the ‘Virgo Sign’ of Isaiah 66:6.

‘A voice of uproar from the city, a voice from the temple, the voice of the LORD who is rendering recompense to His enemies. "Before she travailed, she brought forth; before her pain came, she gave birth to a boy. "Who has heard such a thing? Who has seen such things? Can a land be born in one day? Can a nation be brought forth all at once? As soon as Zion travailed, she also brought forth her sons.’

In the Isaiah passage the birth of a ‘Manchild’ prophetically occurs first as it is clearly depicting the rebirth of the regathered nation of Israel in the Last Days. This the reverse order as the prophecy has come to pass; Israel was ‘born’ in a day as the typology of the Manchild in this case and the travailing has occurred since. This travailing is tangibly seen primarily in the Jewish-Muslim conflict that will result in the 3rd World War.

This in turn will facilitate the ‘confirming’ of the Covenant that will allow for the construction of the 3rd Temple, the New World Order and its false Messiah AntiChrist Israel will accept. What is rather ominous is the numerical attribute assigned to the verse. Although the delineation of verses by chapter and verses are not believed to be inspired, it is also canny to suspect a correlation to the Isaiah chapter and verse of 66:6 to perhaps also denoted the coming ‘birth’ of the Beast AntiChrist with his coming 666 Mark. Will the Virgo Sign of 2017 or 5777 suggests such the year to be the case in the Last Days? In terms of Biblical numerology, 5 stands for Grace and 7 for a perfect completions. Does the Jewish year of 5-777 connote thus the possible end of the Age of Grace?
_________________________