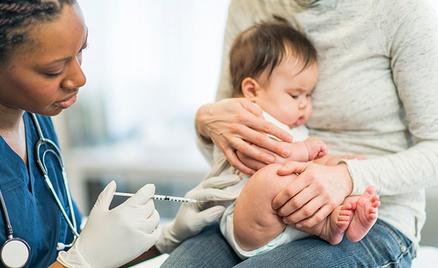 #459:
​WHAT IS A VACCINE?
DEFINITION OF THE INOCULATIONS
The Germ Theory of Disease

‘A Society becomes Totalitarian when its Structure becomes flagrantly artificial: that is, when its Ruling Class has lost its Function but succeeds in clinging to power by force or fraud.’ -George Orwell

The need for vaccines is predicated in the Germ Theory of Diseases. By definition, it is the currently accepted scientific theory for many diseases. It states that microorganisms known as Pathogens or Germs can lead to disease. These small organisms, too small to see without magnification, invade humans, other animals, and other living hosts. Their growth and reproduction within their hosts can cause disease and thus the need for vaccines. The term ‘vaccine’ comes from Latin, cow. According to research into the etymology of the word ‘vaccine’, it accepted that as the 18th century was coming to a close, an English physician named Edward Jenner set about to determine whether there was any truth to an urban legend of his day.

The legend said that Milkmaids who got Cowpox, a disease that caused ulcers on cows' teats and could be spread to humans at the site of a scratch or abrasion did not get Smallpox. This condition was observed, because a case of Cowpox would typically leave a person with a self-contained and localized ulcer or two, usually on a hand. A case of Smallpox would likely cause disfiguring scars at best and full-on death at worst. Jenner inoculated an eight-year-old boy named James Phipps with material taken from a Milkmaid's Cowpox sores. After the boy contracted and recovered from Cowpox, Jenner went on to inoculate him with Smallpox. The boy became immune to Smallpox and did not contract the disease.

Jenner repeated this process with 22 more willing People. One can see that the young boy was not a willing nor consent agent. The process was experimental. This would be abhorrent in the 21st century. But it is not. The COVID-19 is such a similar process in that it is too an experimental inoculation and there are no long-term side effects studies. The COVID-19 shots are being given to millions across the glove having People not realize that they are being experimented on. Jenner published his findings in 1798, in a volume called, An Inquiry into the Causes and Effects of the Variolae Vaccinae. He used the Latin term that translates as ‘Cow Pustules.’ Thus, from Jenner's book title came the use of the terms ‘Vaccine matter’ and ‘Vaccine Virus’ for the Cowpox Inoculum. This is the virus-containing material used in inoculations, and vaccinations as a name for the inoculation procedure. Then French authors writing about Jenner’s work soon after his book's publication used the word ‘Vaccine’ alone as a term for Cowpox, and ‘Vaccin’ for the masculine derivative of Vaccine’ for the Cowpox Inoculum.

What is in the Mix Now?
Vaccine quickly came to be applied in English to the Cowpox Inoculum, and then broadened semantically to cover other kinds of ‘Inocula’ as well. Because of Jenner's work, diseases like Smallpox were eventually eradicated. This was pure Science it is pure and raw application. However, vaccines since then have been added a whole host of elements that have caused the damage of many children. How so? What type of agents are in the 17-20 vaccine regiments for newborn babies?

Vaccines containing these chemicals may cause a serious allergic reaction. For example, Aluminum is in vaccines and is linked to Alzheimer’s, dementia, seizures, autoimmune diseases, SIDs and cancer. Aluminium can accumulate in the brain and cause more damage with each dose. Beta-Propiolactone is known to cause cancer. It is a suspected gastrointestinal, liver, nerve and respiratory, skin and sense organ poison.

Genetically Modified Yeast, animal, bacterial and viral DNA can be incorporated into the recipient’s DNA and cause unknown genetic mutations. Glutaraldehyde is poisonous if ingested. It causes birth defects in animals. Formaldehyde is known to cause cancer in humans. It is a gastrointestinal, liver, respiratory, immune, nerve and reproductive system poison. It has been banned from injectables in most European countries. Then there is Latex Rubber that can cause life-threatening allergic reactions. There is Human and animal cells Lines from abortions and are linked to childhood Leukemia and Diabetes. There is Mercury (Thimerosal) that in tiny doses cause damage to the brain, gut, liver, bone marrow, nervous system and/or kidneys.

Not all Vaccines are Vaccines
It is linked to autoimmune disorders, and neurological disorders like Autism. There is MSG, a toxic chemical that is linked to birth defects, developmental delays and infertility. It was banned in Europe. There is Neomycin Sulphate that interferes with Vitamin B6 absorption which can lead to Epilepsy and brain damage. There is Phenol/Phenoxyethanol that is used in anti-freeze. It is toxic to all cells and capable of destroying the Immune System. Tri(n) Butylphosphate is toxic to the kidney and nervous system. Polysorbate 80 & 20 is known to cause cancer in animals and linked to numerous Auto Immune issues and infertility. Allergic reactions from vaccines that have any of these ingredients can range from mild to life-threatening.

According to Wikipedia, a vaccine is defined as a ‘Biological Preparation’ that provides active ‘Acquired Immunity’ to a particular infectious disease. A vaccine typically contains an ‘Agent’ that resembles a disease-causing microorganism and is often made from weakened or killed forms of the Microbe, its Toxins, or one of its Surface Proteins. The Agent stimulates the body's Immune System to recognize the Agent as a threat, destroy it, and to further recognize and destroy any of the Microorganisms associated with that Agent that it may encounter in the future.

1. Prophylactic
These types prevent or ameliorate the effects of a future infection by a natural or ‘wild’ Pathogen.

2. Therapeutic
These types fight a disease that has already occurred, such as cancer. The administration of vaccines is called vaccination.

Vaccines typically contain dead or inactivated organisms or purified products derived from them. There are several types of vaccines in use. These represent different strategies used to try to reduce the risk of illness while retaining the ability to induce a ‘Beneficial Immune Response’.

Inactivated
Some vaccines contain ‘Inactivated Virulent Micro-Organisms’ that have been destroyed with chemicals, heat, or radiation. Examples include the IPV Polio Vaccine, Hepatitis A Vaccine, Rabies Vaccine and most Influenza Vaccines.

Attenuated
Some vaccines contain live, Attenuated Microorganisms. Many of these are active viruses that have been cultivated under conditions that disable their virulent properties, or that use closely related but less dangerous organisms to produce a ‘Broad Immune Response’. Although most Attenuated Vaccines are viral, some are bacterial in nature. Examples include the viral diseases Yellow Fever, Measles, Mumps, and Rubella, and the Bacterial Disease Typhoid.

The live Mycobacterium Tuberculosis Vaccine developed by Calmette and Guérin is not made of a contagious strain but contains a virulently modified strain called BCG used to elicit an immune response to the vaccine. The Live Attenuated Vaccine containing strain Yersinia Pestis EV is used for Plague Immunization. Attenuated Vaccines have some advantages and disadvantages. Attenuated, or live, weakened, vaccines typically provoke more ‘Durable Immunological Responses’. But they may not be safe for use in Immunocompromised Individuals, and on rare occasions mutate to a virulent form and cause disease

Viral Vector
Viral Vector Vaccines use a virus to insert Pathogen Genes in the body to produce specific Antigens, such as surface Proteins, to stimulate an Immune Response.

Subunit
Rather than introducing an Inactivated or Attenuated Micro-Organism to an Immune System which would constitute a whole-agent vaccine, a Subunit Vaccine uses a fragment of it to create an Immune Response. One example is the Subunit Vaccine against Hepatitis B Virus, that is composed of only the Surface Proteins of the virus previously extracted from the blood serum of chronically infected patients. It is now produced by recombination of the Viral Genes into yeast).

Conjugate
Certain bacteria have a Polysaccharide Outer Coat that is poorly immunogenic. By linking these outer coats to Proteins (e.g., toxins), the Immune System can be led to recognize the Polysaccharide as if it were a Protein Antigen. This approach is used in the Haemophilus Influenzae Type B Vaccine.[48]

Heterotypic
Heterologous Vaccines also known as ‘Jennerian Vaccines’, are vaccines that are Pathogens of other animals that either do not cause disease or cause mild disease in the organism being treated. The classic example is Jenner's use of Cowpox to protect against Smallpox. A current example is the use of BCG Vaccine made from Mycobacterium Bovis to protect against Tuberculosis.

RNA
An mRNA vaccine (or RNA vaccine) is a novel type of vaccine which is composed of the Nucleic Acid RNA, packaged within a Vector such as Lipid Nanoparticles. Among the COVID-19 vaccines are a number of RNA vaccines under development to combat the COVID-19 pandemic and some have received Emergency Use Authorization. Many Scientists and Doctors dispute that this new mRNA technology that has never been injected into Humans is not a ‘vaccine’ but Gene Therapy.

Experimental
A number of innovative vaccines are also in development and in use: Dendritic Cell Vaccines combine Dendritic Cells with Antigens in order to present the Antigens to the body's White Blood Cells, thus stimulating an Immune Reaction. These vaccines have shown some positive preliminary results for treating brain tumors and are also tested in Malignant Melanoma.

DNA Vaccination
The proposed mechanism is the insertion and expression of viral or bacterial DNA in human or animal cells. They are enhanced by the use of electroporation, triggering immune system recognition. Some cells of the Immune System that recognize the proteins expressed will mount an attack against these Proteins and cells expressing them. Because these cells live for a very long time, if the Pathogen that normally expresses these Proteins is encountered at a later time, they will be attacked instantly by the Immune System. One potential advantage of DNA vaccines is that they are very easy to produce and store. Other Doctors and Scientist state this is ‘Gene Therapy’.

Recombinant Vector
This is done by combining the physiology of one Micro-Organism and the DNA of another, immunity can be created against diseases that have complex infection processes. An example is the RVSV-ZEBOV Vaccine licensed to Merck that was being used in 2018 to combat Ebola in the Congo.

T-Cell Receptor Peptide Vaccines
These are under development for several diseases using models of Valley Fever, Stomatitis, and Atopic Dermatitis. These Peptides have been shown to modulate Cytokine production and improve cell-mediated immunity. They target and identify Bacterial Proteins that are involved in complement inhibition to neutralize the key ‘Bacterial Virulence Mechanism.’

Plasmids
The use of Plasmids has been validated in preclinical studies as a Protective Vaccine Strategy for cancer and infectious diseases. However, in human studies, this approach has failed to provide clinically relevant benefit. The overall efficacy of Plasmid DNA Immunization depends on increasing the Plasmid's ‘Immunogenicity’ while also correcting for factors involved in the specific activation of Immune Effector Cells.