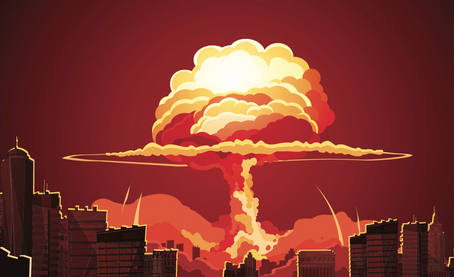 by Luis B. Vega
for PostScripts News (PSN) | www.PostScripts.org
vegapost@hotmail.com

‘People will live in it, and there will no longer be a curse, for Jerusalem will dwell in security. Now this will be the plague with which the LORD will strike all the peoples who have gone to war against Jerusalem; their flesh will rot while they stand on their feet, and their eyes will rot in their sockets, and their tongue will rot in their mouth. It will come about in that day that a great panic from the LORD will fall on them; and they will seize one another's hand, and the hand of one will be lifted against the hand of another.’ –Zechariah 14:11-13

The purpose of this illustration is to show that only 1 atomic 150 kiloton detonated on the 1 major population hub in Honolulu would destroy the Islands. On January 13, 2018 an imminent incoming missile alert was issued to the residents of the Hawaiian Islands. The alert was a false alarm. Nothing is by accident at those levels. Now that N. Korea is a real threat and can launch a missile, the powers that be do want to know just how prepared the populace would be and what they would do and what the reaction would be....just a controlled experiment. in light of the missile alert fail.

I actually researched a website that predicts a scenario of just how many people would be affected with just 1 nuclear missile detonation based on certain levels of detonated power, etc. Attached is a pdf of such a result for Honolulu and the number of probably outcomes given that reference point. Based on the computer model, your church and area, would barely escape the direct ground zero detonation and the radiation wind fallout but not by a lot! Estimated total-dose fallout contours for a 150 kiloton surface burst (50% fission) with a 15 mph wind.

Nuclear Fallout model based on the following variables.
Total initial estimated fatalities: 142,600
Total Estimated injuries: 167,700
In any given 24-hour period, there are approximately ~471,000 people in the 1 psi range of the most recent detonation.
Effects radii for 150 kiloton airburst* (smallest to largest):

Radiation radius (500 rem): 1.94km (11.8km²)
500 rem radiation dose; without medical treatment, there can be expected between 50% and 90% mortality from acute effects alone. Dying takes between several hours and several weeks.

Fireball radius: 450 m (.64 km²)
Maximum size of the nuclear fireball; relevance to lived effects depends on height of detonation. If it touches the ground, the amount of radioactive fallout is significantly increased. 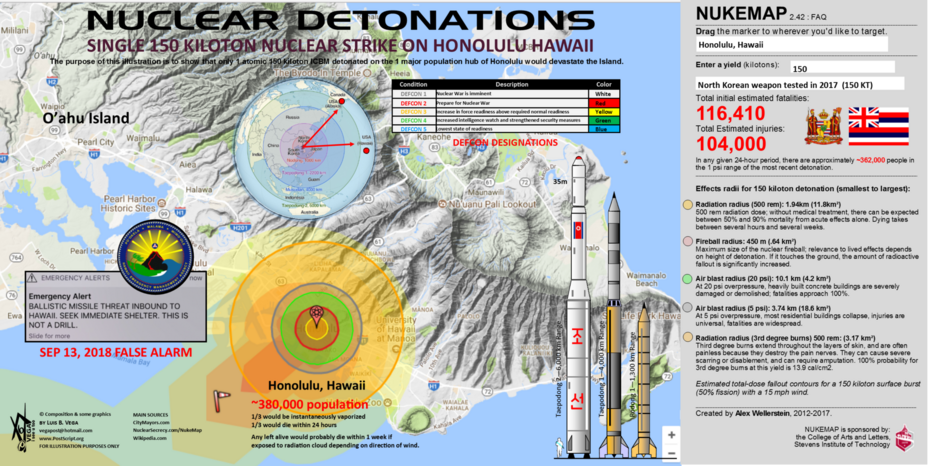