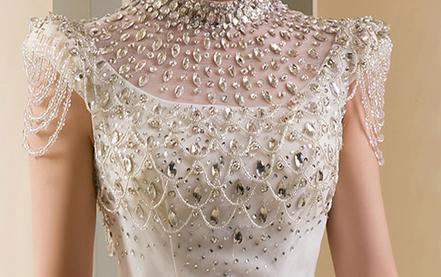 ‘Then one of the 7 Angels with the 7 Bowls full of the 7 Last Plagues came and said to me, “Come, I will show you the Bride, the Wife of the Lamb.” And he carried me away in the Spirit to a mountain great and high, and showed me the Holy City of Jerusalem coming down out of Heaven from God, shining with the Glory of God. Its radiance was like a most precious jewel, like a jasper stone, clear as crystal.’ Revelation 21: 9-11 (and opposite of 12)

The purpose of this study is to depict the post Revelation 12 Sign signatures or signage as they relate to the conjunction of the various celestial variables still to occur. In essence, it will like a ‘snap-shot’ of certain key points and junctions along the Ecliptic for one’s further study, watch, discernment, and encouragement. As the Revelation 12 Sign came and apparently ‘went’ to most. Many are suggesting that the Sign is not done yet. Some researchers propose that as the Sign dissipates the movement of the various ‘lights’, that are the Sun, Moon and the Stars as in Planets may yet have messages to tell and perhaps give clues to the conclusion of its prophetic message. This study is setting aside the notion of how the Sign was tagged or still is or could be to possible Rapture dates as that was what most were hoping for and have become disappointed that it did not occur.

In the aftermath, there has been a varied degree of responses from denial, anger, grief depression and new resolve, etc. This study will hopefully also serve to encourage and strengthen those that continue to watch. The aim of the timeline is that although dates are highlighted, they are only considered at key points in time on the Ecliptic as mentioned because they pertains to conjunctions of the Sun, Moon and the Planets that are still to occur and are interesting to consider. There will also be 3 other points on the Ecliptic in relation to time that appears to be prophetic. One such point is that of the astronomical delineation of where the ‘womb’ of Virgo is at and how the celestial lights, all-inclusive would appear to be ‘birthed’ from it. The second point of interest pertains to the line of Virgo from the main Star of Spica to the left leg region of 98 Vir.

This is of interest only because the latest ‘buzz’ is that perhaps the actual ‘birthing’ nexus point of when Jupiter crosses over this threshold is believed to be the day of the ‘Rapture’… The date in question is October 13, 2017. Why? It is because this would or constitute the delivery of the Manchild, free and clear of Virgo, etc. This remains to be seen. What could be problematic is that it would appear that the same ‘faith’ rationale and assertion template that was used for inferring the same of a September 23, 2017 Rapture date is being used again. Statistically one can infer that the odds will end up the same as such are proposing this day as one among many Rapture dates still to cycle through. However, this study just aims at just presenting the depictions.

What is very interesting however as to this possible correlation is that the date of October 13 is the 8th Day, Shemini Atzeret. It is called the Day of the Great Assembly when the King of Israel would summons Israel and he would read from the Law before them in the Temple. This awesome day come off the Last and Great Day of Sukkot. No, Jesus did not rise on a Sunday or the 8th day but on the Sabbath, etc. Many believe this is a type of the scene of Revelation chapter 4 and of Daniel that saw thrones set up and the Ancient of Days take His seat and read from the Law or ‘Seals’. End Time Bible scholar’s asset that this depiction is what will occur soon after the Rapture and one is to be presented before ether King at the Bema Seat of Christ, etc. What is also amazing and astonishing beautiful is that although it occurs every year, the Sun will cross the left hand of Virgo that is hold the ears of corn, the ‘Seed’ if you will.

This depiction also of the Sun as if Virgo is holding it with her hand at this place and time suggests that it is serving as a ‘lamp unto her feet’. Thus, this has some profound Biblical types and shadows of how there is the Parable of the 10 Virgins. It speaks of the wise ones having enough wisdom to calculate for a time of slumber as their lamps continued to be lit thereafter. It also casts a shadow (no pun intended) of how the Sun, or in this case, the Son Jesus is ‘the Light of the World’ and has given that Light to His Bride. What is peculiar is that in 2017, that astronomical nexus point occurs on the 8th Day, when there is the ‘Call to Assemble’ before the King. Oddly enough, it is on the Friday the 13th. As many insinuate the day of the Rapture at such a Feast, this study is only depicting the occurrence astronomically without judgment.

Nonetheless, just after Jupiter clears the astronomical line designation of Virgo on Friday the 13th of October, 2017, the depiction of the Virgo Sign will encapsulate over 60% of the planets spanning the whole breathe of the constellation and to suggest a ‘wedding dress’? In what sense? It is unique that at this place and time over half of the planets are found in this Sign of Virgo, excluding Neptune and Uranus and even Saturn as some would suggest that it was and is actually part of the Virgo Sign that was ‘missed’. The Illustration will also depict the phases of the Moon that along with the Sun would appear as if they are shepherding the planets through the constellation of Virgo. This could be likened to the procession of the Bride down the aisle as her Bridesmaids or some attendants help with her train, etc.

What this study finds is that if one considers all the celestial lights that originally were purported to make up the Great Sign of Revelation 12, the last luminary, that of Mars will totally clear Virgo and enter Libra on January 2, 2018. This would mean that from September 23, 2017 up until the New Year in the Gregorian calendar, the Sign is still in play in one aspect and possible interpretation. Now what that all could mean… that remains to be seen. However, hopefully this is a good example of a fellow Revelation 12 Teacher encouraging the community to further consider the Sign in all it spender and in the context of maintaining its integrity for what it represents without Rapture date-setting the Rapture to it. It is also to be reminded of the types and shadows of the Feasts that gives the Church a prophetic template to appreciate as well. One has to for the sake and sanity, at this point of the Flock of Jesus by diligently studying, praying for discernment as the LORD Jesus commands His Flock to be looking up and keep watch.

Aside from the constant date-setting that continues and that some have unapologetically stated that ‘they will continue to date-set because the Bible does not say one cannot do that’. Well that is between them and Jesus but perhaps such don’t have to deal with the fallout of some whose faith has been shaken to the core. Many have been damages as a result of such consistent and persistent date-setting of the Rapture that is continually being pegged to such astronomical points in time and Feast of YHVH. In terms of encouragement, if one may…what is spectacular is that during this time from October 13-31, Virgo will be as if ‘adorned’ with ‘diamonds’ in a wedding dress. Thereafter the planets begin to move out complete out of Virgo.

As noted, nearly 60% of all the planets in the Solar System will be in Virgo during this time. It can be seen as a beautiful ‘picture’ of the wedding dress arrayed with ‘lights’. In some nations the dress of women on special days or of weddings is adorned with candles or lights that glimmer and shine/reflect from precious stones and/or diamonds in some cases. Has Virgo, the Bride of Christ metaphorically or more appropriately ‘astronomically’ made herself ‘ready’ as’ she has made her garments ‘illustrious’ now?’… Are they now ironed-out, pressed, polished and ready for display to please her Groom as He perhaps is soon to call her? Can it be, will it be no different as a possible astronomical parallel.

Perhaps the Groom, Christ Jesus may choose to use such celestial lights as the Sun, Moon and the Stars as a rehearsal of how He has given His Corporate Body an End Times Sign. Will such an astronomical depiction one day see His Bride having adorned herself with such luminaries that could be suggested at this time? Is she now read like the New Jerusalem?