The purpose of this study is to suggest that the city of Buenos Aires in Argentina has the Cydonia Pleiadian design layout. The 3 main motifs are the Pleiadian star pyramid City, the Pentagon fortress and the Face of Mars appear to be replicated along the same ley-lines of the waterfront city. The Face of Ala-lu corresponds to the Hipodromo de Palermo and is rotated 90 degrees. The Pleiadian Pyramid City outlines the entire Ecological Reserve with 6 main skyscraper hubs along with the English Tower.

The layout also construes a pentagram that is inverted from an east-west orientation and is fixated at the Presidential Palace, La Casa Rosada or the Pink House. The apex of the converging ‘pyramid’ with the pentagram produce a ley-line to the obelisk at the 9th of July Avenue. The base of this ‘pyramid’ has the Congress building also in direct line to the Presidential Palace. This avenue also matches the ley-line the inverted ‘triangle’ of Cydonia that produces a hexagram.

The financial center usually corresponds to the Pleiadian Pyramids, thus towers and skyscrapers. The Banksters are usually also in collusion with the state and church to control the masses through such usury. There are actually 6 main hubs or skyscrapers along the waterfront.  The Ecological Reserve along with the bub of 6 hub towers make the depiction of the Pleiades motif. From the east-west orientation of the ‘pyramid’ with the Casa Rosada as the apex, the encrypted pentagram construes the classic Luciferian motif of the truncated unfinished ‘Tower of Babel’.

It is an homage to Nimrod who instilled the religion, economy and government of the lovers of Mammon whose god is Lucifer. Such control all the financial centers of the world. The template, it seems incorporates the main motifs of this Cydonia, Mars construct that according the esoteric knowledge was built by the Watchers before the Flood of Noah with Humanity and Fallen Angels mixed and perhaps even visited such places like Mars and other planets as the Sumerian cylinder scrolls attest. This template is but a remnant of the former days of the Golden Age of the Atlanteans. The Cydonia, Mars motif with respect to Buenos Aires’ layout is nearly exactly replicated as if the complex on Mars is ‘casting its shadow’ on Earth with a 180° horizontal and subsequent 45º vertical rotation. The following are some approximate measurements from GoogleEarth coordinates.

A second illustration also suggests that the core of the Buenos Aires city ley-line is construed to the Luciferian Masonic truncated pyramid motif. This is the classic 13 step unfinished pyramid that is an encrypted rendition of the 1st Mason, Nimrod whose Tower of Babel was interrupted by YHVH. The pyramid is also suggested to incorporate a countdown ‘clock’ to when perhaps Lucifer will be coming down to finish his ‘tower’ which is in actually also a Temple. In fact it the 3rd Temple in Jerusalem that will be built at some point in time. The Casa Rosada or the Presidential Palace has a ‘Sun’ motif at the main entrance. This house is thus corresponding to the All-Seeing Eye of Lucifer. This is an encrypted ‘Light’ as the national emblem has a Sun rising with light rays much like that of the Lands of the Rising Sun as it comes up from the Atlantic Ocean.

The Plaza de Mayo in front of the Presidential Palace is the ‘gap that is between the truncated pyramid and this ‘All-Seeing Eye’. The pyramid motif is laid out as the symbol of the element of air. This is befitting of the name for the city, Buenos Aires which is Spanish for Good Air. The 9th of July Avenue depicts this Air element motif. In a diagram of the 4 elements, that of air, earth, fire and water, if Argentina is the ‘air’ correspondent of the Earth’s coordinate, the U.S. would correspond to the earth. The Pacific Ocean would correspond to the water motif and Africa with its hot deserts would correspond to the fire motif.

The diagonal of the pyramid at this intersection is the Obelisco or obelisk. Is official reported height is at 67.5 meters tall but depending on the consideration of how tall the lighting rod can be, it was designed to approximate 6.66 meters high. This number would not be likely broadcasted as it would arouse legitimate concerns of the Luciferian kind. The center ley-line of this ‘pyramid’ from La Casa Rosada terminates with the Congreso Nacional or the National Congreso. The entire expanse to include the Plaza del Congreso and the Mariano Moreno Plaza is equal to the year of Argentina’s independence, 1816; thus 1816 ft. The following are some approximate measurements from GoogleEarth coordinates.

What is amazing to consider is that the Congreso plazas construe an anthropomorphic dimensions as are most such public palaces and prominent government building found in Europe of which the architects were from. It appears that the human form is in direct proportion standing on a box or pedestal. Upon further analysis, this pedestal corresponds to the Mariano Moreno Plaza. It is a reversed ‘pyramid ‘clock’.

When one applies the Longitude-to-Year Theory as shown in many other eschatological studies, the pyramid portion of the plaza at the base corresponds to the coordinate 17.76. Thus this study suggests that this coordinate is a deliberate match to where the plazas where situated and how they were designed cryptically to match the Luciferian Masonic Tower of Nimrod with the May 1, 1776 birth of the Columbian Illuminati branch in the Americas. These are the same as the Luciferian Masonic motif of the unfinished tower of Nimrod.

The square portion has a circular design that matches the intervals of the hours of a day on a clock. The motif appears like an old European desk clock, which this study exactly suggests it is, a pyramid countdown clock. When the coordinates are correlated, they start with 1666 at the pyramid’s apex and mirror 1966 at the squares base. The center fountain is at 1888 and the edge to start with the feet of the anthropomorphic form standing on this ‘clock pedestal’ is at 2033. Is this the encrypted time of years perhaps Humanity or mankind has left to stand on?
____________________________ 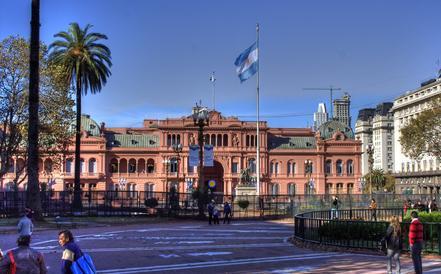