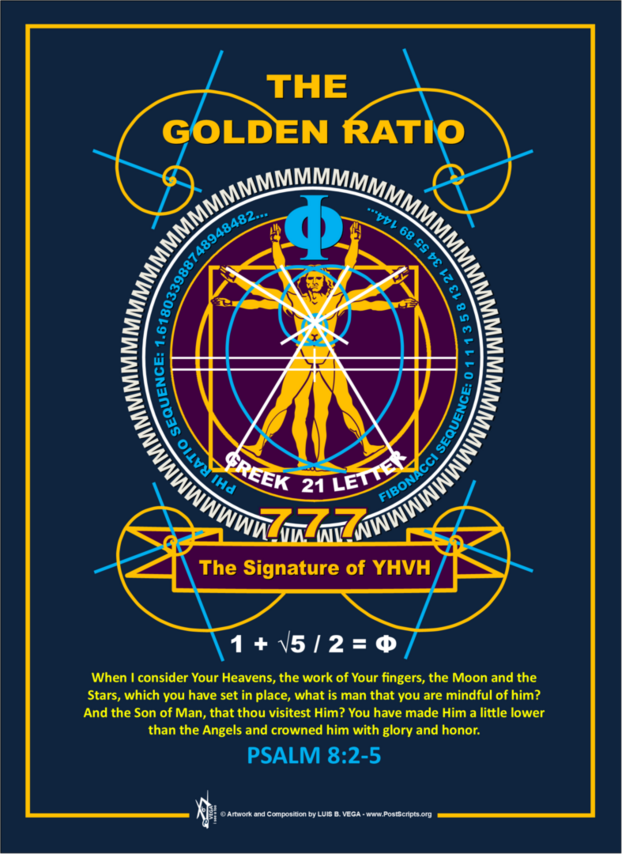 ‘When I consider Your Heavens, the work of Your fingers, the Moon and the Stars, which you have set in place, what is man that you are mindful of him? And the Son of Man, that thou visitest Him? You have made him a little lower than the Angels and crowned him with glory and honor.’ –Psalm 8:2-5

In honor of Pi Day, every March 14 of a given year the 3.14159265359…mathematical constant is celebrated. What is unique in 2015 is that it is the only time in the century that the digits match the calendar date, in the western sequence numeration. Thus, the rendering of March 14, 2015 or 03-14-15 matches the first pi numbers of 3.1415… Only once in a century, the 15thyear is this correlation possible. The official celebration begins at 1:59 p.m., to make a corresponding match of3.14159 when combined with the date. For some, the celebrations in 2015 will start at 9:26 local time which is the next subsequent digit variables in the continuum. This correlation of the pi number to the date of the year is not anything of itself other than a neat matching. Also, the number 360 is at the 359th digit position of pi.

In mathematical terms, Pi is an irrational number meaning it cannot be an exact calculated number. In other words, its integer calculation continues on into infinity. The notion of Pi has intrigued Humanity since its concept was first ascertained, especially in studying the geometry and properties of the circle. The circle is the primary domain of the pi constant that defines the ratio of a circle’s circumference to its diameter. One oddity though about the randomness of the digits is that as pi is related directly to the circle, the circle having 360 degrees in a circle approximates this matching. With this understanding in conjunction with the counterpart of phi, the ancient civilizations were able to construct the great Ziggurats, Pyramids and Temples.

Another unique attribute of the Pi digits is that there appears to be no observable repeating pattern of numbers. The concept of pi is seen in many aspects of creation, from geometry, architecture, and mathematics to name a few disciplines. It has only been through modern super computers that such integers can be calculated to the trillionth place and so on. In the ancient world, the Babylonians, Egyptians, Chinese and Indians, at most could calculate pi anywhere from 3-7digits after the decimal point on average. According to research, it was Isaac Newton in 1666 that was able to confirm a 15-digit approximation of pi using his new found mathematics called Calculus. As in Bible codes, many scholars, mathematises and scientist took decades to accurately calculate pi. In the mid-1800s, the digits after the decimal were in the 700th place.

The Golden Section
Today, with supercomputers, the record for computing pi is held by Japan as it computed the trillionth digit of pi in about 400 hours. Coincidentally, a Japanese holds the record for memorizing the pi digits to about nearly to the 40,000th place. The Greek letter Pi was used by mathematics in the late 1700s to mid-1800s as were other Greek letters incorporated into mathematical formulas and equations. They were used to represent such irrational numbers that cannot be exact. This is in part due to the fact that the Scientific Revolution relied much on the neo-classical works of the ancient Greeks. There was much archeology in the ancient world done by Europeans at the time and many ancient Greek manuscripts, to include copies from Plato, Archimedes to the New Testament were discovered.

Pi is the 16th letter of the Greek alphabet. The number 16 can be rendered also as 8+8 or 88. There are many studies that investigate the number 88 as there are many unique attributes to it. For one, it is the solar cycle of Mercury’s year. This 88-day pattern is also seen in certain intervals of Blood Moons and lunar cycles. According to further research, the Bible in 1 Kings 7:23 demonstrates the use of the pi ratio. This mathematical constant has to do with the building of YHVH’s Temple by Solomon. Of course, as it is a facsimile of the real one in Heaven, it would involve the sacred cubits and dimensions of the circle and the square. The Bible describes the vessel for the ceremonial washing in Solomon’s temple. ‘And he made a molten sea of ten cubits from brim to brim . . . and a line of thirty cubits did compass it round about.’ Based on their mathematic using the sacred cubit, the measurements are as follows.

The following are some notions of how the Phi Ratio that is associated with the Golden Ratio and the Fibonacci Sequence is related to pi. The value of phi is approximately 1.618and like pi; it is an irrational and transcendent variable. One unique attribute about phi, if by coincidence in being chosen to represent this mathematical constant is the 21stletter in the Greek alphabet. The number 21 can be rendered 7-7-7 that Biblically speaking is attributed to YHVH’s Word. This series of 7s is a primary pattern and code of many of YHVH’s revelations. The number 7 is a number denoted completeness. Having a triple rendering emphatically denotes resolution to not only a completion but a perfection as it is directly connected to the Genesis account of the 7-day creation and that of the Universe. The 7thnumber is associated with GOD’s counting of time as the 7thday is the Sabbath. There are many other patterns that can also be mentioned.

This relationship is best described in the Great Pyramid of Giza. In one relationship, the pyramid’s base and height is based on the Phi Ratio. It relates to the fact that 4, as in the base when divided by the square root of phi almost approximates to pi. The pyramid is also incorporating the circle and square proportions that have been researched to encode the number for the speed of light, the circumference of the Earth, etc. To some, the monument of the Great Pyramid stands as an attempt to ‘square the circle’. Leonardo da Vinci attempted this as many from ancient times to ‘square the circle’ which is mathematically impossible.

Nonetheless his famous Vitruvian Man depicts this attempt as seen in the very composition and dimensions of the human body no less. There are many studies that show that the human form is subject to the approximation of this mathematical variable of phi. As no 2 bodies are alike and there are varying proportions, not every single human being will exactly match the phi ratio proportions. Perhaps the original form of the body of Adam and that of Eve were. Such would have been the ideal and true copy of the proportion that according to the Bible, if they were formed in the image and likeness of YHVH, then the Creator has such dimensions constituting His being ins some mysterious and majestic way.

The numerical constants phi and the Fibonacci Sequence are believed to be the ‘code’ of Creation that in some respects, verge on spirituality as the dimensions of all living things and those that mankind creates follow such a ratio. It is rather interesting that Calculus comes from the root word to count, as in the ancient Greeks did. The Greeks divided numbers also by their groups that constituted geometric shapes. For example, the number 3 would equal a pyramid, etc. There are other unique mathematical equations that others have discovered that seem to suggest that Biblical prophecy is subject to such mathematical constants and transcendental conceptualizations on more than a mathematical level and understanding. Phi is the only number which has the mathematical property of its square being one more than itself. For example, according to research, if one adds the first 144 digits of pi the sum will be the number 666.

What is also seen in the book of Revelation is the multi-layered mathematical pattern of 7s and 144. Specifically, the 144,000 that will be marked of YHVH from each tribe of Israel to be witnesses of Jesus, which is Yeshua, the Jewish Messiah. One interpretation of this counting relates to how the LORD will have a Witness specifically for national Israel as it was in the Old Testament times. This will constitute the Time of Jacob’s Trouble as the Bride of Christ and the Church Age concluded its Royal Commission, a 7-fold dispensation of the 7 Church periods. This Church Age mirrors the subsequent judgments that occur in 7s and in the Phi Ratio. The Bible in Revelation even exhorts the reader to be a mathematician and ‘count’ or calculate the number of the Beast, 666.
________________________________

The following is a graphic art composition showing the properties of the Phi Ratio or Golden Section in honor of Pi Day.
www.PostScripts.org/Posters.html for online PDF illustration in Poster section 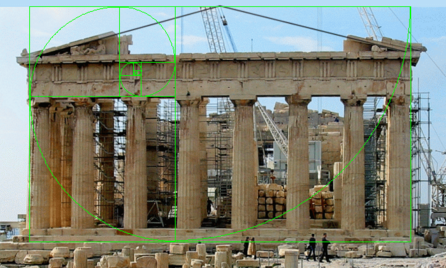