#517:
723
VISION OF THE RAPTURE DATE?
A Correlation of the True Feast of Pentecost

​The purpose of this study is to share a 'Dream' or 'Vision' one had about a number, 723. As a disclaimer, one is not a Prophet or ‘A Son of a Prophet’. One would hope one is ‘Prophetic’ in terms of insight only. In fact, one does not take stock in 'Dreams' as such until one had a Near Death Experience. One usually does not remember any Dream details, but glimpses here and there as a Flashback perhaps. For what it is worth concerning the many speculated timelines of the Rapture event, about 2 weeks ago from the writing of this essay, one did have a Dream. It was ‘Flashback’ from what was remembered and it had to do with a Number that 'flashed' across a screen or a canvas it seemed. But then one 'forgot' about it or did not pay attention to it. Then about 2 days afterwards, that precise part of the Dream and/or Vision appeared exactly as one had seen it, as if one was again to be reminded of it.

So, a reminder occurred about a number, in particular as to say, ‘pay attention’. This is really the only reason why one is sharing it then. So, perhaps it could be of some prophetic significance? The number 723 'flashed' across a white pane background in black ink as if a Painter made a swoosh with a brush across the White Canvas. Not sure what it might mean. Is it a date perhaps? The obvious correlation would be 7-23 as in July 23rd? It would workout with the '7-day' factor to make it July 30 then. (23 + 7 = 30) Many Students of End Times also suggest a 7-day waiting period or countdown as it occurred with Noah. It is rather Interesting. There was nothing else that came with the Flashback of the Number 723 and no hint or info/intel was given about it or ever since.

One is not saying the Rapture will be on that day, probably not. But could be a significant day in some form or way for sure. It could be a particular Spiritual Milestone on the other side or a prelude perhaps that will manifest on that day. It will remain to be seen. But for the 'Summer Wheat Harvest Zone' in 2021, one still has that 1st Week in August to consider of a possible timing. But one and others do sense the 'Overtime' is occurring now, which is exciting to see what Jesus will do. One then did share this 'Flashback' with the Revelation 12 Daily Blog as perhaps some may have more information on it or insight into 'Dreams' and/or Visions. Cristina from the Blog mentioned that July 24th happens to be Tu B’Av. It actually starts the day prior on the 23rd at Sunset.
So, this is exciting as one should have researched what the Jewish Rabbinical Calendar would have correlated to July 23 (723). Tu B’Av is a prophetic type of the Rapture.

She gave an excerpt from an article about Tu B’Av. 'But the date is already fixed in our calendar as the greatest 15th of them all. The 15 of Av provides us the first glimmers of the Full Moon of Moshiach. And with the revealed arrival of Moshiach. The 15th of Av will be truly revealed as our Greatest Festival.' Could it be rather that their Messiah, Jesus is not coming for them but for a majority Gentile Bride that ‘has made herself ready’?

It is very interesting though as around this time of the Feast Cycles, the Watchers who study the End Times do start to pick-up on the prophetic type of Tu B’Av or the Jewish Valentine’s Day. And that it occurs on the Full Moon. Then there was Gary or Jeff at Unsealed.org that wrote-up an article about that, that if and when the Rapture does take place, that it would be at a Full Moon. The following is the Date Converter. Then the portion of the Torah that is read during this day, 723 is the following from Deuteronomy and Isaiah on this day will be noted.

It is rather interesting that the 7-Haftarah starts on this day that sets-up the countdown to the Feast of Trumpets. It seems to mirror the 7-fold Church Age the 7-Branch Menorah, the Creation Week to suggest a ‘beginning and an end’ to a matter and/or time. Could such a countdown suggest when perhaps the AntiChrist could come? This would mimic the timing of how, based on the Sabbatical Cycle of 7 years, the start and conclusion of the Tribulation would start with the Fall Feasts, Fall 2022 to Fall 2029. And to precisely calculate that Jesus returns on Yom Teruah on September 11, 2029, if the calculation is true.

Well, as mentioned, this 723 ‘Dream’/Vision did/does seem interesting and perhaps a prompting but maybe it is a Dress Rehearsal, a run-through or to suggest the Season or Time is near perhaps? The Minor Feast is rich with prophetic types of the Rapture event. It involves a Bride, Working in the Vineyards, a Harvest, a Resurrection, the End of Wilderness Curse, Crossing Over into the Promised Land, etc. This time last year, precisely the prophetic types of the Minor Feast of Tu B'Av were discussed and its implications for the Season or timing of the Resurrection/Rapture event.

It is a type of the Rapture, for sure. It is a picture, literally of the Maidens dancing in the Vineyards being ‘snatched’ away, etc. One will have to see what pans-out on the 23rd of July.  The Feast does start on that 23rd at Sunset, if one counts and goes by the Jewish Calendar. According to the research on Tu B’Av, the 15 of Av officially starts the Grape Harvest. And it ends on the Day of Atonement, Yom Kippur. This is interesting, as yet another connection that lends credence to how ‘when Pentecost fully came’ was then the Feast of New Wine. So, one really likes all the Prophetic Correlations as it was mentioned by Bob, also from Revelation 12 Daily Blog. Eventually, just on the Law of Probability, one day, a proposed Rapture Date will coincide.

As it is, concerning ‘Dreams’ and Visions, there is a lot of craziness occurring with outlandish assertions and Date Setting concerning the day of the Rapture. One is not judging any other’s predictions or calculations about the Rapture date, but it is unknowable. What is the difference between such People and one like this Researcher and/or others that seek to study the Rapture time sequence? Or what is the point in sharing this private ‘Dream’ and/or Vision of a Number 723 that ‘flashed’ across a Canvas? One is only suggesting a possible ‘Season’ and do not go beyond Scripture of what is only given as pieces of the Prophetic Puzzle as it were regarding the Resurrection/Rapture.

One can never say with 100% certainty when the Rapture date will occur. No one can. To speculate and calculate on Feasts or Prophetic Types is fine in one’s assessment but one has problem when others emphatically declare the Rapture Day without reservation nor remorse of stopping when it fails. That is why one hesitated in even sharing this Dream about the number 723 that could possibly be tied to the Rapture. It is the only time one has ever shared this, and one does feel very uncomfortable in doing so, because in doing so, then one has crossed over onto the ‘Wild Side’. But maybe sometimes a ‘Walk on the Wild Side’ is needed? No. So, to give a Disclaimer that one is not suggesting the Rapture date will be on July 23.
___________________ 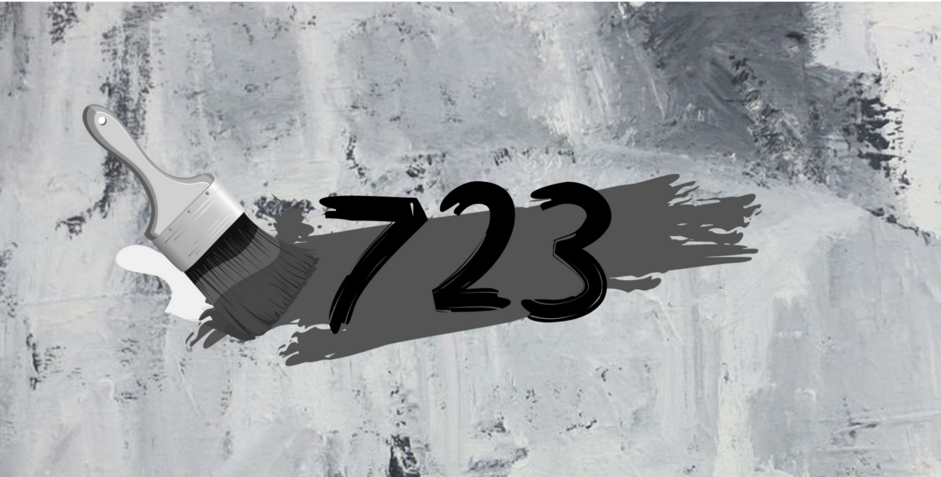