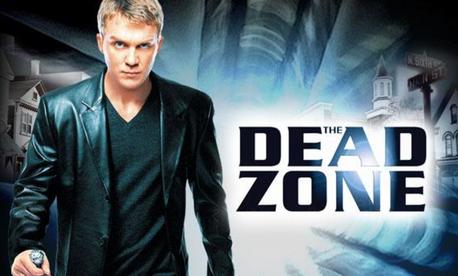 ‘Or if I send a plague into that land and pour out My Wrath on it through bloodshed, killing its people and their animals, as surely as I live, declares the Sovereign LORD, even if Noah, Daniel and Job were in it, they could save neither son nor daughter. They would save only themselves by their righteousness.’ – Ezekiel 14:19-20

The Bible declares that a plague or pandemic is a sign of judgment upon a nation and its people for their many sins. In the Old Testament, YHVH warned Israel that He would bless them if they kept their hands and hearts pure before a righteous GOD. That GOD would keep the People of His possession from plagues and calamities, famines, etc. On the contrary, if His People, Israel would willfully sin and rebel, YHVH would visit the People with the same plagues, famines and destruction the other nations were judged with. As the book of Revelation unfolds before the eyes of the world, the present series of pestilences in the form of plagues are a sure sign that judgment has begun.

The purpose of this segment is to make one aware of the predictive programming that is so prevalent in Hollywood pertaining to the latest plandemic. In this case, it is the plandemic of the bio-engineered COVID-19 virus that was unleashed into the world. What is significant is that it appeared in tandem with solar eclipse of December 26, 2019 and has connections to the rioting and controlled demolition of the USA. Why is the solar eclipse in this possible equation? The predictive programing in questions deals with a TV series in the 2000s that sets the stage for a pandemic. They speak of lock-downs, quarantines and a cure. They also flash many signs of a solar eclipse as it is set in a school’s science fair event. What is also very unique is that the program broadcasts the remedy for the plandemic, Chloroquine that many scientists had and have suggested to President Trump and he himself is using as reported.

This remedy has been proven to be effective over 95% of cases done by several independent doctors. It was Fauci, the Gates, big-Pharma and mass media that discredit it as they stand to lose billions in vaccine government contracts. The vaccines are not about an inoculation but a surveillance grid. Many find it hard to believe that Gates and the like that seek to kill-off 90% of the population and have admitted of such prerogatives on the record would seek to help Humanity overcome diseases. They mask their true intentions with Orwellian double-speak in a façade of philanthropy to accomplish this task. Notice that in their Georgia Guidestones commandments, the 1st commandment is to maintain a world population at 500 million. This means that there will be an event that reduces the current population level of 7.5 billion people. Interestingly, 500 million out of 7.5 billion = 6.66% of the world population remaining.

Predictive Programming
Consider that the Deagel website is forecasting the population of the USA to drop from 327 million in 2017 to only 100 million in 2025, with them also forecasting a 2025 US military budget of $32 billion dollars, down from our 2017 military budget of $637 billion. Why? The Rapture. Now an MIT computer has corroborated the projection. A computer program dubbed ‘World One’ created by Jay Forrester, is calculating not only a major decrease in life, but also the ‘end of civilization’ by 2040. One knows that the world will not ‘end’ but that the return of Jesus at His 2nd coming will end the present evil age. Thereafter, there will be His Millennial Reign for 1000 years before Eternity future commences. Until then, the Luciferians are desperately seeking to thwart this plan of salvation and the exaltation of Humanity with the 2nd coming of Jesus Christ.

Until then, the Luciferian Globalist major push will be to accomplish this impediment by vaccinating all humans on Earth by putting them on their ‘grid’. This plan will start with the new vaccine that is coming and it will be mandatory to go back to work or go out, travel, attend school, etc. It is not a normal vaccines as it has ‘nano’ technology to track you and will be linked to a crypto currency account. It also will have a ‘quantum tattoo’ that will interact with DNA called ‘Luciferace’. This is the blueprint for the eventual Mark of the Beast that the Bible foretold would be rolled-out during the Tribulation Period. Why is this issue of grave concern? It is because this Mark will transform humans to the point that such will cease to be fully human and thus fully redeemable by the Blood of Jesus. Jesus came to only die for a fallen race of Adam. This transhumanism quest is a ploy by Lucifer to condemn as many with him as possible to hell.

As to the conspiracy of this, it is interesting how an Italian member of parliament publically exposed the numbers of actual dead were due to the virus in Italy. The government officially published the numbers and reported that 96% of the cases that led to death were not caused by the COVID-19 virus. It has been reported by hospitals that any death is to be reported as a COVID-19 death regardless of diagnosis. There are nurses and doctors that are required to sign non-disclosure waivers as a means to silence any discussion of what is really occurring in the hospitals. They are forcing all hospitals and doctors to label all deaths as COVID deaths to inflate the numbers. This is to continue to scare the people into compliance and to justify the new coming medical dictatorship type of existence to come as a justification for mandatory vaccinations.

The following exurbs are from the Italian parliament member that exposes the false COVID-19 numbers in Italy. Video: https://www.youtube.com/watch?v=X9wuFazgpc4. On Friday, April 24, 2020, Vittorio Sgarbi, a member of the Italian Chamber of Deputies, denounced what he claims are false coronavirus death statistics. Sgarbi feels that fake statistics are being propagated by the government and the media to terrorize the citizens of Italy and establish a dictatorship. As a member of the Forza Italia Party, he questioned the closure of 60% of Italian businesses for 25,000 Chinese-Coronavirus deaths from the floor of the legislature. ‘It is not true,’ he said. ‘Do not use the deaths for rhetoric and terrorism.’ According to the National Institute of Health, 96.3% did not die of coronavirus, but of other pathologies stated Sgarbi. This shocking revelation then means that only 925 had died from the virus and 24,075 had died of other things.

The Dead Zone
He further declared, ‘the virus was little more than an influenza. Don’t lie! Tell the truth!’ Sgarbi’s controversial speech was delivered during ‘Cura Italia’ decree law discussions. The proposal intends to develop measures to strengthen the national health service based on what he claims is false data. Sgarbi challenged his colleagues to investigate the real numbers themselves and be united in the reporting the truth. Sgarbi has been a member of the Italian Parliament several times and also served also in Milan’s municipal government. Sgarbi is also a famous art critic, historian, cultural commentator and television personality. The point is that predictive programming is no laughing joke. It is serious and deadly. The health of millions if not billions are at stake.

In terms of the anticipated virus to be released to the public, the attempts had generally failed with the engineered ones of the past decade, Avian Flu, Zika Virus, H1N1, Swine Flu, etc. It is understood that the Corona Viruses are man-made and when the U.S. forbid the constitution of such, it is well documented that Fauci then funded in the millions the Wuhan Bio Lab to construct them, with U.S. tax payer monies no less. Here is a video clip of how this plandemic was, is truly planned. In the case of predictive programing, such plans can take decades if not generations to implement. As one generation that is on guard protests or uncovers the conspiracies, the Cabal banks on the notion that such advocacies are not enduring nor sustained and passed on to the subsequent generations.

It is a struggle, a war of attrition in which the Globalists have all the resources, personnel and Satanic power to prevail, but for only the time being. Some believe that the 2002 rendition of the TV series, The Dead Zone precisely predicted and programmed the latest plandemic. The TV series ran from 2002–2007. Precisely, it was the Episode entitled the 'Plague' that aired 13 July 2003. Here is the plot synopsis. While at a school science fair, Johnny gets a disturbing vision of a group of children getting extremely ill.

Johnny persuades Walt to quarantine the building and eventually the children begin to get sick. Johnny realizes that without his help the children will die, including JJ. With the assistance of Rev. Purdy, Johnny must help Walt and the local health inspector, Jim Pratt, try to identify as well as find the source of the mysterious virus before it kills off the entire town due to the coronavirus -and chloroquine was the cure. It is as though the programmers are mocking the truth that will be denied by the very supposed ‘scientists’ that engineered this virus.

It is rather interesting that the planned implosion of the USA and the world in general is following the apparent sequence of a Triad of eclipses, Lunar-Solar-Lunar for June to July in 2020. It is a time of bad omens for both the Gentiles and Israel. They are ‘Sign Posts’ of intensification and change to occur; a ‘turning point.

The tell-tail sign was the solar eclipse as that is what appears to have initiated the plandemic. It well known that solar eclipses are bad omens for the Gentiles and that such are occasions for the intensification of spiritual powers that are amplified by the operators of sorcery and witchcraft.
__________________