The purpose of this study is to suggest that the Burj Khalifa city center is configured to the Pleiades star cluster. Specifically, the Dubai Mall is comprised of 6 main circular rooftop designs with one in particular that even has a 7 pointed star motif. This star corresponds to Electra of the star cluster. Many such structures around the world often are associated with a ‘Stargate’ that is said is used for interdimensional transitions. This is not to say that this tower specifically does this but that based on the cosmic pattern of the Pleiades and Orion, it is referenced and modeled after at least. This study will show that this particular Pleiades motif is part of a triune design to model after the Cydonia, Mars pyramid complex with the Pyramid City, the Pentagon fortress and a mausoleum of the Face of Ala-lu, or as it is referred to as the Face of Mars.

The Burj Khalifa corresponds to the star Atlas. It is said that the tallest structure to date on Earth was inspired by the Hymencallis desert flower. This flower has a hexagram geometry that is replicated in the tower. In essence, this tower become a 3-deminsional double tetrahedron. The study will suggest that the Dubai City complex is configured to the Cydonia, Mars city complex. The Burj Khalifa would correspond to the Pyramid City with the Mall that has 7 corresponding ‘star’ nodes on top if its roof. The apparent artificial water lake configures an apparent winged serpent whose face corresponds to the Face of Mars or that of Ala-lu. The center ley-line would correspond to the center calligraphic stem written in the word for Allah in Arabic. Thus, the Burj Khalifa tower would be this corresponding part of the word for Allah. This study suggests that perhaps this face correspondence matches with the ‘face of Allah’ as Ala-lu is attributed to being a type of ‘Allah’.

According to the cylinder scrolls of the Sumerians, the entities such as Ala-lu were beings from another planet or dimension that intersected human history before the Flood of Noah. The 3rd correspondence of the Cydonia, Mars city complex matches the site that is yet to be developed as Dubai is experience a hyper urbanization and skyscraper building frenzy. If the Cydonia, Mars pattern is what is being portrayed, cryptically, this site will have some sort of pentagram design to it. This study strongly suggests that this depiction of the artificial lake in the design of a flying dragon is reminiscent of the Arabic word for Allah. What is rather interesting is that the correspondence to the place pattern after the Cydonia, Mars pyramid complex matches the place where the Face of Ala-lu would be positioned, thus the ‘Face of Allah’. The word study will bring out the notion that in terms of the calligraphic rendering of Allah in Arabic, it is consistent with a depiction of a serpent in the midst of a tree.

Lucifer Incognito?
This is the crypto identity of Lucifer that encompasses the word for Ala-lu, the ‘Rebel’ from the planet Nibiru that was exiled and arrived at Earth. Later on he was banished to Mars where he was said to have died and a mausoleum was built in the fashion of the likeness of his face. Some notable observations about the Burj Khalifa tower is that the heading is at approximately 333° and is at a 33° arc from north. These are sacred geometric signatures of the divine or cosmic order in that they come from extra-terrestrial realms of existence and life. Are these the very motifs from Heaven from where the Fallen Angels came from?

These 3 motifs that comprise both the Dubai City center and the Cydonia, Mars complex also configure a hexagram. In the case of this Dubai complex, the hexagram is more in line with the rendition of the proportion matching the tropics of the Earth, Cancer and Capricorn. The initial triangle or ‘pyramid’ construed from the 3 main motifs of the Pyramid City, the Face of Ala-lu and the Pentagon, an ‘eye’ design. This motif can be seen from a top view of the complex that suggest the ‘All-Seeing Eye’ of Horus or Lucifer as also the Kalifa tower is situated at the apex of this ‘pyramid’. The following are some approximate measurements taken from GoogleEarth.

This modern ‘Tower of Babel’ corresponding to the Pleiadian star Atlas would be consistent with the Pleiades pattern. Out of the 7 Stars in the cluster, it is said that Alcyone is the most prominent one. This is shown in the Mall rooftop as the largest circular node corresponds to Alcyone. Out of the 6 core nodes of the Mall the most prominent one corresponds to Alcyone. It so furthermore believed that the whole Universe actually revolves around this one star. The Dubai Mall complex that is alleged to be the largest in the world by area, as noted is suggested to be patterned after the Pleiades star cluster. Moreover, the design of the corresponding nodes on top of the roof are approximately in phi ratio to the mall itself and with the Burj Khalifa tower.

This study also suggests that the 3 roundabouts to the south of the Burj Khalifa appear to be designed in the proportion of the Great Pyramids of Giza. In turn, this design is mirroring the 3 stars of Orion’s Belt. The avenues leading from these roundabouts also approximate the direction that are associated with the 3 pyramids. The design layout is not exactly a 1 for 1 correspondence with the Giza Pyramids but when the Great Pyramids are superimposed, the proportion appears to match. One possible confirmation that this is an encrypted Giza Pyramid pattern is that the avenue roundabouts are designed in the reversed order of the size of the 3 Giza Pyramids. The Great Pyramid corresponds to the smallest roundabout and so on. The Pleiadian motif is usually complimented by Orion as it’s the male-female depiction of the Cosmos, Creation and the original plan and purpose of the Creator, YHVH reflected in Humanity.

The Orion Compliment
Another illustration that this study suggests is that the Dubai City center complex with the Burg Khalifa as the main centerpiece is laid out in a ‘Skull and Bones’ motif. The Khalifa tower is understood to be designed based off the desert flower that has a hexagram design. The triangular base is thus the layout the tower was built upon with the opposite triangle as a function of water fountains at its ground floor. What is also very intriguing is that the design of the foundation base resembles a face having the 2 main fountains as the ‘eyes’ and the blue designs on the south side as the mouth portion. The literal tower comprises the core of the ‘face’ with the nose being the center point.

The other possible clue to this ‘Skull and Bones’ motif is suggested by the design of the artificial water lake that for the most part is in a ‘X” or cross layout. It is at a 45-degree angle as the ‘head’ or tower portion is set at the apex of this cross. One very interesting aspect about this rendition of the ‘Skull and Bones’ motif that is not usually found in other such layouts around the world is that at the center of the ‘X’ or the intersection, an ‘eye’ is construed. This would suggest the ‘All-Seeing’ eye of Horus. Based on the ‘X’ apex, this ‘eye’ would be situated at the top or apex as if a pyramid that is commonly associated with the Masonic emblem.

Lastly this study suggests that the Burj Khalifa tower is orientated to correspond to Orion’s ‘Arrow’. The assertion is that the Straits of Hormuz or Gate of Hormuz corresponds to the Silver Gate and thus the tower’s color. This Gate is at the opposite end with the Golden Gate typology of the Straits of Gibraltar or the Pillars of Hercules. A ley-line can be drawn to these 2 ‘gates’ that passes over Mt. Hermon at a 33-degree arc. In essence these 2 ‘Gates’ portray the ones in the Cosmos ‘guarded by Ophiuchus as ‘Hercules’ and Orion. What is situated in-between is the Temple Mount of Jerusalem. This location is at an approximate phi ratio to the ‘Gates’ or Straits.

In fact, the entire Middle East region centered on the Arabian Peninsula is suggested to be the place where the dimensions of Paradise or Eden once was. As noted, what is potentially spectacular is that the respective Gates are in phi ratio to the place that could potentially be the exact spot where even the Tree of Life was situated. If the outline of the constellation of Orion is also superimposed onto the core of the Middle East.

In phi ratio from Gate to Gate. The outline of the Orion constellation appears also to match the precise angle of the various ley-lines. It appears to connect the major centers of worship like Mecca, Jerusalem, Mt. Ararat, etc. with the specific corners pegged to the Temple Mount, the Orion star of Saiph corresponds to the Temple Mount and the star of Rigel corresponds to Mecca. The 3 stars at Orion’s Belt thus correspond to Babylon, Ur and a place in Eridu that is undisclosed. The Arrow of Orion thus bisects the spot in Dubai where the Burj Khalifa tower is situated.

How this pattern is configured is based on the book of Revelation where it describes the exact dimensions of the New Jerusalem. With this ‘square’ perimeter a circle can be construed to acquire the circumference and a double circle of the same circumference produces a Vesica Pisces. This in turn could suggest the actual region of where the Tree of Life could have been; in a region in-between Jerusalem and the land of Eridu. These are but a few of the motifs the Burj Khalifa city center complex has that suggests that its designers are those that subscribe to the Pleiadian and Orion cosmic narrative and have a direct connection to Mars and ruling elite that control and manipulate the world through such means.

This Burj Khalifa layout is seen in ancient pyramid sites around Earth and in modern world capitals. Why this motif is patterned even in the most modern of earthly cities that mimic the Tower of Babel is that perhaps this design comes from the very place of the Creator and from where according to the Bible, Fallen Angels came to Earth and interfered with the human creation as they interjected forbidden knowledge and the secrets of the Universe. These are the very encrypted signatures of the Luciferians that run and control the world through such venues as the finances, politics and social orders.

It seems that their endgame is to subjugate Humanity into a sort of Prison Planet on Earth through Order out of Chaos. As their Titans were bound in Tartarus, essentially a Prison Planet on Earth for them so Lucifer and his minions orchestrate all they are and have to unleash their diabolical agenda at getting back at YHVH. This in part is done through creating chaos for His People in particular and the world in general. The Bible though teaches that as YHVH interrupted Nimrod’s Tower in Babylon, so too will He interrupt Lucifer’s Nimrod and his New World Order. For all the ages and ‘Great Work’ his minions have given themselves for, YHVH will only allow them 42 months in the very end and it will fail miserably.
______________________ 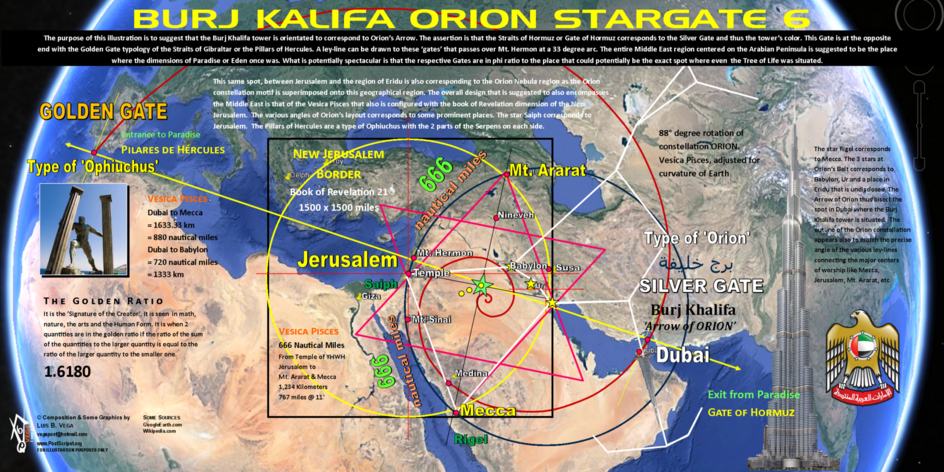 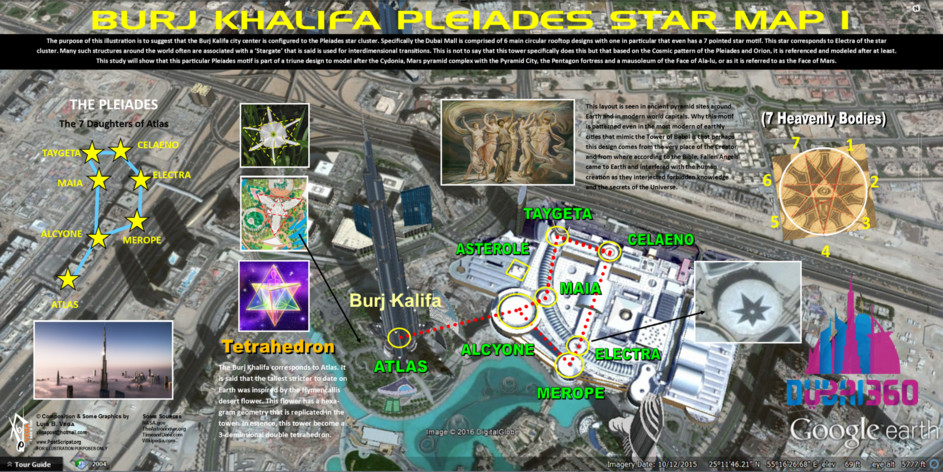 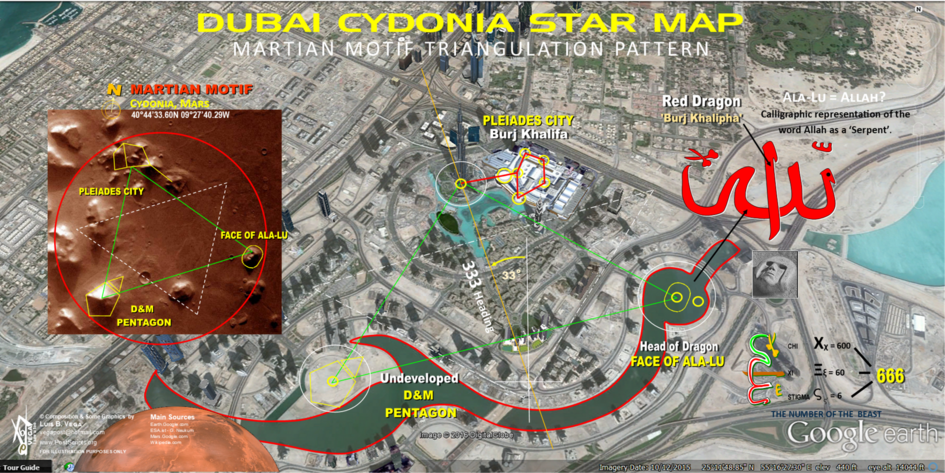 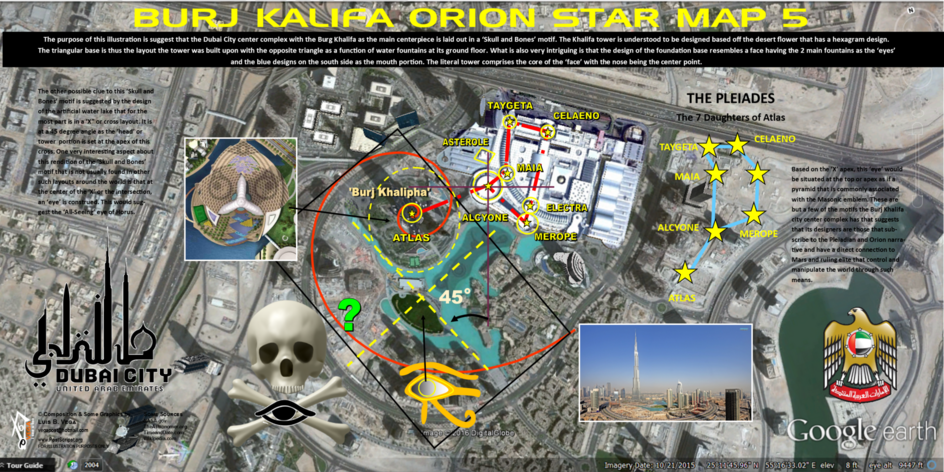