‘Judah is a lion's whelp; From the prey, my son, you have gone up. He couches, he lies down as a lion, And as a lion, who dares rouse him up? The scepter shall not depart from Judah, Nor the ruler's staff from between his feet, Until Shiloh comes, And to him shall be the obedience of the peoples. He ties his foal to the vine, And his donkey's colt to the choice vine; He washes his garments in wine, And his robes in the blood of grapes.’ –Genesis 49:9-11

The purpose of this study is to suggest that the entire constitution of Virgo can be construed to configure the 12 Tribes of Israel as they were configures also by pattern around the Tabernacle of Moses and the very Throne Room of YHVH in Heaven. If one starts with the western orientation, which is the opposite on the constellation of Virgo and move clockwise of the order of the tribes with the prominent tribe being fixed in the middle, then the layout superimposed on the constellation of Virgo from the eastern end along the Ecliptic will have some rather striking correspondence for the Pentecost season of 2017 concerning the planet Jupiter. This study suggests thus that the particular Tribe of Judah will correlate to Jupiter at this Jubilee anniversary that also occurs on Pentecost.

Perhaps such a time is meant as if to portray a prophetic message perhaps. Astronomically, the head of the constellation Virgo is also construed with 12 stars and does not need Leo and the 3 aligned planets of Venus, Mars and Mercury to ‘complete’ a ‘crown’ as many are saying will be depicted on September 23, 2017. This study has shown in other writing that the triple alignment of the stars have to do with the Great Pyramid of Giza complex and the Sphinx in some mysterious way. Nonetheless, if one lays out the corresponding 12 Tribes of Israel along with their corresponding Mazzaroth or Zodiac Sign, the specific time and place of the ‘birthing’ of Jupiter on September 9, 2017 corresponds to the Tribe of Judah, the Lion as in Leo.

Moreover, it appears that the distance of the position of this Tribe is in approximate phi ratio to the circumference as it was positioned around the Tabernacle of Moses and how it corresponds astronomically also in approximate phi ratio from the head of Virgo to the feet of Virgo. Given the literal interpretation of the Old Testament, YHVH clearly delineates prophetically that the 12 stars are the 12 Tribes of Israel and the Sun and Moon where Jacob’s parents, etc. In addition, one can thus also assert that Joseph would be a type of ‘Jupiter’ with his many colors, etc. Thus is it any wonder that the Revelation 12 is wholly ‘Jewish’ in typology and foreshadows the coming ‘trouble’ Jacob will have after the Rapture of the Bride of Christ? Israel as a whole will experience a last refinement as through a furnace as did the 3 Hebrew friends of Daniel during the time of Babylon.

The Sons of Jacob
Is it any wonder how there is a striking parallel in that the king erected an idol 60x6x6 cubits in measurement. This idol will be likened to the Abomination of Desolation that likewise the evil king, AntiChrist will set up in the wing of the 3rd Temple and require all to bow down and worship against the penalty of death. Thus this study suggests that the place or station of Jupiter and its timing in the midst of Virgo is prophetic. It is as if to say that the planet Jupiter, is indeed the centerpiece of the prophetic and celestial narrative. It speaks of the ‘birthing’ of the Messiah from where the Tribe is situated.

It speaks of the Lion or Messiah that would be birthed out of the ‘Virgin’ Israel as a collective nation. Within the ‘anatomy’ of the Great Virgo Sign, one can dissect the ‘DNA’ of the composition in term of Biblical prophecy based on typology. It is striking that such a celestial pattern is seen in the Cosmos with the Mazzaroth and its 4 corners and Signs of the Bull, Eagle, Lion and Man. These same ones are also patterned after the very Throne Room of YHVH in Heaven with the 4 Living Creatures. Starting from the ‘head’ of Virgo with the order of the celestial sign corresponding to the Tribes of Israel stationed as a pattern around the Tabernacle of Moses, the following celestial correlations are made.

To reiterate, this study suggests that the Virgo Sign of Revelation pertains to being Israel and not the Church. This prophetic assertion of the astronomical sign is substantiated by the typology given in Genesis 37 by Joseph and his visions. The narrative of the sons of Jacob will repeat itself as it occurs during the Tribulation period. Revelation 12 is the admonition of the coming time of ‘trouble for Jacob’. It is to fulfil and what Jesus forewarned the ‘sons of Jacob’ that ‘after the tribulation of those days’, to flee to the mountains, etc.

This time and place will correspond to the midpoint of the Tribulation period and that start of the ‘Time of Jacob’s Troubles’. The argument is being made that the ManChild is the Church to be raptured but it is made on an inference. Although technically true, such state that all Overcomes in Jesus will also rule the nation's with a rod of iron with Jesus. This assertion is based on the notion that Believers are part of the Body of Jesus. It is argued that the Rapture joins the body (the Overcomers ) to the head (Jesus).

The ManChild
The argument is the issue of the timing of the Rapture. If the Rapture of the Believers, the Bride of Christ is to take place on September 23, 2017, then where is the ‘Red Dragon’? Then this means that from that point forward there are only approximately 42 weeks or 1260 days until Jesus returns as the ‘woman’ is given flight to the wilderness for protection as the Great Tribulation starts. This in turn would mean that the Tribulation period is not 7 years but only 3.5 as many wrongly argue also. Others are making a distinction between the Uios Arsen and Tekon of Revelation 12 concerning the definition of who the ManChild is. Such argue that the ‘Man’ is the portion to be raptured but not the ‘Child’. Those arguing or the ManChild as being the ‘Church Body’ state that the Tekon that is referring to the child is the Church Body.

The argument goes like this, ‘Jesus was not raptured to the Throne of God as the Greek work Harpazo is used and thus it cannot be Jesus. However if this is the case that the ManChild is the ‘Church’, then who is Virgo typifying? This means that Virgo would necessitate being the ‘Church’ that ‘births’ the Overcomers, and not Jesus by what of the Holy Spirit. If one rightly would say back that technically it is Jesus, that would be correct, but that would make Jesus the woman, Virgo. This study suggests that the confusion is brought about by the lack of understanding the dispensations of prophetic time that delineates when one Age ends and when one begins. For example it can be more easily understood of how the ManChild is reminiscent of the Jewish Elect and their converts that are to be raptured during the Tribulation period.

There are in actuality 7 Raptures in the book of Revelation and the chapter 12 intermission is the 4th Rapture that signifies the midpoint of the 7-year tribulation period. This study suggests that the Revelation 12 Virgo Sign is for Israel –the 12 sons of Jacob as a foreshadowing and how it has a Jewish context and decorated with all the trimming of a Hebraic history. The ManChild is more likely to reflect those of the 144,000 which are seen on Mt Zion. They are singing the Song of Moses and they are the ones that have their new heavenly bodies are the ones which are undefiled by woman, etc. These are the Remnants of the converted Jews along the way during the Tribulation period of their Time of Jacob’s Trouble, not of the Christian Church. Others also erroneously assert that the Seal Judgments start as the Church Body is still on Earth and emphasize that Seal 6 is when the Rapture takes place or the end of the Church Age.

Or that the 7-year Tribulation starts at on the 6th or 7th Seal. This study suggests that it is not the Rapture of the Bride of Christ that starts the Tribulation period. Based on certain studies, the Bride of Christ as typified by the 24 Elders has to sit in court and witness the breaking of the Seals. Thus the Seal Judgments coincides with the ‘confirming of the Covenant’ with the AntiChrist that could be ‘birthed’ as in an advent or debut as a grown man, thus the ManChild conundrum of the Revelation 12 Virgo Sign. An Overcomer’s salvation does not require one to have the doctrine of the Rapture correct or that all be in agreement. However, ones salvation theology will influence one's Eschatology, so there will always be an assortment of theories and conjectures about when the Rapture will take place and what it is constituted by.
___________________________ 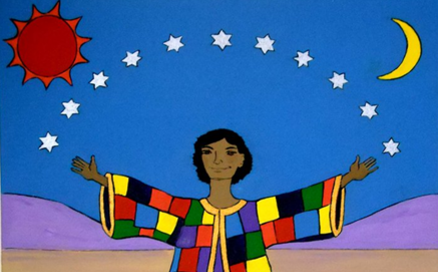