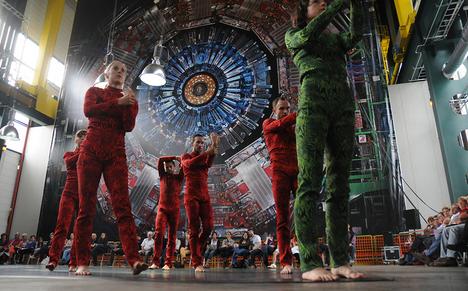 #114:
​CERN DEATH SACRIFICIAL RITE
ATTEMPTS TO OPEN UP THE PIT
A Study on the Occultic Overtones of Tragedy

‘The 5th Angel sounded his trumpet, and I saw a Star that had fallen from the sky to the Earth. The Star was given the Key to the shaft of the Abyss. When he opened the Abyss, smoke rose from it like the smoke from a gigantic furnace. The Sun and sky were darkened by the smoke from the Abyss. And out of the smoke locusts came down on the earth and were given power like that of scorpions of the Earth’. - Revelation 9:1-3

The purposed of this study it so present some suggestive number and location associations that appear to bare the signature of occultic endeavors related to the Germanwings crash in the French Alps. The suggestive correlations may appear to be coincidence but nonetheless are presented for evaluation. The study will examine in brief some peculiar occult number and location associations regarding the Germanwings flight 9525 from Barcelona, Spain to Dusseldorf, Germany that crashed near Barcelonnette, France. The study suggests that there could be some linkage to the attempt to initiate CERN based on the proximity to CERN and the date that it was supposed to be actualized. On March 24, 2015 on the eve of CERN attempted start-up, the plane apparently nosedived from a normal cruising altitude of around 30,000 feet.

According to official reports one of the pilots was looked-out as the other pilot apparently suicided himself and the 144 passengers plus flight crew along with him. It is believed by many that the attempted opening up of a dimensional portal by CERN requires human sacrifices. How CERN is tied to the flight and the occult has to do with sacred Gematria, ley-lines and mathematical variables that will be presented in this study. For example, CERN’s logo encompasses the 666 diagram that is Biblically associated with the Beast or the coming of the AntiChrist. Interestingly, the logo of the Germanwings is a similar double loop or swirl as is CERN. CERN is the largest machine on Earth and its mission is to discover the ‘God Particle’. Its intent is to also accelerate particles to the point of generating antimatter to the concern of many.

There are those that believe that a mini black hole could be generated, or a dimensional portal could be opened up by such particle’s accelerations. CERN has had also an occultic and mystic association as rituals and dances occur frequently at the site. Many believe that such an endeavor of needing sacrificial rituals that involve human subjects are needed in conjunction to initiate a portal opening. The catalyst is human blood unfortunately. This would amount to the type of configuration used for the hexagram circles wherein dimensions are crossed, and doors are opened by ritualistic killing and shedding of human blood. Whenever there is a sacred Gematria configuration of double tetrahedron or hexagram as CERN is, it is an instrument/key to open a portal. These associations are only suggestive based on prior patterns of occult protocol.

Peculiar Coincidences
The flight originated outside Barcelona, Spain and ended outside Barcelon-nette, France. The flight was at a 45-degree angle with several particular number associations that appear to have the signature of the occult as discerned from the other major airliner disappearances. For example, in the occult, 555 is the number associated with death and a resurrection. There are several of these 555 factors that repeat in various measurements associated with the crash. The factor of 144 is another number that repeats and is a derivative of the number spoken in the book of Revelation and oddly corresponds to the number of passengers aboard the plane aside from the flight crew making a total of 150.

Another interesting correlation is that the crash site is in approximate phi ratio of distance from the starting point to the CERN collider ring. Amazingly, this same phi ratio distance also approximates the dimensions from the crash site, to CERN and Dusseldorf. This study suggests that there is a correlation to sacred ley-lines that are related to mathematic geometry and other configurations. The following are the main numerical and location association that this study seeks to highlight. Again, it is highly suggestive as to any occultic innuendoes, but the peculiarities of repeated numerical and distance coefficients are interesting to say the least.

From the crash site to Barcelonnette
10 miles
a 555 degree heading, map length

Dimensional Portals
Many are sensing that spiritual portals are set to be opening up and especially with the CERN activities and occult rituals taking place on its premises. As to a notion of a portal, CERN is perhaps an attempt to open the Pit as disclosed in the Bible. According to the Bible, the Abyss or the Pit is where the chained demons are. The CERN configuration is that of a hexagram. Whenever there is a sacred Gematria configuration of a double tetrahedron or a Hexagram, it is an instrument/key to opening up a portal. This is why various occultic ritualistic dances disguised as ‘art performances’ are performed at the ‘portal’. It is a ritualistic mimicking of the Lord of the Dance, Shiva that they seek to tap into his powers to initiate the portal. Lord Shiva is also known by other names as Mercury, Poseidon with the Trident, Leviathan and Apollyon that is King over demons that are to be released from the Pit.

It will be their ‘king’, Abaddon, or Apollo of old, Apollyon that will be the commander over this minion of monsters at the disposal of the coming AntiChrist of Lucifer. Perhaps the ‘Titans’ are sensing a near opening to the Bottomless Pit as told in Revelation and are in a frenzy of excitement knowing that they will be released soon. Based on the Revelation account, there will be a time that Lucifer’s chained ‘Titans’ will be loosed from the Bottomless Pit to inflict unimaginable horror upon mankind during the Tribulation period. This event will also coincide with the loosening of the 4 Angels in the Euphrates that are actually demons according to the Greek word rendering, not Angels as in good ones. CERN is basically the age-old attempt to release the Titans...before their time.

CERN might have several attempts to open the ‘portal’ to the ‘Titans’ but they will only be released until their time has come, no sooner or later. Despite the failed attempt at CERN’s initiation of the collider on March 24, 2015, the death sacrificial rite of the 144 plus flight crew of Germanwings flight 9525 was still undertaken that this study suggests could have been directly related to as it coincided with its timing and associated through sacred measurements and ley-lines. Again, the correlations between the Germanwings crash and CERN presented in this paper are only suggestive as they could be coincidence. However, the timing and the other numerical associations does have the signature of the occult written all over it.

As noted, CERN is dedicated to the LORD of the Dance, i.e., Lucifer. He is the Destroyer, Saturn. Thus, as to an esoteric anticipation, the CERN activities could very well be occurring in tandem with the rise of planet Saturn. It is also interesting that Saturn will be the one to ‘release the Titans’ as even one of its prominent Moons is named Titan. Saturn will be in Ophiuchus for the next few years. Saturn is the ‘Titan’ that is doing a triple retrograde in that sign of the Dragon supporting the AntiChrist from 2015-2017. This sign is huge for the occult in that in one interpretation, he is the antitype of Jesus Christ; it is the serpent that is supporting the AntiChrist to come. Why Saturn? Saturn is Chronos, Time, the Reaper that is heralding the coming New World Order along with its world leader, the AntiChrist. Their Satanic plan is to have their Lord Shiva, aka AntiChrist appear to be the savior of Humanity but in reality, wants to devour his children as the mythology goes.

If the reports coming out of France are valid in that the pilot had ‘mental issues’ and perhaps suffered a lapse, it could be consistent with demonic possession. This is not to insinuate that it was the case or that every mental breakdown or lapse is demonic, but it could be an alternative explanation as a possible scenario. It would not be out of the question as other pilots that have downed their plane have been found to be involved in the occult or have ties to it in adverse ways. This study has only presented some suggestive number and location associations that appear to suggest the signature of occultic endeavors related to the Germanwings crash in the French Alps.

The suggestive correlations may appear to be coincidence but nonetheless have been presented for evaluation. There does appear to be some peculiar occult number and location associations related to the CERN collider initiation. If there is some linkage to the attempt to start-up CERN based on human sacrificial rites that this study suggest could be the cause in part of the crash based on the correlations presented to the proximity to CERN and the date that it was supposed to be initiated, it will remain to be seen. Regardless if this plane crash is actually tied to an occult ritualistic rite of human sacrifice or not, it is a tragedy. May the LORD comfort the hearts of those that lost loved ones.
_________________________