The purpose of this illustration is to suggest that the Golden Horn of the ancient city of Constantinople is configured to the Cydonia, Mars pyramid complex. The Martian motif consists of a 7 pyramid Pleiadian City, the giant Pentagon Pyramid and the Face of Mars or that of a supposed mausoleum to the demigod, Ala-lu. What is unique about this 2nd Roman Capital founded by the Emperor Constantine in 330 AD is that the breath of the Horn or peninsula is laid out in the approximate depiction of the Pleiades star cluster corresponding to the 7 hills of the Golden Horn. During the Roman and Byzantium periods, the 7 hills corresponded to various religious monasteries or churches as were with its twin capital of Rome with its 7 hills. The most prominent being the Hagia Sophia basilica or Holy Wisdom from the Greek. One of the main reasons the move of imperial capitals was made from Rome to Constantinople was because Rome was being sacked so many times by the northern Germanic tribes.

Since the fall of Constantinople to the Muslims in 1453 the various churches have been converted into mosques. The name of Constantinople was changed to Istanbul by the Ottoman Turks who are Asiatic and used the Greek word for ‘The City’. The Golden Horn is in the European site of the Straits of the Bosphorus. The other celestial association with this Golden Horn is that it is referencing to the constellation of Taurus in which the Pleaides are situated. In fact, the whole of Anatolia or Asia Minor that comprises the modern nation of Turkey is in a ‘bull’ depiction of sorts. There are actually 2 rendition of the Pleiades motif encrypted in the Golden Horn. The first has to do with the 7 hill that approximate the layout of the Pleiades star cluster. The 1st Hill corresponds to the tip of the Horn with the various museums and the Hagia Sophia at its base.

At this juncture, the course is bisected to the corresponding stars of the Pleione and Atlas as it is rendered in some depictions of the Pleiades star cluster. The structures that correspond to these 2 stars are the Hagia Sophia with Atlas and the Archeological Museum with Pleione. The 2nd rendition of the Pleiades motif is construed when the Martian template of the 3 structures are superimposed on top of the Golden Horan area. The only variation is that the entire hexagram motif is reversed horizontally. The Face of Mars corresponds to the Recep Rayyip Erdogan Stadium. The following are some approximate measurements taken from GoogleEarth coordinates.

The orientation of the Stadium is the same and the covering even resembles the head piece the Face of Mars is suggesting. The heading from this juncture point to the Stadium is 333 degrees, the same as in the Martian orientation. The giant Pentagon Pyramid corresponds to the area of the Valide Sultan Mosque. The street grid layout is fashioned after a pentagram outline with a conical apex that is off-set to about 45 degrees from the Martian motif.

The most intricate aspect of this Pleiades rendition is that the end of the Golden Horn is where the Pleiades corresponds to. In an actual structure correspondence to the Pleaides star cluster the depiction is actually inverted horizontally by180 degrees. The hexagram center line also is in the same alignment as are the bridges to Galata. In this version of the Pleiades depiction, the pentagram that is constructed within the core of the Pleiades motif has the Hagia Sophia at the apex or at the bottom of the inverted pentagram.

In terms of Biblical and prophetic nuances regarding this former Roman Capital of the East, it corresponds to the right leg of the Statue of Empires from Nebuchadnezzar’s dream. Furthermore, it comprises the mixing of the ’Iron and Clay’ which in this case is Christianity and Islam. Both are not compatible and diametrically opposed to the Divinity, Sonship and Lordship of Jesus Christ. This is in the sense that they are associated together but not mixed. This has been the case since 1453 when the Ottoman Muslims started the occupation of the Eastern Roman Empire. In fact, this spiritual, religious, and political composition will last until the very end of the ‘Empire Statue’ of Nebuchadnezzar. It will comprise the eastern section of the last Luciferian Masonic empire under the directorship of the coming AntiChrist. As Constantinople constituted the 2nd Rome of the 4th Beast empire system, the 5th rendition comes out of the 4th and is a continuation.

Subsequently the Byzantium Empire was succeeded by the Romanov Dynasty of all the Russias as Moscow became the ‘3rd Rome’. The Russian Orthodox Church has been seen by many as the prominent ‘Mother Church’ for the Eastern Orthodoxy, at least of the northern branch. It is still Constantinople after all the centuries that is the 2nd Roman capital. It is very telling and of timing that for the first time in nearly 1000 years, the heads of the Latin West and the Byzantium East meet to exchange official dialog. This occurred on February 12, 2016 in Havana, Cuba with the meeting of Patriarch Kirill and Pope Francis. Patriarch Kirill is not the leader of all Orthodox Christianity as neither the Pope is of all Christians in the West.

Technically the title of the Patriarch of all the Orthodoxy belongs to Ecumenical Patriarch Bartholomew, who is based in Constantinople or Istanbul. This Patriarch in one sense can be seen as the ‘Little Horn’ prophetically. As the might Eastern Roman Empire spanned the whole of Asia Minor and the Fertile Crescent, the empire diminished from an empire to a city and then to just a mere man or ‘Little Horn’. Kirill does lead the biggest branch of Orthodoxy.

The 2 ‘legs’ of the 4th Nebuchadnezzar Statue was separated in 1054 after the Great Schism. The split was over theology and the primacy of the Pope, whom the Orthodoxy do not consider the supreme leader of all Christians. The Bible foretells that a ‘Little Horn’ will arise making blasphemous pronouncements against YHVH in Heaven and ‘those that dwell in Heaven’. This will change during the Tribulation period as 1 False Prophet will direct all ecumenical worship of the world to the AntiChrist during the last rendition of the 4th and last Beast Empire of Lucifer on Earth.
___________________________ 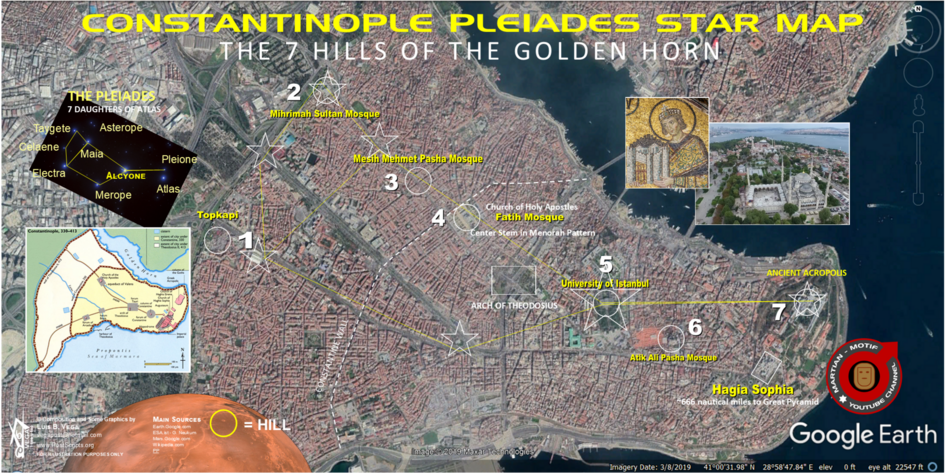