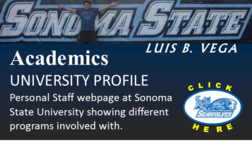 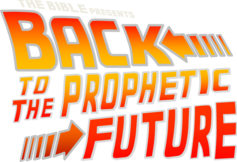 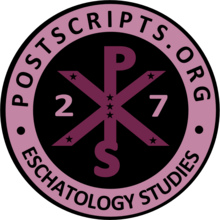 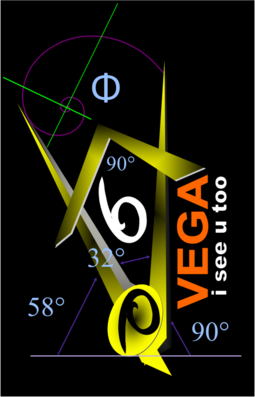 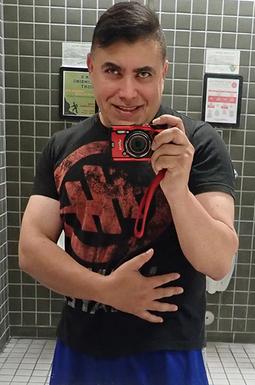 The Precepts of YHVH are right,
rejoicing the heart;
The Commandment of YHVH
is pure and bright,
Enlightening the Eyes.
Psalm 19:8

​About
'One thing have I asked of YHVH, that will I seek, to inquire: that I may dwell in the House of YHVH -in His Presence all the days of my life, to behold and gaze upon the Beauty of YHVH and to meditate and inquire in His TEMPLE.' – Psalm 27:4

The following research, all inclusive has been posted publicaly since around 2007-08 when I first started working at Sonoma State University. The research is really my Personal Devotional Studies that I have only shared with close Family and Friends. I was entreated to post them publicaly for the sake of the others.

Although I reluctantly agreed, my University Staff Profile was later on censored and taken down because of the content offended a few People. Since around 2010, I have been posting my Research on 5 Doves mainly and in the Rapture In The Air Now Rapture forum until I acquired a personal website, PostScripts.org.
____________________________________
Reversed Masonic Monogram
The Bible declares that YHVH is the Great Mathematician and Builder. It is not Lucifer whom the 'Builders' or the Kabbalists and Freemasons believe it is Lucifer, their veiled God. It is YHVH, the Creator who is the Great Architect of the Universe. The Bible further reveals that Jesus Christ, GOD the SON is the Creator. In Colossians it is said of Him, Jesus that all that is seen and not has been created by Him and for Him. He is the Master Builder, the 'Stone' whom the 'Builders' have rejected, Jesus Christ is that Stone who is currently building His Bride as Eve was constructed from the material of Adam.

With 2 instruments, the Square and the Compass perhaps Jesus fashioned the Universe. The site's logo is used after that fashion and has a multilevel meaning behind it. Many have inquired about the Square and Compass symbol on the charts. The following is an explanation as to the constructs of the design and meaning behind it. As most if not all Graphic Artists, Designers, and/or Painters of the like have a 'Signature' Mark on their work, so too is the case for the Eschatological Charts.

The Monogram is basically my 'Signature' on my work. The Square is used by Builders to construct and fashion structures that are level and measured. The Compass is used to determine Radius and Arcs of Degrees. The logo has the Compass erected at a 90 degree angle with the center Compass spanning 32 degrees. It is believed based on Astronomical Patterns that Jesus Christ was 33 years of age at the time of the crucifixion and resurrection in the year 32 AD if in fact His birth was on September 11, -3 BC. The Square is a 90 Degree angle also. The 2 instruments of  the Creator are also fused to construe a phi ratio proportion in its composition

The 1st meaning is that it is an upside down Masonic Compass and Square. As the Luciferians, Kabbalists and Masons mimic YHVH, the GOD of the Bible’s Symbols, Letters and Numbers for their evil purposes and so called 'Hidden' Knowledge, the same principle is initiated to reverse their Curses that their Symbols and Number are designed to perform. The 2nd meaning is that it is actually a Monogram of my last name VEGA. If you notice carefully the following.

V - the Compass
e - a Number 6 as an 'Eye' or Swirl of the Compass Knob - also inverted All-Seeing Pyramid
G - another of the '6s' that make an 'Eye'
A - the Square
____________________________
i see u too
The G and the 'e' is the '66 for the year I was born. It can be also a 69 and a 96 mirrored combination. The 6 or 'Eye' that is within the Swivel denotes the 'All Seeing Eye' that is at the apex or Pyramidion of the truncated pyramid. In this case it is inverted. The 3rd meaning is that when the Monogram is rotated 90 degrees on its vertical axis with my last name going with the horizontal axis, the 'e' and G within the Monogram graphic become 'Eyes' looking back at the Observer. Thus the slogan of ‘I see u too’ is stated. This hidden motif in plain sight is to ascribe the ability of YHVH to have those who have 'Eyes to See' what others do not see and that Followers of Jesus Christ are admonished to not be ignorant of Satan's Devices.
_____________________________
PostScripts
Post means after the fact or what follows. Scripts means a writing as in a Letter. The Letters 'PS' are used to make additional remarks once a Letter or Document is written, as in the 'Letters of the Bible'. The website is called Post-Scripts signifying a series of Letters or Articles that are a commentary on Bible themed topics.

A Post-Script (P.S.) is an afterthought, thought of occurring after the Letter has been written and signed. The term comes from the Latin Post Scriptum, an expression meaning written after which may be interpreted in the sense of that which comes after the writing. In this case after the Old and New Testament.

The number 27 in the Alternative Logo is in reference to Psalm 27 which is my Life Verse. The site is dedicated to the presenting the Research on Eschatology, the Study of the End or Last Days. It is also intended to reveal and expose the so called 'Deep Secrets' of the Enemies of the Cross of Jesus Christ.

Lucifer seeks to be ‘GOD’ and as YHVH is a Builder with a Plan and Great Work, so too has Lucifer sought to mimic the traits of the Creator by initiating a call for a False Creation and Plan of Redemption to transform the Planet and Humanity into 'His Image'. Thus in his Synagogues of Satan, he uses the Square and the Compass as his logo to ascribe Divinity to himself and 'Initiate' those that believe his Deception and Lies.

Lucifer uses so-called 'Secrets Orders' of the Crafts to Initiate his 'Builders' into his ‘Secret Knowledge’. Lucifer’s ultimate plan and purpose is to present an Alternate Salvation and Redemption for Humanity and be worshiped as GOD in Heaven in place of YHVH. According to the Bible, YHVH reveals His Mysteries and Secretes to those that ask and seek His Face in Holiness and Sincerity of Heart like the Prophet Daniel, Joseph and the Apostle John, among many others.

YHVH knows all, sees all and nothing is hid from His Presence. Eventually, all that is done in Secret will be revealed from the house-tops. For this very reason, GOD sent GOD the SON to reveal the 'Heart' and 'Purpose' of the Creator. And currently Christ’s Great Work is the Great Commission given during this special time in Human history called the Church Age for His Ambassadors to speak the Gospel and prepare for the Harvest of Souls at the Resurrection and Rapture of the Bride of Christ and the world for Judgment Day.
______________________________
Chi Rho Orion
The site’s primary logo is that of a Chi Rho with a double entendre of being an Anagram of the Constellation of Orion with the Stars depicting the Christ crucifixion. The 5 major Stars then depict the 5 puncture wounds of Jesus Christ on the Cross of Calvary with out-stetched Arms, Head and Member. It also construes the Anagram of ‘PostScripts’ with the P for Post and the S for Scripts. This P to S combination functions as the 'Key' that unlocks the 'Stargate' or Door to Heaven of which Orion is the Galactic Sentinel, etc. Astronomically, the 'P' stands for the Pleiades, and the 'S' is for Sirius. This expanse signals core of the Silver Gate, or the Gate of Man. The numbers 2 and 7 are for Psalm 27, my life verse.

The Chi Rho is a Christogram, formed by superimposing the first two (capital) Letters—Chi and Rho (ΧΡ)—of the Greek word ΧΡΙΣΤΟΣ (Christos) in such a way that the vertical stroke of the Rho intersects the center of the Chi. In Latin text, it is an ending added appropriate to Latin nouns, thus XPo, signifying Christo, ‘to Christ’, the dative form of Christus.

In pre-Christian times, the Chi-Rho symbol was the abbreviation for chrēston meaning good). The word Chrestos existed ages before Christianity. It is found and was used, from the 5th century B.C., by Herodotus, Aeschylus and other classical Greek writers. It goes back to Egypt also with a mythology of Horus.

However, the correlation goes further back to the cosmological depiction of the Constellation of Orion. Using the motif defined by the various Stars, it construes the Christogram, especially with the Belt Stars and its mirroring with the Great Pyramids of Giza.

Ultimately, based on the study by E.W. Bullinger, Witness of the Stars, the Mazzaroth or the Zodiac is the story-line of the Messiah, Jesus Christ. Each Constellation is a facet of the Plan of Redemption of Humanity on Earth found and accomplished in Jesus. With this supposition, the Chi Rho is attributed to Orion, which is the motif then attributed to the ‘Hero’, Redeemer who is Jesus. It is He who destroyed the Works of Lucifer, Sin and Death at the Cross of Calvary.
__________________________

References
The following are Sites, Blogs, Websites that have utilized my Work, either Articles, Charts or the illustration of Bible Codes. ​ 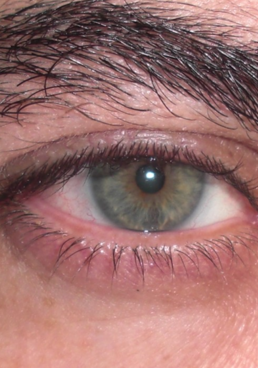