‘And to the Angel of the Church in Pergamon write: The words of Him [Jesus] who has the sharp 2-edged sword. I know where you dwell, where Satan’s Throne is. Yet you hold fast My Name, and you did not deny My Faith even in the days of Antipas my Faithful Witness, who was killed among you, where Satan dwells.’ -Revelation 2:12-13

The purpose of this study is to examine the topographical environs of the ancient acropolis of Pergamon pertaining to the sacred layout that this study will show is linked to the Cydonia, Mars one. Pergamon is the 3rd Church of the book of Revelation in the circuit ending with Laodicea. It is situated in the Anatolian mountain range of what is now called Turkey. In ancient times, it was 1 of the 7 Churches of Asia as described in the book of Revelation that the risen Jesus addressed. Amazingly, Jesus stated that Pergamon was where the 'Seat of Satan' or Throne was. This is thus to confirm that Lucifer is the ‘god’ of this world, for the time being. It is believed that before Adam and Eve were created, Lucifer in some capacity had a corresponding dominion, authority, and power on Earth before his rebellion. See Ezekiel 28 for a pre-Adamic Eden.

As the Garden of Eden was ‘refashioned’ within the midst of this new hostile territory, Lucifer saw to usurp it, to recuperate it through the beguilement of Eve. It was not until the Last Adam, the human descendant of Eve as promised in Genesis 3:15 that Jesus conquered Satan, Sin and Death. Now all power, authority, and dominion on Earth and of Earth belongs to Jesus. But it will not be until the return of Jesus that He will literally take over that mandate, etc. Until then, Lucifer has been busy fortifying the entire Earth with such geometric layouts that constitute the spiritual ‘Strongholds’ on Earth in such environs, even topographically. They function as an invisible grid composed of such sacred ley-lines that make for sacred spaces. These in turn function as portals and gateways between the dimensions of the Air, Heaven and Earth, etc.

How is the Cydonia, Mars pyramid layout configured? There are 3 main giant structures within an approximate 14-mile area. They have the peculiar Pleiades shaped city, the giant shaped Pentagon Pyramid, and that famous Face of Mars. This triangulation is what is mirrored at Earth’s sacred sites. It shows a direct link to Mars and a connection that beings and humans had and have to this day. What is rather interesting is that the entire Acropolis of Pergamon is fashioned after the 3 main temple to the Greek gods and is in the approximate alignment of both the belt Stars of Orion and the Pyramids of Giza. The entire acropolis is patterned after the Pleiades as most ancient seats of power were. In this case, the Pleiades pattern has the prominent Star of Atlas corresponding to the Temple or Altar of Zeus. This is the 'Strong Man'. This is and was the Seat of Satan.

Satan Free
This Zeus ‘god’ was the supreme ‘god’ in the ancient world. The Altar of Zeus has been the subject of many intriguing suppositions as it was adorned by reliefs that chronicled the defeat of the Giant Titans by the Olympians and with the help of the ancient mere mortals of the Greeks, etc. Then during Muslim occupation of the Ottomans, the Altar of Zeus was arranged to be entirely removed and transported to Berlin Germany. This occurred despite the law to not export any ancient relics found in the land, etc. Those in the know, in Germany at the time knew of this spiritual significance. There is Luciferian power behind the ‘Altar’, to be actually the very ‘Seat’ or throne of Lucifer on Earth. And with that, came the power of the Fallen Anointed Cherub to the host nation and rulers.

Historically, it did not serve Germany well with 2 subsequent defeats in the world wars. However, as the saying goes, ‘3 is a charm’ so perhaps the coming 3rd World War will have the European masters finally establish their Luciferian New World Order by it. Until then, the ancient acropolis served as a trifecta of a sacred geometric configuration that included 2 other motifs. They were the giant pentagram Muslim Star and Crescent on a hillside and the ‘face’ depicted by a fountain in the city below. Based on the hypothesis called the Martian Motif, such triangulations are mirrored on all of Earth’s sacred sites, past and present. The configuration is called a Sigil or Siduals. A Sigil is a geometric shape placed in an area to act and/or function to ‘aggregate’ energy, thus ‘Aggregators’.

Thus, this is the jest of the Martian Motif theory, that the triangulation functions as a hexagram or portal that harnesses energy. It is therefore a ‘gate’ in which dimensions are crossed-over from. Is there any credibility to this? Well, Hitler of Germany, out of all places ordered that the Altar of Zeus be refashioned into a Nazi ‘Cathedral of Lights’. This occurred in the marching fields of Nuremburg. Then, in 2008 Obama gave his Democrat Party nomination speech on a similar fashioned stage that mimicked that of the Altar of Zeus, of Pergamon. Coincidence? No. Is there any reason why since only the release of the planed pandemic has news and spotlights been focusing on Obama?

It is as if the controllers had been waiting all this time to usher him back into the main spotlight. Why? Will he fulfill his ‘3rd Term’ as U.S. President he sarcastically alluded to in one of his White House dinner speeches? Then oddly enough, since 2018, the Pergamon Museum that houses the Altar of Zeus has been closed for supposed ‘renovations’. This is from the Pergamon Museum webpage in Berlin: ‘Please note: The north wing, including the Pergamon Altar, will be closed for refurbishment until 2023.’ Other sites say 2024! It closed in 2018. Does it take that long for renovations?

This is speculation, but one wonders if Lucifer has actually been manifesting himself and sitting on his Altar there and then. Have there been rituals, meetings and of course sacrifices and giving of the game plan to his minions for after the Rapture? How interesting that the entire wing is closed to be hidden and away from the public of any such activity to be had. Nonetheless, the chart accompanying this study is showing the entire environs of Pergamon in relation to ancient ley-lines in accordance with the theory of its Cydonia, Mars correlations.

The Gap Theory
How can this be that there would have been a civilization of beings to have constructed such massive pyramidal structures on Mars and then on Earth? One does, up to now believe in the Gap Theory that existed between Genesis 1:1 and 1:2. Everything was created in the beginning by Jesus and for Jesus but then the Earth, ‘became formless and void’. This is to say that the ‘creation’ of this portion was refashioned out of something already there and made. And that Angels and/or other beings were stationed there and throughout the Universe, to include those of Earth. Most likely on Earth, it would have been Lucifer’s allotted domain and ‘Throne’. Perhaps Mars was also the abode of the Angels that might have been those that rebelled along with Lucifer.

And thus, the cosmic war ensued and caused the destruction and the degree of chaos found on Mars and in the Universe. The Cydonia, Mars pyramid anomalies have been a fascinating study to many. They have been shown to incorporate Sacred Geometry and thus served as ‘portals’, stargates, etc. As noted, on Earth, it would be from where Fallen Angels and demons traverse back/forth from their Principalities, Power, between the ‘Air’, Earth and Heaven for Lucifer. More astonishing is that this same pattern is found in almost all ancient sacred sites on Earth, and in modern world capital layouts. They fashion the very seats of power that are ruled by the same Luciferians. But behind such sites are the evil powers of Lucifer; think of Stonehenge, Teotihuacan, etc.

As to Pergamon, topographically it is a the ‘apex’ of the ‘pyramid’ made by the 7 Churches of Asia. It mirrors the ley-lines of the constellation Taurus as Anatolia or Turkey is fashioned like. Even that region is where the Taurus Mountains are found. Topographically, Pergamon is the apex or the ‘capstone’ of the unfinished Masonic Pyramid type, as the one found in the U.S. Dollar Bill. It is emblematic of the Seat of Lucifer, the Eye, etc. Why is the Seat of Satan of any interest beyond historical now? It is important and will be as the aim of Lucifer is to retain his throne on Earth. But ultimately it will be no long in Berlin but in Jerusalem.

It will be that during the Tribulation Period, at the midpoint, Lucifer will mimic the incarnation of Christ as he possesses the coming AntiChrist and will sit on the Ark of the Covenant Throne in the Holy of Holies. This presupposes that the 3rd Temple will need to have been built by that time and will be the timing of how the ‘Confirming of the Covenant’ with the Many will be pegged to this proclamation and initiation. This is to theorize that the Tribulation Period will coincide with the initiation of the beginning of the Daily Sacrifices upon the Altar there and then or with at least the Altar of Sacrifice.

It will then be at the 1260th day or the midpoint of the 7-year Tribulation Period that the AntiChrist will cause the Daily Offerings to cease. It will be at such time that he will proclaim himself as ‘God’ over all the Earth and over all of Humanity. Thus, the Seat of Satan or throne that will defile the Sanctuary and make the Temple of YHVH desolate. To reiterate, it is contested that these triangulated sites are the ‘spiritual strongholds’ possessed by the Fallen Angels and are masked by sacred geometry around the world. It was here and everywhere, where Jesus came to take them back. He will at His return but in the meanwhile, He places His testimonies there also.

The local churches made up of His People are to take over even topographically with the knowledge of the Scriptures and by the very lives of all those that are Followers of Christ. But it has been a battle for territory Lucifer does not want to lose. This is why more so during the planed pandemic, have the authorities forbidden churches to be open. In some cases, not even inside vehicles in the parking lots. In other cases, not to even sign hymnals of those that defy the unlawful directives. In many places, there have been documented abuses as there has been some resistance in the backdrop of the pandemic as a scare tactic to strip citizens of their civil liberties in preparation for the technocratic worldwide surveillance New World Order.

So do realize just how important a physical local gathering actually is. It conveys authority over the area, spiritually and that is why governments so badly want to destroy churches, physically like in China, and other places such as in the Islamic world. Of course, one realizes the actual ‘Church Body’ is not any building or in any physical building but to the Luciferians, even having such physical vestiges cannot be tolerated. This is why Prayer Walks around one’s home, neighborhood, business is essential, even more so now. It is something one can do during these times of forced segregation until the call, at the Rapture to ‘retreat’ or ‘falling away’ is made.
___________________ 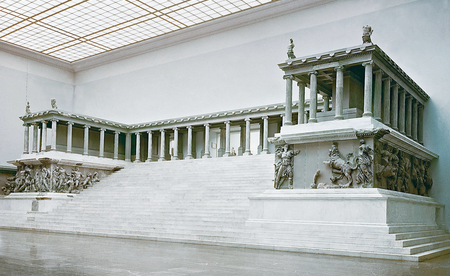 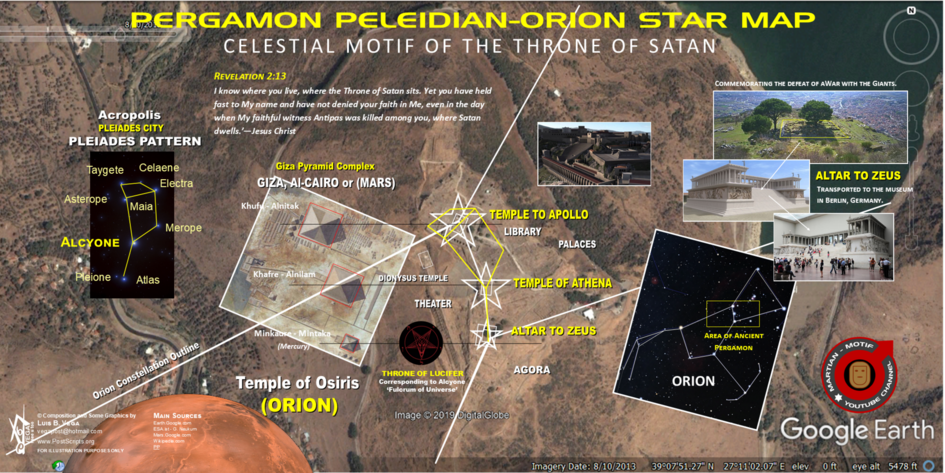 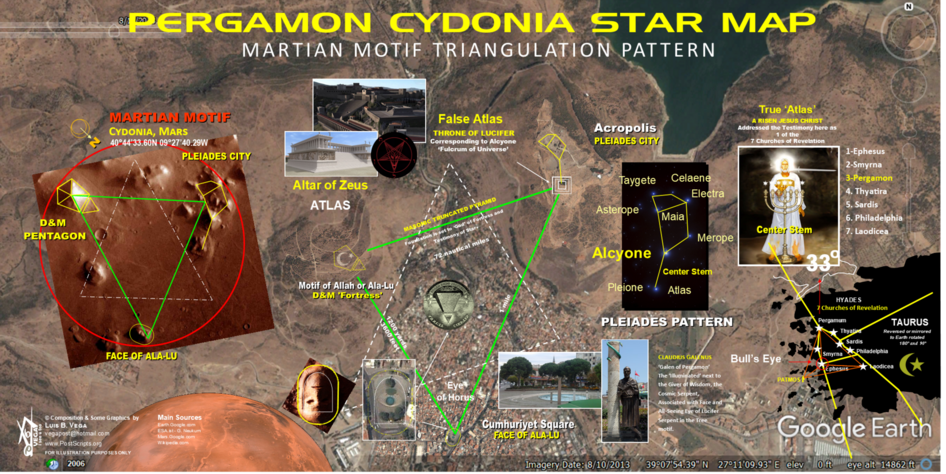