The purpose of this illustration is to suggest that the beautiful city of Rio de Janiero is construed with particular ley-lines that mirror the Cydonia, Mars pyramid complex. In light of the Summer Olympic Games of 2016 in Brazil, this illustration seeks to show that like many other world capitals, both ancient and modern on Earth had a direct connection to Mars. This Pleiadian Martian motif appears to be overlaid with a 180 degrees horizontal rotation from the Cydonia, Mars one and is a bit skewed. The main components of the Martian motif consists of the famous Face of Mars that is purported to be the mausoleum of the former Rebel King of Nibiru, a type of Lucifer personage. According to some ancient texts such as the Sumerians testify that these was the ‘god’ that had seeded the human race on Earth through geoengineering.

It is rather interesting that this correspondence to the Maracana soccer stadium is thus very appropriate. The Brazilians refer to the Maracana Stadium as the ‘Temple of Soccer’. This has then a direct correlation to the Martian ‘mausoleum’ to Ala-lu as it was a ‘Temple’. The second structure is the Pleiadian Pyramid Complex of 7 buildings spanning over 10 miles in diameter. It is suggested to have been a city complex or metropolis much like the one it correlates to the various financial centers of the world capitals that include centers of worship. The prominent star of this Pleiadian pattern in Rio is that of Maia and it corresponds to the Catedral Metropolitana. It is also very interesting that the headquarters of the Petrobras is situated next to the futuristic architecture of the Catedral. A ‘twin towers’ structure is in the direct ley-line also of the Catedral headed toward the Alcyone star correspondence and position.

The last structure of the Martian motif is that of the ‘Pentagon’. It is a 5-sided massive pyramid often referred to as the ‘Diamond Pyramid’. In many of the modern-day correspondence, large racetracks called hippodromes are incorporated to depict this Martian motif. Such is the case in Rio with the Hipodromo. Interestingly also is that the ley-line from the Hipodromo to the Financial Center crosses the famous Cristo Redentor statue. This study suggests that the financial center of the famous and very beautiful city of Rio de Janiero is configured to the Cydonia, Mars Pleiades pyramid complex. Such landmarks had been also incorporated in ancient centers of worship as they are evidently now as well in the modern era. This Pleiades alignment is mainly construed from public squares or Praças in Portuguese.

Rio de Janiero means the River of January as that is when the Portuguese explorers found the bay in the New World of the Americas. In this modern rendition of the Pleiades Martian motif, the prominent star is that of Maia. This correlates to the Catedral Metropolitana. It has a very unique design. As noted, this Pleiadian alignment in the heart of Rio is part of the 3 main structures that constitute the entire Cydonia, Mars complex. It is connected by a hexagonal ley-line configuration to the soccer stadium, Maracana and the Gávea Hipodromo. It is evident that those in power, which this study suggests are Luciferians at the core with the ruling classes of the various nations of the world all have this common Martian motif construct that is incorporated into their world capitals. The following are the associated Praças with the stars of the Pleiades.

The Cydonia, Mars template seems to be the same as depicted in the city of Rio and perhaps suggesting that at one time, Earth was very connected to Mars in many ways. Some believe that before the creation of the human race, starting with Adam and Eve in the Garden of Eden there existed a pre-Adamic Age and civilization where travel and direct communication between the planets occurred. Now whether these beings were either Angles, good and/or evil or some other type of life form remains to be determined. It is evident though that the pre-Flood civilization on Earth at least those that survived still had and currently have a reverence for such a Martian motif construct based on the Pleiades. Such that rule the world, for the time being go to such lengths as to encrypt the centers of worship, finance and social orders with this Martian motif.
_______________________ 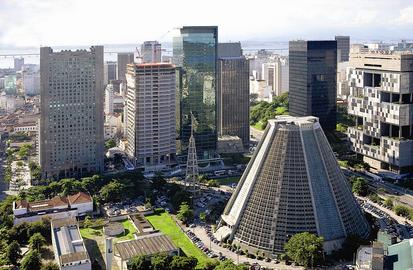