The purpose of this study is to ascertain the pattern of Lunar Tetrads since Christ as it relates to Israel’s prophetic history during these specific periods. Many believe that 1948, the year of Israel’s declared Statehood is dramatically marking-off one of the most significant prophetic events in modern history. As it pertains to the possible convergence of Biblical Prophecy, the period of 2015 in particular could be the start of the eventual fulfillment of the Last 7-Year period ‘Week of Weeks’ prophesized by the Prophet Daniel. It could be the 7-year countdown to the last Sabbatical Cycle before Jesus returns. The start of the next subsequent Sabbatical Cycle would be in the Fall of 2022. This is only as some interpret End-Times scenarios and of Jesus Christ’s 2nd  coming thereafter. Jesus is the ‘Stone’ that was rejected by Israel. Christ’s return is prophesized to occur during the last World Government that will be in place.

This scenario is predicated on the vision that was given to the Prophet Daniel of ‘Beast’ Kingdom that would reign over Israel until the Times of the Gentiles would be fulfilled. Perhaps these Tetrad Patterns and their historical corresponding events foreshadow the ‘Final Countdown’. Based on the prior patterns, the Tetrad of 2014-15 might see Israel build the 3rd Jewish Temple after the last Tetrad of Blood Moon that occurred in 2014-15. If the prior patterns hold, then Israel will go through similar intense persecution soon thereafter. The return of the Messiah, Jesus Christ will not occur until the fulfillment of Daniel’s 70th Week of Years is accomplished, It is based on a 7-year Sabbatical Cycle and it if for the salvation of Israel that is currently in a state of rebellion and unbelief. There are a total of 8 Tetrads, depending on the count since Christ pertaining specifically to Israel’s history that amazingly occur on consecutive YHVH’s Feasts of Passover and Sukkot.

There are and have been Tetrads in other times, but these noted ones have corresponded to key historical events of significance for Israel. The number 8 represents the over and above perfect completion, the first of a new series, thus New Beginnings. It is associated with Resurrection and Transformation. The Bible declares that Jesus Christ rose from the dead on ‘the 1st day of the week,’ or the 8th Day. Similarly, it is on the 8th Day after Shemini Atzerets that the King of Israel traditionally invited the whole Congregation of Israel to read the Law before them as Moses, David, Ezrah and others in times of the Temple Restorations. Perhaps that is how it will be for the coming of the AntiChrist that will dedicated the Daily Sacrifice of the rebuilt 3rd Temple. The number 8 also signifies the beginning of a New Era or Order or like with Noah when 8 Souls passed through to the New World after the Flood.

Prophetic Patterns
Noah, the 8th person stepped out on to a New Earth to commence a New Age. Perhaps the 8th Tetrad of 2014-15 will see thereafter the fulfillment of the 3rd Temple and the long awaited ‘New World Order’ that those in power in the world will see to its completion through the economic, military and religious conglomeration of the world. Many End-Time Bible scholars speculate that these Lunar or Blood Moon Tetrads configure a prophetic pattern related to Israel’s destiny. The hypothesis of this study suggests that the modern establishment of Israel in 1948 started this ‘countdown’ to the 3rd Temple. It will be the last of the 3 Prophetic Events that have to be in place before Jesus can return. Why? These 3 elements, were the Nation of Israel, the City of Jerusalem and the 3rd Temple. Jesus foretold that all 3 would be destroyed but that in their reverse order, they would be restored as they were all in place at Jesus’ 1st coming.

The Tetrad of 1949-50 allowed for the sovereign Nation of Israel to officially take up a United Nation’s Seat in November 5, 1949. Then after the 6-Day War of 1967, Israel re-captured the Old City of Jerusalem that included the Temple Mount; for the first time since AD 70. The Tetrad of 1967-68 saw the acquisition of the Jerusalem to be the Capital of Israel thereafter. What is to follow is the rebuilding of the 3rd Temple that the Tetrad of 2014-15 may signify. This pattern of Land-City-Temple mirrors the order in which, according to the Old Testament, Israel’s 2 prior judgments occurred. The Temple was destroyed first, then the City and then the Diaspora occurred due to the rejection of the YHVH’s Prophets and ultimately Jesus.

And for that came the divine chastisement. The 3rd and final Exile, due to the rejection of Jesus as Messiah, as described by Jesus Christ in the Olivet Discourse in Luke 12 occurred on the 9th of Av when the Romans destroyed the Temple, City and Temple. The Romans then Exiled Israel amongst the Nations of the world in 70 AD. The Lunar Tetrads since Christ on a timeline reveal a unique pattern of years as each occurrence happens to fall on major Hebrew Feast dates. Upon further investigation of the Tetrad Pattern, it does appear to be prophetic. It appears that the 8 Tetrads since Christ are configured in a phi ratio relationship of time to each other.

This geometric relationship occurs when 2 quantities have a ratio the same as the ratio of their sum to the larger of the 2 quantities. This math principle can be depicted in the tiling of squares whose side lengths corresponds to the Fibonacci sequence: 1, 1, 2, 3, 5, 8, 13, 21, and 34, etc. A ‘Golden Spiral’ will be created by drawing circular arcs connecting the opposite corners of the squares for a visual aid. The phi ratio is also called the Golden Section, the Golden Mean, the Divine Proportion or the Divine Section, etc. A Mirrored Pattern emerges when one lines up the first 4 Tetrads with the last 4 Tetrads. This line-up shows the ‘mirroring’ of the ‘19’ and ‘48’ year span pattern between the Tetrad clusters from 795-860 to the 1949-2014 Tetrad cluster by rounding off to neatest year. This is astonishing and cannot be a mere ‘Celestial Coincidence’.

Thus, as noted the subsequent Sabbatical Cycle from 2022-29 could very well be Daniel’s 70th Week. What is very unique about the prophetic Tetrad pattern is that the Tetrad clusters are equally counted-off by a 19 and 48* (47y 11m  9d) year intervals of ‘1948’ years approximately on 2 occasions. There is also a double ‘633’ year count repeating exactly and 1089 year count, which is 33 squared. The following are the prophetic impact that this study suggests the Tetrads signaled for Israel.

ROME: Imperial persecutions
The destruction of the Jewish Temple in AD 70 marked the beginning of the 3rd and last Diaspora, or Exile of the Jewish among the Nations, not to be re-gathered until the End Times for the last 70th Year Generation.

ARABIA: Islamic conquest
Advent of a Muslim faith heralding the supposed ‘true’ revelation of the One God seeks to eradicate and replace the ancient Jewish and Christian communities as it denies the basic tenants of established Judeo-Christianity, the Cross and Jesus Christ as SON of GOD.

SPAIN: Roman Catholicism
The Re-Conquest of Iberia from the Muslim Moors and emergence as a world Super-Power led to the expulsion of the Jews from Spain and ushered in a dark time of the Inquisition against Christians and Jews.

GERMANY: Holocaust
The Nazi Party sought to exterminate the Jewish Nation during World War 2 by way of the ’Final Solution’ – Holocaust. All these patterns are of the ‘Spirit of the AntiChrist’ and foreshadow the ultimate one. It will be the Biblical AntiChrist that will attempt to succeed where all the prior ‘Beast’ Kingdoms and Kings failed in destroying YHVH’s Earthly People.

As the seasons of the 8 Tetrads since Jesus concerning Israel have been marred by tribulation, persecution, slaughter, war and exile of the Jewish Nation, perhaps the end of the 2014-15 will also see a time of strife, war and a coming persecution involving Israel. Will the 7-year Sabbath Cycle end with a major regional war between Israel and its Muslim Enemies? One other pattern that could have some repetition prophetically is now the Yom Kippur war of 1973 was exactly 7 year after the Tetrad of 1967-68. And thus, 7 years after the Tetrad of 2014-15 will be 2022.

Then also consider that the Jewish Nation was last in existence 1948 years from 70 AD to 2018 as many believe it is now the times of the End of Days. From the year of Israel’s statehood of 1948, the year 2018 marked the 70th year anniversary coincidentally. In retrospect, did anything happen in 2018 prophetically? Yes. None other than the Altar of Sacrifice was rededicated on the Walls of Jerusalem. Why would this be important? The Altar is what is needed to carry out the Temple Daily Sacrifices.

The Temple is really on the house the Ark of the Covenant. The ‘meat’ of the matter is the Alter, which is an ‘extension’ or appendage of the Temple. This 70th year rededication mirror how Israel did the same with Ezra and Nehemiah as they rededicate the Altar of Sacrifice once they returned to rebuild Jerusalem and the 2nd Temple. Many believe that the following years since the 8th Tetrad since Jesus of 2014-15 will mark the convergence and fulfillment of Daniel’s 70th Week that involved the 3rd Temple and culminates with the return of Jesus Christ.
___________________________________ 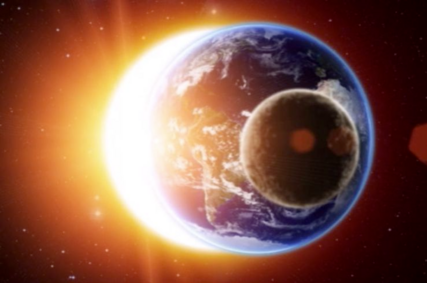