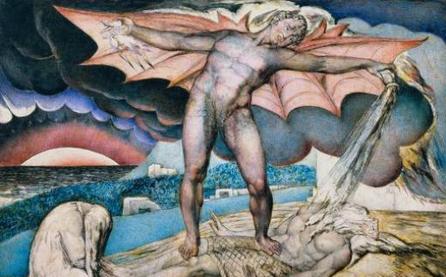 #347:
​DEVIL FACE OF LAODICEA
COMPARISON CYDONIA FACE OF MARS
A Study in the Apparent Corresponding Dimensions

‘For we do not proclaim ourselves, but Jesus Christ as LORD, and ourselves as your servants for Jesus’ sake. For GOD, who said, Let light shine out of darkness, made His Light shine in our hearts to give us the light of the knowledge of the Glory of God in the Face of Jesus Christ. Now we have this treasure in jars of clay to show that this surpassingly Great Power is from GOD and not from us.’ -2 Corinthians 4:5-7

The purpose of this study is to examine from a top view, one of the particular 7 Churches of Asia, Laodicea as depicted in the book of Revelation from an astronomical perspective. One will be using Astro-Archeology as a method to see if the layout of this city, wherein the last ‘Testimony’ or Assembly to Jesus was situated had the same Cydonia, Martian Motif. What this study will strongly suggest is that the entire environ of nearly a square mile is construed, nearly exactly in terms of size and measurement to that of the Face of Mars anomaly. Furthermore, that this entire plain is configured to the constellation of Orion with the Pleiades superimposed as if in union in the male-female polarity to achieve the ‘oneness’, unity and all the ‘energy’ associated with it, etc.

In the continued quest to decipher the modern layouts of the world’s capital, the evidence has led to ancient sites as well and lately to the 7 Churches of Asia as a case study. In particular, the locale of Laodicea is unique from all the other 6 Testimonies to Jesus Christ as upholding the ‘Light’ and ‘Life’ of Christ on Earth. Such were as a ‘Menorah’ as Jesus Himself described the 7 Churches, Jesus being the Servant Stem, etc. Astronomically, the 7 Churches were referenced as ‘Stars’ and thus to the Pleiades as Jesus would then be the complementary ‘Orion’. The last living Apostle, John would then be correlating to the type of the Bride and astronomically, the Moon in ratio to the topographical layout of the 7 Churches corresponding then to the size of the Earth.

What is different at Laodicea is that there is not the usual triangulation of the Martian Motif that consists of the Face of Ala-Lu, the 7 Pyramid City and the giant D&M Pentagon. However, the Orion-to-Pleiades motif is construed at the core of the city with its 3 main temples adjacent the main avenue running north to south. In fact, the 3 temples are in relative size proportion to the 3 Great Pyramids of Giza and thus correspond to the 3 Belt Stars of Orion. This core area of Laodicea was referred to as the Nymphaeum. Furthermore, based on this Giza Plateau correlation, the middle temple has a causeway that runs to the Sphinx and the adjacent Osireon. So too at Laodicea, such a ley-line corresponds to a building complex, smaller in size that is also adjacent to the Great Theater.

A Defacing
As to the Orion motif, this ‘Sphinx’ and building corresponds to Orion’s member as the Sphinx in Egypt is cryptically not known as such nor has it been considered in the Orion Belt Stars to Giza Pyramid correlation. What is further astonishing is that the Great Theater and the Lesser Theater astronomically corresponds to Orion in an amazing way. The Great Theater corresponds to the spectacular Orion Nebula. One wonders if such a composition does exist in Heaven wherein the ‘Divine Council’ meets at such a place as did the Laodiceans in the Great Theater. Biblically speaking, there are glimpses of how in Heaven, there are times when there has been a Great Assembly gathered. There are the 24 Elders depicted in the book of Revelation that are seated ‘around the Throne’ of YHVH. Then multitudes appear around the Throne during the Tribulation Period and in the Old Testament, there is the occurrence in which there was a gathering all of all the Angels, an ‘Angelic Conference’ as described in the book of Job wherein Lucifer shows up as well.

There were also various Prophets given glimpses of such a ‘Divine Council’. The Lesser Theater corresponds to the Star Ori 28. What is without a shadow of a doubt telling is that the orientation in which the theaters where situation match the orientation found in Orion. How could have the Laodiceans know this? The Great Theater faces ‘down’ as in Orion or to the northeast direction on the plain in which Laodicea was constructed on. Moreover, what further lends evidence that such a construct was deliberately designed and constructed to match Orion is that Laodicea had 2 main avenue. These avenues ran perpendicular to each other and upon the celestial comparison in Orion, they match with the Ecliptic and the Meridian as positioned from Earth. And there is more.

If one does look up Laodicea on Google Earth and zooms-in on the environ, one will notice how the hippodrome and gymnasium building were off to the edge on the western side. Why? If one superimposes the entirety of the Orion constellation outline, the area of Orion’s ‘Torch’ approximately matches the length and positioning on Earth of the hippodrome and gymnasium building. This cannot be mere coincidence or an anomaly. In terms of how the Pleiades was factored in the layout of the city was very ingeniously done as the motif is cryptically superimposed in the case for Laodicea. The Pleiades outlined can thus also be fashioned to correspond to the 3 temples that made up a total of 7 structures at this core area. Other temples then correlated to the Stars of Atlas and Alcyone as the Pleiades motif is laid-out in a north to south orientation.

Then from a north-south perspective, it would appear that the entire environ also construes a ‘pyramid’. What is suggested next is speculation but if the patterns and associations thus far have been valid, then it would stand to reason that perhaps the following is also. Assuming a ‘pyramid’ motif exists in the Laodicea topography, if one superimposes the pattern of the Great Pyramid with its cross-section shown to display the Kings Chamber, the Queen’s Chamber and the ‘Pit’, the orientation in which the ley-lines of the Orion constellation outlines superimposed on the entirety of the environ appears to match that of the Great Pyramid. Thus, one can ascertain that the Martian Motif was ingeniously fashioned into a design not easily discerned as most others would or could be.

A Masquerading
The entire ‘pyramid’ and ‘pointed’ shape plateau would constitute the massive D&M Pentagon. Then the Pleiadian 7-Pyramid City would constitute the core of the 7 structures in the center of the city. This then would leave the best for last, that is the Face of Ala-Lu. How is it seen? Again, this following correlation might be highly suggestive but one doubts it. Consider that if one rotates the entire plateau 45 degrees northeast, the apparent ‘Face of Laodicea’ emerges. Amazingly, the Star Ori 28 would correspond to the right eye, which by the way is oriented towards the south as to depict the lower eye portion. Then the left eye would correspond to the Star Atlas in the Pleiades motif overlay. Also amazing is that then the entire Pleiades motif overlay at the core of the city would constitute the bridge of the ‘nose’ of this ‘face’.

Whose face is it? If one just outlines the edges of the Laodicean plateau on which the entire square mile still exists to this day and then one thickens the lines for a better visualization, the amazing revelation is that of a ‘face’, and that of a ‘Devil’ face starring back. The Devil Face has a pointed chin and a pointed left ear that matches with the hippodrome. Then the ‘face’ has 2 horns on either end of the top ridge that would correspond to the forehead and one smaller horn in the middle of the head. Perhaps many would argue that one is just have a really good case of Pareidolia. This is the condition where one sees ‘faces’ in inanimate objects, clouds, and the like. It could be the case as that is what was argued by the ‘Scientists’ at NASA, at least some until Google Mars came alone.

The ability to now mathematically calculate the Cydonia site and other places make such an excuse laughable. The Sacred Geometry that is occurring there is beyond believe and testifies that ‘life on Mas’ did exist at a prior time. What is astonishing is that the approximate 1 mile distance of the ‘Face of Laodicea’ from the top of ‘head’ to the ‘chin’ approximately matches that of the inner edges of the Face of Mars. One could then argue that such a correspondence might be coincidence or an anomaly, which could be but one doubts it based on prior studies. The determining factor would be how the casing around the Face of Mars makes it approximately 1 nautical mile wide for example. Well, if one takes the limit of the ‘horns’ at the top of the head of this ‘Devil Face’ of Laodicea, it just so happens that if a circumference is delineated from that diameter, it is exactly matching with that of the Face of Mar’s outer chasing.

Thus, one can reasonably conclude that the designers of the environ of Laodicea had its layout match such a multifaceted array of not only the astronomical constellation of Orion and the Star Cluster of the Pleiades but that the Face of Mars. It was cryptically encoded in the heart of the city with its temples. It also amazingly suggests the cross-section of the Great Pyramid with its chambers and thus the All-Seeing Eye of Lucifer. This site alone would then dispel any doubt that the Face of Face, that of Ala-Lu is that of Lucifer, the Devil as he is described in Revelation12. It is not of Jesus or those Followers of Jesus at that locale that had anything to do with such a ‘facade’. Such were the real ‘Sons of Light’ who gathered there in the Name of Jesus Christ. Laodicea was last Testimony in 7 Church circuit addressed by Jesus.

Prophetically, it was and is the ‘last’ Church period historically now about to conclude. Specific to Laodicea, it was also to became a prophetic blueprint of how the Last Generation of Believers and Followers of Jesus would end up as, in a general sense. The issue with Laodicea is even in its name as ‘lao’, is for the laity or the people as in ‘democracy’ or others would suggest ‘socialism’. Then ‘dicea’ refers to the rule of, thus the ‘Rule of the People, not Christ that ironically should have been the ‘head’ or ‘face’ of this Congregation. The Laodicean Congregation rather was symptomatic of how the very site was build upon the ‘headship’ of another ‘face’, a Rebel King.

What the Laodicean lost sight of was the ‘Face’ and headship of Christ Jesus instead. They fixed their eyes or focus on everything else but Jesus as the ultimate authority. Evidently, Jesus was left outside this type of Testimony as He was knocking and wanting to come in. Thus, Jesus invited and currently is personally inviting individuals from out of a such a time and type of Congregation. Ironically, the promise from Jesus Christ to the Overcomer is that Jesus will give him or her the right to sit on His Throne as Jesus overcame temptation, sin, the world, Satan, death and sat ‘at the Right Hand of the Majesty on high’. This is what Ala-Lu the Rebel King or better known as Lucifer is been wanting all along.
_________________________