Wokeness: ‘Being aware of and Actively Attentive to Important Facts and Issues, especially issues of Racial and Social Justice’. -Merriam-Webster Dictionary Word Added, 2017

The purpose of this Repost is to highlight what a Woman stated about what Wokeness has done to a Society in 2022, especially in the USA. The Statement was made by the Woman by way of a Tik-Tok Short, mirrored on the Channel of @blackconservative242. He does a Good Job exposing the Hypocrisy of the ‘Woke’ Movement, for what it is. Although the Woke Movement originated within the African-American’s Plight and Fight against Racial Discrimination and Legitimate Concerns against Police Brutality, it has now been Hijacked by the Radical Left for its Social Engineering Purposes. How?

Thy seek to Actively Destroy the Foundations of the USA and other Societies, as much as possible through ‘Political Correctness’. The Left-Wing Extremists are very skilled at Appropriating such Terms for their Political and/or Social Causes. When the Left speak about Racism, they are the Racist. When they speak Tolerance and Inclusion, they Exclude and Censor. Now, many Companies, Schools and Politicians are embedding their Marxist Concepts, and Leftist Indoctrination. It is now being used as a ‘Weapon’ to silence those opposed to Pedophilia, Same Sex Marriages, Christians, Pro-Lifers and those who Stand for the Flag and Nation to name a few Social Constructs and Symbols. And the Statement made by this Woman in the Video brings-out this Sentiment.
__________________________

Black Lives Matters.
Except in the Womb.

Women Rights are Human Rights.
But no one can Define what a Woman is.

We are told to ‘Trust the Science’.
But deny Basic Biology.

We are told that ‘Love is Love’.
Unless you Love GOD or Country. Then you are a Right-Wing Extremist.

We live in a Tolerant, Welcoming Society that does not Judge anyone based on Race, Gender or Faith.
Unless you are a White Christian Male.

Do As I Say, and As I Do
The Extreme Left has taken the Notion of being ‘Woke’ and used it to foster a ‘Cancel Culture’ Mentality and Expectation that the Government, Media, Education and Society now covers for them. This is now doon through Censoring or Shutting Down, Doxing any Individual Person or Corporation that thinks differently than the Radical Left does. What does that look like? It looks like the National Teachers Union writing a Letter to the FBI to Arrest Concerned Mothers at School Board Meeting when they Oppose or Voice their Concern about teaching Marxist Race Theory to their Children.

It is about Violating American Citizen’s First Amendment Rights and how they Infringe on other’s Personal Freedoms. How so? Consider when the Supreme Court overturned Roe vs. Wade. Social Justice Warriors, Antifa Elements and those espousing Extremist Leftist-Marxist Views would physically Protest at the Conservative Supreme Court Justice’s Homes. Yet the FBI did nothing. Then when such Elements would Bomb Pregnancy Clinics, both Religious and Non-Religious ones, the White House said nothing.

Yet, when the Blacks burned-down the Businesses in Major U.S. Cities, the FBI and the White House along with some Congresswomen applauded and encouraged the Incitement to Riot. Yet when Christians gathered at State Capitals like in Sacramento, California to oppose the Mandatory COVID Injections, the Governor called-out the Police to intimidate the Families that came out with their Children.

So, how is Wokeness now spreading like a Cancer among the Institutions of America, what is left of them? It is through Academic and Corporate Mandatory Diversity Training, for example. Thus, the Term, ‘Wokeness’, no longer means, ‘Not Sleeping’ but like the Extreme Left has now taken to the Limit, it has been Redefined, Hijacked from the African-American Cause to one that is purely focused on the LGBT Agenda and Attention to other Left-Wing Issues as well as Gender Identity, Pedophile Rights and such efforts as the #MeToo and #NoBanNoWall Movements.

This Last Generation before Jesus returns is defined now by themselves, although not really as they cannot come to Terms with who they are. They cannot be ‘Defined’ or there are like over 70+ Genders and counting. This Last Generation has become Lost Souls with Meaningless Terms who are Hypersensitive to Everyone and Everything, even unto Themselves, as to who and what they are, as to their Identity, etc. They are in a State of Confusion as even the Biden Supreme Court Nomination, who is supposed to ‘Judge’, could not define what a Woman is.

Same goes for the U.S. Secretary of Health and Human Services, who did not negate that fact that Men could not get Pregnant and bear a Child in a Congressional Hearing Interview, etc. So, for the sake of being Politically Correct, this Last Generation has lost it Moral Compass thanks to Decades of Moral Relativism that has been perpetrated in the Institutions of Higher Education. But all this is just Symptomatic of what the Bible foretold the Last Generation would be characterized by, one that Lost its Mind.

It would be 1 thing if such a People on the Left desired to succumb to their Reprobate Mind so that they could be contained and minimized. No. But such seek to Infect the whole of Society with their Depravity, and they are Winning. How? They are using the Courts and School to forcibly employ their Evil Indoctrination that come from Doctrines of Demons to the rest in Society.

As the Bible implicates them, they are not just content in that such People engage in this sort of Evil but such People on the Left-Wing delight in how they Corrupt others and expect others to join and affirm them in their Sins and Depravity. And sadly, this is how this Last Generation on Earth, just before Jesus Returns will nearly annihilate itself with.

‘Likewise, the Men abandoned Natural Relations with Women and Burned with Lust for one another. Men committed Indecent Acts with other Men and received in themselves the Due Penalty for their Error. Furthermore, since they did not see fit to Acknowledge God, He gave them up to a Depraved Mind, to do what ought not to be done. They have become filled with every kind of Wickedness, Evil, Greed, and Depravity. They are full of Envy, Murder, Strife, Deceit, and Malice’. -Romans 1:27-29
__________________________

#635: THE LAODICEANS
DOCTRINE OF WOKENESS
https://www.postscripts.org/ps-news-635.html 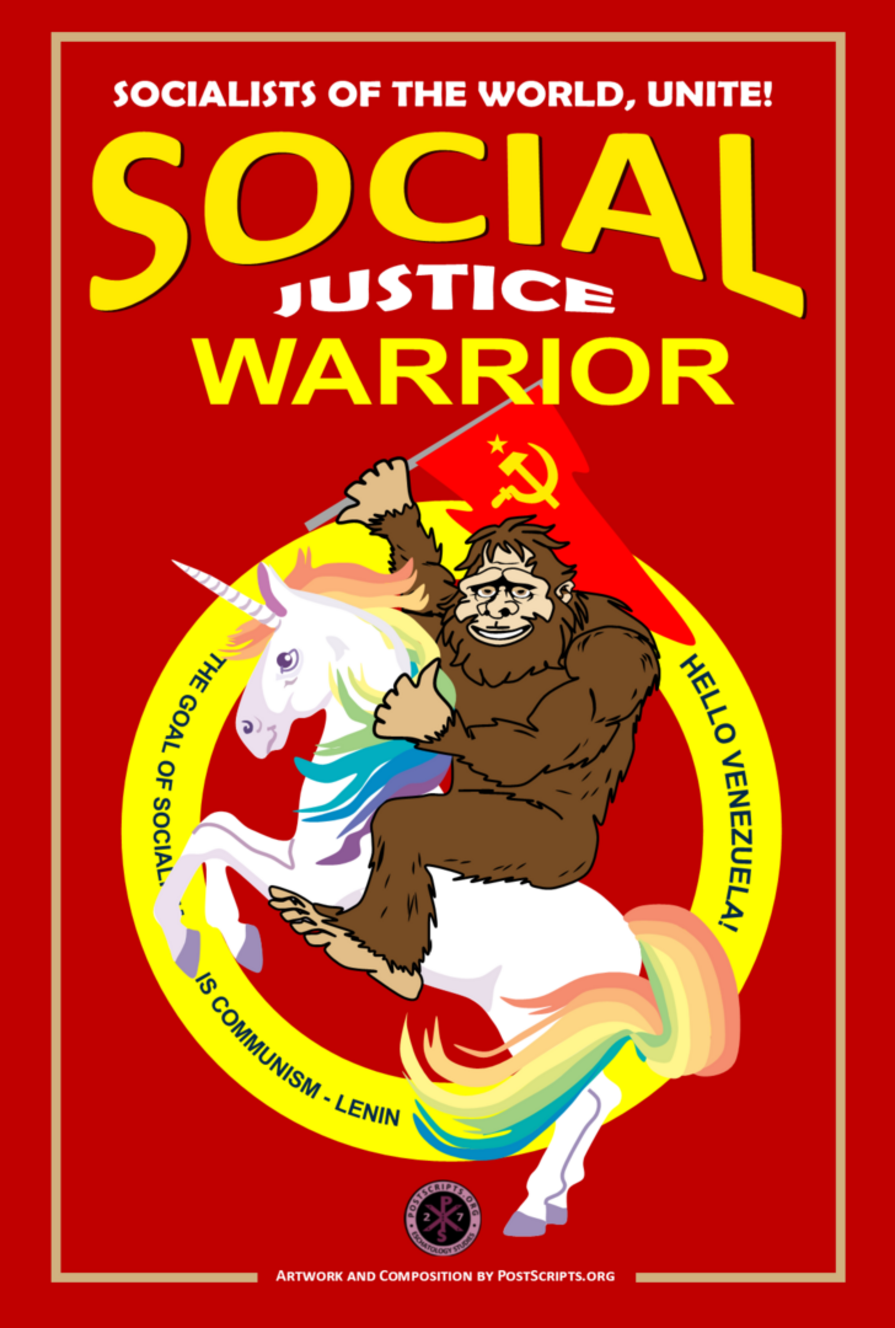