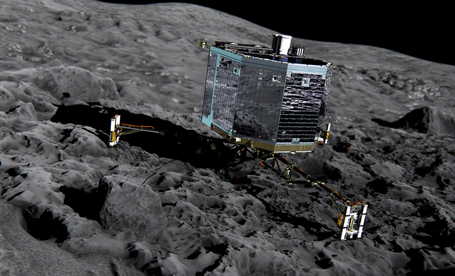 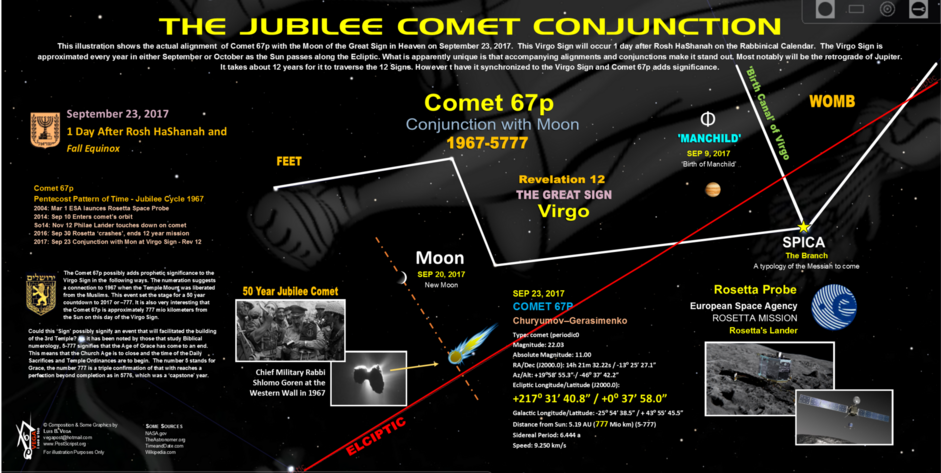 “I am speaking to you from the plaza of the Western Wall, the remnant of our Holy Temple. ‘Comfort My People, comfort them, says the LORD Your GOD.’ This is the day we have hoped for, let us rejoice and be glad in His salvation. The vision of all generations is being realized before our eyes: The city of God, the site of the Temple, the Temple Mount and the Western Wall, the symbol of the nation’s redemption, have been redeemed today by you, heroes of the Israel Defense Forces. By doing so you have fulfilled the oath of generations, ‘If I forget thee, O Jerusalem, may my right hand forget its cunning.’ Indeed, we have not forgotten you, Jerusalem, our holy city, our glory. In the name of the entire Jewish people in Israel and the Diaspora, I hereby recite with supreme joy, blessed art Thou, O Lord our God, King of the universe, who has kept us in life, who has preserved us, and enabled us to reach this day. This year in Jerusalem – rebuilt!”  -Chief Chaplain of the IDF, Major General Rabbi Shlomo Goren

The purpose of this study is to show the actual alignment of Comet 67p with the Moon of the Great Sign in Heaven on September 23, 2017. This Virgo Sign will occur 1 day after Rosh HaShanah on the Rabbinical Calendar. What makes the Virgo Sign of 2017 very unique is that it is synchronized not only to the Retrograde of Jupiter within the ‘womb’ of the Virgo Sign but the Moon conjunctions with Comet 67p. Comet 67p possibly adds prophetic significance to the Virgo Sign in the following ways. The numeration suggests a connection to 1967 when the Temple Mount was liberated from the Muslims. This event has set the stage for a 50-year countdown to 2017 or –777. It is also very interesting that the Comet 67p is approximately 777 million kilometers from the Sun on this day of the Virgo Sign. Prophetically, the comet’s debut could suggest a Pentecost pattern of time – a Jubilee Cycle since 1967.

Could this ‘Sign’ possibly signify an event that will facilitated the building of the 3rd Temple? The number 5 stands for Grace, the number 777 is a triple confirmation of that which reaches a perfection beyond completion as in 5776, which was a ‘capstone’ year. As it has been noted by those that study Biblical numerology, 5-777 signifies that the ‘Age of Grace has come to an end’. The following are the specifications of the Jubilee Comet, 67p. The labeling of this comet as the ‘Jubilee Comet’ is only in the sense that it number is identical to the year that the Temple Mount was liberated by the Jews and that perhaps coincidentally, the conjunction with the Moon as part of the Great Virgo Sign composition on precisely the day, September 23, 2017 will be within the 50th year anniversary. From June 7, 1967 to the Virgo Sign will be 18,371 days from the start date to the end date, but not including the end date or 50 years, 3 months, 16 days excluding the end date.

The Coming Conspiracy
The modern day evidence of the spiritual and prophetic contention and conspiracy over the Temple Mount is symptomatic of the war between the Seed of Satan or Lucifer and that of the Seed of the Woman. This struggle or ‘labor pains’ after Israel was ‘born’ in 1 day can be best exemplified by the struggle over the Temple Mount against the Muslims. On Thursday, October 13, 2016 just after Yom Kippur, the UN Educational, Scientific and Cultural Organization (UNESCO) passed a resolution in Paris, where it is headquartered. The resolution was introduced by several Muslim nation members. The resolution stated that all of Judaism’s holiest sites in Israel, particularly in Jerusalem and pertaining to the Temple Mount specifically are in fact ‘Islamic’ and where never ‘Jewish’. The word Temple Mount was never mentioned by name and the site along with others were referred to their Arabic alternative names.

It is believed that this UN resolution was a backlash for the aggressive Jewish settlements and construction planned in Shiloh as of late. It was also a retaliation for how Israel has been dealing with the Muslims that are clashing in the mosques that have occurred on the Temple Mount. It is rather prophetic that it was in Shiloh where the Tent of Meetings of Moses was and it took a ‘King David’ and son to eventually build a Temple to house the Ark of the Covenant in Jerusalem. Is history about to repeat this pattern prophetically? Will there be a ‘King David’ figure or that of a ‘Solomon’ that will build the 3rd Temple to house the Ark of the Covenant once it is revealed. What this study is suggesting is that the resolution is preempting the 50-year anniversary of the liberation of the Temple Mount that perhaps will draw attention of the world and Jews in Israel that have been either apathetic or politically cowardice in addressing the need for YHVH’s People to build YHVH His House to be a House of Prayer for all the nations.

The Coming Decree
Perhaps such a ‘Pentecost’ anniversary or a comet such as 67p will instill in the minds of the average Jew that it is time to build the ‘neglected’ House of YHVH and not their own as it was the case the book of Hosea. It was Hosea that admonished Israel’s ancestors when they came back in Jerusalem from the Diaspora of Babylon to not neglect the building of YHVH’s Temple. Granted they first did build the modern walls as it is the case now all over Israel and not just the ancient walls of Jerusalem. It was ironically an ‘Iranian’, Cyrus the Great that gave the degree to rebuild the walls of Jerusalem and subsequently the 2nd Temple. The People of YHVH first tended to their own houses but neglected YHVH’ House of Prayer that should have been for all the nations and not just for ‘Muslims’ on the Temple Mount as the Muslims would have it.

Perhaps there will come another ‘Cyrus the Great’, as an Antichrist figure Israel will accept that will decree the rebuilding of the 3rd Temple. As Israeli settlers are building their homes and Israel for the most part has come back to the land and have ‘buildup’ the House of Israel, what about YHVH’ House or Temple? Will the 50th year anniversary be such a year that it could happen as in the days of Hosea? The UN resolution did not address the ongoing Muslim construction work on the Temple Mount that is destroying the evidence of a former Jewish imprint. As the UN resolution has criticized Israel’s handling of the violence that has escalated on the Temple Mount all the while it ignores the fact that the Muslims prohibit any non-Muslims from praying there.

What is rather interesting is that the destruction of the 2nd Temple by the Romans was preceded by a comet, Hailey’s Comet some 3.5 years from 70 AD. Could such a comet have also heralded the construction of the 3rd Temple? By the way, the historical and documented destruction of the 2nd Temple by the Romans would also have to be negated by the Muslim UN resolution. The Arch of Titus in the Roman Forum that commemorates the destruction of the 2nd Temple on the Temple Mount would have to be taken down for the UN to placate the Muslim revisionists and be politically correct ‘history’. As to comets, some believe that Comet ISON was such a comet that perhaps was heralding the coming 3rd Temple. It is canny that if one factors in about 3.5 years from the Virgo Sign, the timing corresponds to when Comet ISON began to reach perihelion on November 23, 2013.

This was specifically 1400 days, a 7-7 coefficient or 3 years and 10 months precisely from the Virgo Sign and its Comet 67p conjunction with the Moon. This UN resolution is clearly a political backlash that typifies the hypocrisy of that that stand in the way of Biblical prophecy that will be fulfilled regardless of the Luciferian agency. The UN and its Luciferian resolutions only seek to thwart the inevitable, the 3rd Temple. Perhaps what will take to build the 3rd Temple will be a Royal Decree like that of King Cyrus. Realize that the coming AntiChrist to be taken for the Messiah by Israel and being of the line of King David will have it be that such a Royal Decree from the ‘Messiah’ himself will be made and adhered to. Another possibility could be the Celestial Signs such as the Virgo Sign that will be accompanied by a Comet 67p conjunction on the very day of the occurrences by the Moon and whose number in its name has 67 as in 19-67.

What the UN resolution has also done is put any Christian holy site in question as the Muslims seek to Islamize the whole city of Jerusalem, Israel and the whole world for that matter. It also casts doubt over the link between the religion and the Western Wall for the Jews. The Muslims would prefer that the people of Israel have no connection to the Temple Mount and the Western Wall. It is rather comical that in the Muslim Qur’an, there is no mention of the city of Jerusalem. Ironically also, it was King Solomon that built the 1st Temple on the Temple Mount and whose name in Arabic is Suleiman. According to research, this is the very same that even Muslims believe had built a ‘Temple’ of worship. In Arabic, King Solomon’s name is Suleiman ibn Dawud (Solomon son of David), According to the Qur'an, Solomon was a Malik or King and Nabi which is Arabic for Prophet) of ancient Israel.

Islamic tradition generally holds that Solomon was the 3rd King of Israel and was a just and wise ruler for the nation. Islam views Solomon as one of the ‘elect of Allah’, who constructed the Temple of Solomon. Herein lies the contention, although Muslims would ‘agree’ that Solomon build a Temple, the politically correct ascription is that it was not on the Temple Mount however. However, the UN UNESCO Muslim resolution is denying their very own scholarship and admitted religious protocol that at least pay lip-service to the notion that if there was a King David and a Solomon, they cannot deny the historical fact that King David’s capital of his tribe, Judah was Jerusalem. The Muslims cannot deny their religious protocols that as they accept and believe also that Solomon was also a King and Prophet of ‘God’, that Solomon did build a Jewish ‘Temple’.