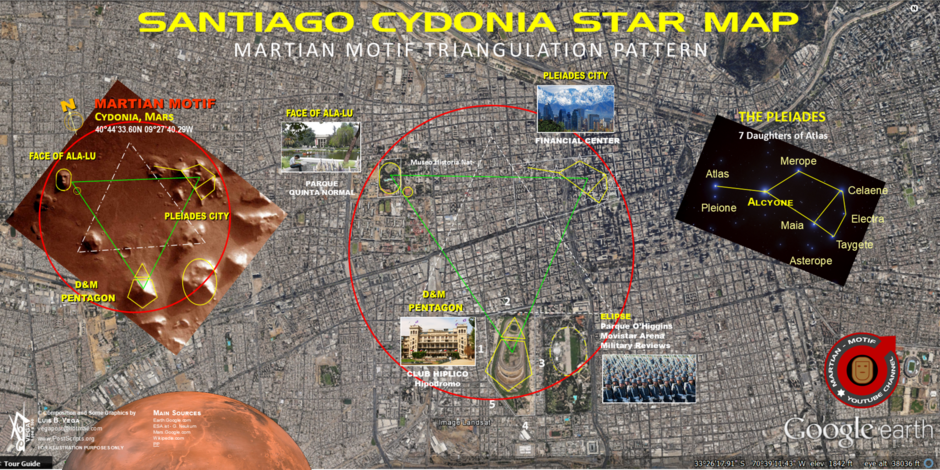 The purpose of this study is to suggest that the core of the metropolitan area of the capital city of Santiago de Chile is construed to the pattern of Cydonia, Mars. This template is seen also in other ancient and modern cities. The Martian Motif consists of the famous Face of Mars, the Pentagon Fortress and the Pleiadian Pyramid city. The Pleiadian City is usually associated with centers of commerce. The Pentagon Fortress is usually correlated to a fort or military related type of structure of design. The Face of Mars usually is associated with usually stadiums and in this case a park.

In the case of Santiago, the Pentagon Fortress correlates to the race horse track of the Club Hipico. Next to the hippodrome is the Parque O’Higgins and that of the Movistar Arena. This is where the Chilean Armed Forces are on display in review, much like the Bema Seat of the Bible. The Face of Mars corresponds to the Parque Quinta Formal where there is a pond and relaxing gardens to enjoy. Adjacent to the Parque is the Museo National de Historia. This area is echoing them of the Face of Mars, that according to the ancient Sumerian texts was attributed to a mausoleum as in museums as there is also the Museo Ferroviario or of railroads.

The Pleiades connotes the 7 Churches of Asia and thus appropriate for such associations. Now why such a Martian Motif is implemented into the ley-lines of such capital cities remains to be ascertained fully, other than the fact that based on Scripture, the kingdoms and nations of the world are currently under the control of the Principalities and Powers of the Air, or that of Lucifer and his Fallen Angels. This notion is also collaborated by the prophet Daniel and even when Jesus was being tempted by Lucifer, he temped Jesus by given all such powers and nations if Jesus would bow down and worship Lucifer. Thus such places of worldly power are configured to such sacred geometry to hone in such spiritual powers.
______________________ 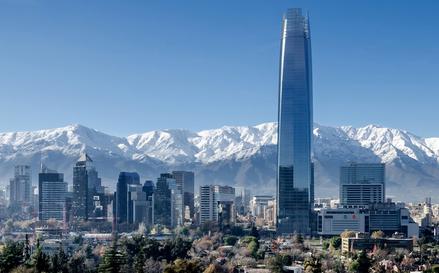