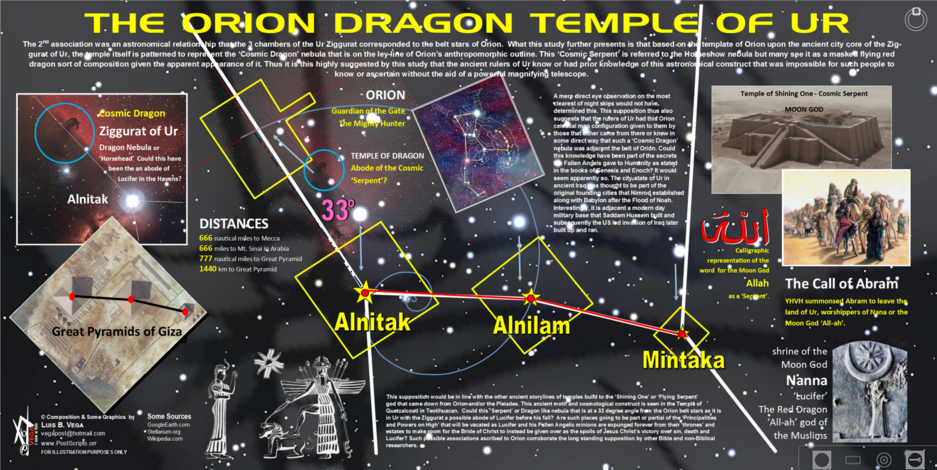 #446:
​POPE’S VISITS TO UR
TEMPLE OF THE DRAGON
Fusion of the Luciferian Religions

‘Then the LORD said to Abram, Leave your country, your kindred, and your father’s household, and go to the land I will show you. I will make you into a Great Nation, and I will bless you; I will make your name great, so that you will be a blessing.’ -Genesis 12:1-2

The purpose of this study is to consider the trip of the Roman Catholic Pope to the ancient city of Ur of the Chaldean in early March in 2021. Ur is in modern day country of Iraq and is about a few hundred miles sound of Baghdad. The Pope’s trip to Ur is part of the continuation of the Abrahamic Accords and ‘Abraham House’ initiative that brings together the Roman Catholic Pope, an Iman from Islam and a Rabi from Judaism. The place could not be more iconic than Ur as that is where Abraham was born and left for the Promised Land, as instructed by YHVH. The quest of this ecumenical endeavor is to bring the religions together, into a synopsis of supposed unity. All 3 religions seek a Messiah figure Savior that is to come and establish ‘Peace on Earth’. To this end, the Jews held a worldwide prayer in which they besieged their GOD to send the Messiah.

The collective prayer occurred in late March of 2021. That Jewish universal prayer, to have their Messiah come was very interesting. What caught one’s attention was how they addressed their ‘GOD’. They addressed him as, ‘Master of the Universe’. To one’s recollection, no such title exists that Jews pray using such a title. Where in the Torah and the Prophets is YHVH ever addressed as ‘Master of the Universe’? The point is that it is not the same Master nor Messiah they are connecting with, even now on a national level. The traditional Jewish prayer use, ‘King of the Universe’, etc. But one suspects that this is coming from the Kabbalists, no doubt and how it was really a cryptic inference to Lucifer, who to the Kabbalist and the Occult, he is the Master of the Universe.

That title is actually one of the titles they do use in such Secret Societies like the Freemasons for example. And their prayers will be answered. One finds it rather interesting that the Pope’s visit to ancient Ur in Iraq for a furtherance of the Abraham House through their combined prayer had as their backdrop the Ziggurat Temple of the Dragon. This Ecumenical convergence was another of their rituals that has only served to conjure-up the Spirit of the Dragon that is there. This magnificent Ziggurat or pyramid of Ur was dedicated to the Moon God (Allah) but in pre-Islamic days, it was the Temple of the Dragon or Snake. This will play out in the coming advent of the AntiChrist who will be given power by the Dragon and supported by the False Prophet. So, key Ecumenical steps are being met as the Pope is playing the leading role of the coming False Prophet, being played-out before the world, unawares to those not ‘initiated’. Is it any coincidence that the Ecumenical event occurs on the 1260th day of the Revelation 12 Sign enmity between it and the 'Woman' and its 'See', that involved a Red Dragon motif and a Rapture event soon to take place?

Celestial Keys
The layout of the Temple at Ur is pegged to the Stars of Orion, as is the Vatican and other sacred religious sites around the world. In the Mazzaroth or Zodiac, Orion is the Champion, the Prince, a type of Christ, the Redeemer, Overcomer that confronts the Bull, Taurus who has captured the Pleiades. These are the 7 Maidens and Orion is to rescue her. It is the ‘Celestial Bullfight’ as one could call it. But to the Luciferians, he is the AntiChrist, ‘Master of the Universe’ guarding the Silver Gate and thus has the Silver Key to get in. It is a rather unique duality going on here. What many do not realize except for the Esoterics is that Orion has the Silver Key at his side. The Sign of Orion is adjacent the Silver Gate of the Cosmos as he is the Sentinel guarding the ‘Entrance to Heaven’, if you will. And it is a ‘Key’ that the Roman Catholic Church has claimed.

This ‘Key’ corresponds to the Dragon Nebula. Meaning? The Key corresponds to the Temple of the Dragon, and it is thus only through the Dragon that one has to come to, to be let into Heaven, not Jesus. The Nebula is erroneously called now the ‘Horse Shoe’ Nebula but only as to not disclose its true inference. The point? Ur and the Vatican are positioned on Earth to correspond to this Dragon Temple, the Moon Goddess, Allah, juxta-positioning. This is really what the Abraham House initiative is all about. There will be a fusion of the 3 Abrahamic so-called Faiths, Christianity, Judaism and thus the ‘Abraham House’. This ‘House’ will eventually make way to be the 3rd Temple or the Biblical House of YHVH. However, this Temple which will be erected on top of the Temple Mount in Jerusalem will serve as the ‘House of Prayer’ for all Nations.

It will the cause of the ‘New Religion’ as the coming False Prophet will direct all worship to the AntiChrist. This House or the 3rd Temple will be used as a rallying cry that will unite initially all the Nations on Earth. Jerusalem will be the epicenter but not realizing that the Kabbalist will then seek to make this likewise the Temple of the Dragon. How so? According to the Bible, at the halfway marker of the last Sabbatical Cycle of Years that is called Daniel’s 70th Week of Years, the false Jewish Messiah will cease all Daily Sacrifices and will enter the Temple and proclaim himself ‘God’. It is when Lucifer is cast out of Heaven after the Celestial War as the Raptured Bride has taken up their thrones of dominion and of judgment. Being unsuccessful in maintaining his Judicial Right and access to Heaven, Lucifer, that Old Serpent the Devil will then be cast down to Earth. This timing will correspond to the midpoint of the Tribulation Period.

It is at this time that like with Judas, Lucifer will enter the AntiChrist’s body and possess him to the point that he will demand absolute worship of all people on Earth. Those not submitting to his forced Mark of the Beast will be beheaded as the Noahide Laws stipulate. Thus, the religion of this coming New World Order with its epicenter in Jerusalem’s 3rd Temple or ‘Temple of the Dragon’ like that of Ur of the Chaldeans will be Luciferian at the core. And this is what this study contents, that during the Tribulation Period, the New World Order will be Luciferian. There will be such a change in the dynamic of religion in the world after the Rapture event, that the core tenants of each will capitulate to a synthesis of a new one, that of Lucifer’s. This is how the prominent Luciferian Albert Pike penned it.

That the 3rd World War is to destroy Judaism and Islam next, as Christianity has now been relatively so as it has been made to be weakened. One contends that it will be the Noahide Laws that will be in place during the Tribulation Period as the AntiChrist will have that as a judicial structure for the world. A post-Rapture world will require a new order, laws and a synthesizing of the present poplar religions. Thus, this visit by the Pope is huge as this connects to Ur, the Temple of the Dragon and the rise of the last rendition of the Beast Empire. It is really the Spirit of Isis, of Diana, of ‘Mary’ but that it is associated with the Temple of the Dragon from whom it gets its power from. Thus, one can understand how the Roman Catholic Church uses the 2 Keys, the Silver and Golden Keys to justify their claim over all the souls in the Universe, in-between these 2 Gates to Heaven and thus, 2 Keys.

It is because their authority is given by the Dragon, Lucifer. But this ‘God’ is really a Goddess also or appears as such, Sirius, Isis or as I like to put it, Lucifer dressed in drags. Is it also any wonder why the Transgender Movement had all of the sudden pooped-up as did all those Baphomet statues across the USA in particular, that are a fusion of the Male-Female? Why the USA? As the country is still relatively the ‘Head’ of the Nations, but not for much longer, its social policies have now become political ones. And now how under a new Presidential Administration, the Equality Act will be passing as did the Marriage Act under Obama. So, now the Pope has gone to Ur, to this ancient Temple of the Dragon to pray there with Jews and Muslims to conjure up this same ancient spirit to usher in their Master Dragon.

In essence, the Ecumenical event is a mockery and rehearsal of the Revelation 12 Sign. How so? It is no coincidence that the prayer meeting amongst the 3 major religions of the world attributed to Abraham takes place on the 1260th day of the Revelation 12 Sign. The Sign is a prophetic motif of the ‘War of the Seeds’ from Genesis 3:15. It is an eternal contention between the forces of Christ and the AntiChrist of the Woman against the Red Dragon, etc. These 3 people, head of their ‘Faiths’ are but the religions of the Dragon that seek to content with the Remnant of the Woman’s Seed. This Woman’s Seed is the motif of those that like Abraham saw the day of Jesus Christ and by faith put his trust in the finished work of the Cross of Calvary. Jesus attested to this as He witnessed that ‘Abraham saw my day and rejoiced’. There is a 3rd motif in the Revelation 12 Sign, that of a Rapture Event.

One also contends that this event is approached its prophetic ‘Shelf-Life’ as the 42 months or 3.5 years or 1260-days have come that is specifically associated with the Revelation 12 Sign. The 1260-day marker is pegged to when the Sign first appeared astronomically in the sky in September 23, 2017. It echoes the literal fulfillment yet to occur at the 1260th day of the coming Tribulation Period. This is when the Red Dragon, once possessed of the AntiChrist false Savior of all these 3 imposter religions of Roman Catholicism, Rabbinical Judaism and Islam will demand absolute worship as ‘God’ and will persecute those who put their faith and trust, as Abraham in Jesus Christ. The ‘Woman’, in this case will be the Remnant of Israel that will flee to the desert for exactly another coefficient of that 1260th day. Thus, this Ecumenical event has profound implications and is a huge prophetic marker achieved.
________________________ 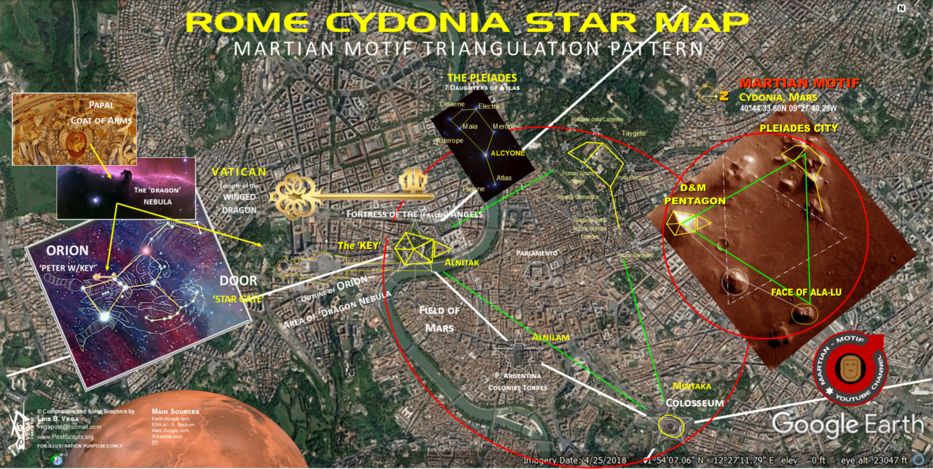 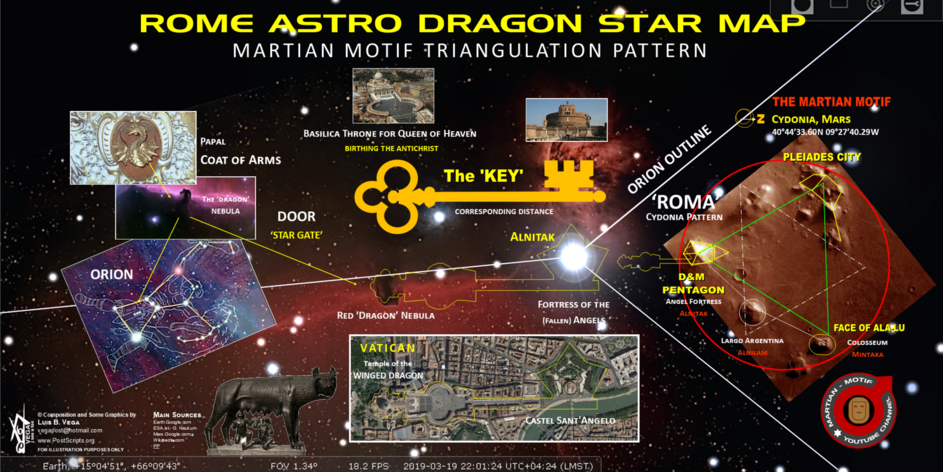 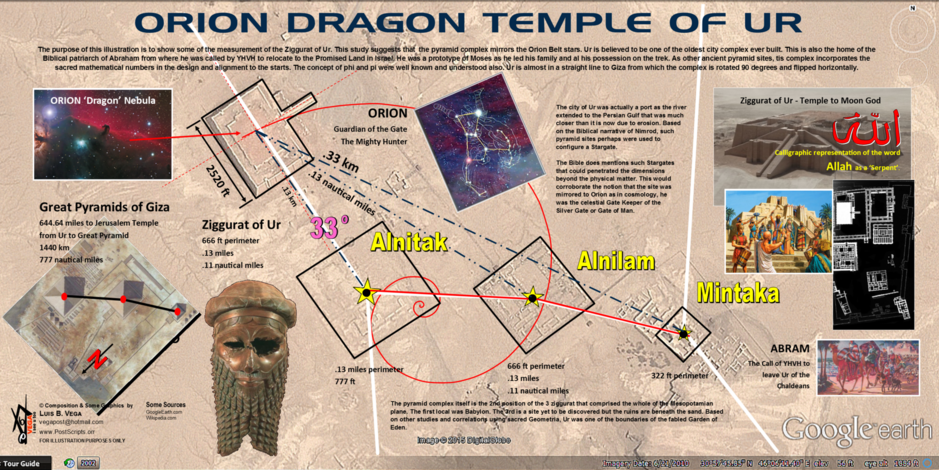