#476:
​GIVE IT TO ME STRAIGHT DOC
POLITICS MIXED W/ MEDICAL DECISIONS
Sources for Medical Information have an ‘Agenda’

‘The more a Society drifts from the Truth, the more they hate the ones who speak it.’ - George Orwell.

The following is a monologue given by Left-Wing Pundit Comedian, Bill Maher that aired in April of 2021. He is the host of his show called, Real Time. He is an outspoken critique of many things and sometimes, he even makes sense as he would be classified more of a ‘Classical Liberal’ than most Liberals of today. If fact, some of his rationales on controversial topics would seem ‘Conservative’ in comparison to the ‘Woke’ Left-Wing crowd and that of the Cancel Culture.

Case in point is his view on the COVID-19 Scientific Management of how the Media along with the Politicians have taken upon themselves to dictate what is in one’s best Medicine Interest and how one should take it and how often. This is shared only to show that even on the Left, there are voices that are daring to questing the official narrative of what the COVID-19 ‘pandemic’ is being misinformed, manipulated and how it should be defined, managed, and conveyed. And as a result, how People are to be managed and defined as well, ore more like re-defined thanks to the Globalist COVID Agenda.
__________________________________________________

And finally New Rule. Do not spin me when it comes to my health. Over the past year the COVID pandemic has prompted the Medical Establishment, the Media and the Government to take a ‘Scared Straight' approach to getting the Public to comply with their ‘Recommendations’. Well, I am from a different school. Give it to me straight Doc. Because in the long run, that always works better than, ‘You can't handle the truth’. Now I get it, Doctors tell People lies because they do not trust you to finish the Antibiotics after your *** starts feeling better. And Media? Well, I think we all know, ‘If it Bleeds it Leads’, the more they can…, the more they can get you to stay inside and watch their ‘Panic Porn’, the higher the Ratings.

Researchers at Dartmouth built a database recently monitoring the COVID coverage of the major news outlets across the world. And found that while other countries mixed the Good News in with the Bad, the U.S. National Media reported almost 90% Bad News even as things were getting better. The reporting remained negative. And Politicians? They lie because it is their nature to cover their ass. They do not get blamed if things go badly and also to keep in practice. But when all of our sources for Medical Information have an ‘Agenda’ to spin us?Yeah, you wind up with a badly misinformed population including on the Left.

Liberals often mock the Republican ‘Misinformation Bubble’ which of course is very real. Ask anyone who works at Hillary’s Pizza Parlor. And we do know Conservatives have some loopy ideas about COVID like the 3rd of Republicans who believe it could not be spread by someone showing no symptoms. But what about Liberals? You know the high information by the Science? People in a recent Gallup Survey showed Democrats did much worse than Republicans in getting the ‘right answer’ to the fundamental question of, ‘What are the chances that someone who gets COVID will need to be hospitalized?’ The answer is between 1% and 5%. 41% of Democrats thought it was over 50%. Another 28% put the chances at 20% to 49%. So, almost 70% of Democrats are wildly off on this key question.

And also have a greatly exaggerated view of the danger of COVID too, and the Mortality Rate among children, all of which explains why today the States with the highest share of schools that are still closed are all Blue States. So, if the Right-Wing ‘Media Bubble’ has to own things like Climate Change Denial, should not the Liberal Media have to answer for how did your audience wind-up believing such a bunch of crap about COVID? A new report in the Atlantic says the Media will not stop putting pictures of the beach on stories about COVID even though it is looking increasingly like the beach is the best place to avoid it. Sunlight is the best disinfected and vitamin D is the key to a robust Immune System. Texas lifted its COVID Restrictions recently and their infection rates went down in part because of people getting outside …letting the Sun and wind do their thing.

But to many Liberals, that cannot be right because Texas and beach loving Florida have Republican Governors. But life is complicated. I have read that the Governor of Florida reads. I know we like to think of Florida as only Middle School Teachers on bath-salts having sex with their Students in front of an alligator. But apparently, the Governor is also a voracious consumer of the Scientific Literature. And maybe that is why he protected his most vulnerable population, the Elderly way better than did the Governor of New York. Those are just facts. I know it is irresponsible of me to say them. Look, here is what I am saying, I do not want Politics mixed in with my Medical Decisions. And now that everything is ‘Politics’, that is all we do. If their side says COVID is nothing, our side has to say it is everything.

Trump said, ‘It would go away like a miracle’, and we said it was ‘World War Z’. Trump said, ‘We should ingest household disinfectants’ and we laughed as we should of course. And then it turned out …America was literally drenching the fruit in Clorox. And now, of course we find out that all that paranoia about surfaces… well anyway, even though we spent hours and hours wiping our knobs with Lysol and if you have ever wiped your knob with Lysol, I think you know. Go home and wash the mail. If you lie to People even for a very good cause you lose their trust. I think a lot of People thank you. I think a lot of People died because of Trump's incompetence. And I think a lot of People died because talking about obesity had become a third rail in America. I know you have heard me pound this fried drumstick before. But since I last mentioned it, a stunning statistic was reported. 78% of those hospitalized ventilated or dead from COVID had been overweight.

It is the key piece of the puzzle by far the most pertinent factor but you dare not speak its name. Imagine how many lives could have been saved if there had been some national campaign, a la Michelle Obama’s ‘Let's Move Program’? With the urgency of the pandemic behind it, if the Media and the Doctors had made a point to keep saying, ‘But there is something you can do’! But we will never know because they never did. Because the last thing you want to do is say something insensitive. We would literally rather die instead. We were told to ‘Lockdown’! Unfortunately, the killer was already in the house and her name is little Debbie…
_______________________ 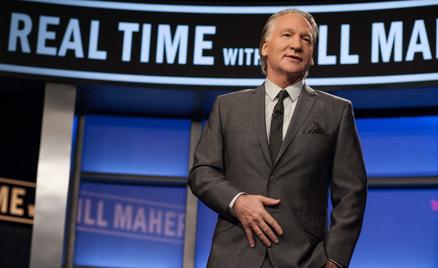