'It is easier to deceive people than to convince them that they have been deceived.' -Mark Twain

The purpose of this study is to illustrate the ‘Invisible Pyramid’ of Ollantaytamo, Peru. Ollantaytamo is an ancient Inca fortified city nested in the mountain overlooking a valley. It is at this valley below that a configuration of various unsuspecting lines from plotted land that construe the ‘illusion’ of the ‘Invisible Pyramid’. What is amazing is that this optical illusion can only be seen from the air at an approximate elevation of ~1200 feet. The mountain range is well below such feet measurements and it would have perhaps been designed to be seen from such points of view. However, the only viewing spots are on the fortress ledges that are already built-up. The problem is that the optical illusion cannot be ascertained from that vantage point. The image would be upside down. Most importantly, the illusion can only come into focus or alignment when viewed from a western perspective that has no mountains or such elevation to look from.

And as noted, the configuration that results in the formation of the ‘Invisible Pyramid’ anomaly is defined by individual patches of cultivated acreage of land down in the valley. Such a patch work of delineated strips of land is what forms the ‘Invisible Pyramid’ unnoticeable at ground level. Whomever designed and surveyed the land to such a degree had the intend of portraying this ‘Invisible Pyramid’ to be viewed only from the air and at a certain angle to be then hidden in plain sight. This is a true measure of the working of the ancient sacred body of knowledge that was precisely intended to be concealed to the ‘uninitiated’ while at the same time, ‘revealed’ to the ‘initiated’. It is rather fascinating that the optical illusion of the flat plain portrayed but when seen from the air and angle becomes a 3-deimensional truncated pyramid. This is the ancient motif of the Secret Mystery Schools that started in Sumer and Babylon. Evidence for this connection is seen in the measurements that comprise the pyramid.

Interestingly, such a motif is the same as that of the Luciferian Masonic unfinished pyramid with the All-Seeing Eye of Lucifer as the Cap Stone. It is the same motif that is still being used by the same Secret Societies to this day. They seek to unite the Cap Stone with the Pyramid. This motif is of the Federal Reserve bank note having their seal on their money of the truncated or unfinished pyramid. The motif is reminiscent of the interruption of the Tower of Babel by YHVH. This is one of the main episodes of human history where a dramatic turning point occurred as recorded in the Bible. This event has echoed throughout the psyche of all human races. This is evident in how, across the world the ancient Incas and those prior had this same revelation or understanding. Ominously, this specific ‘unfinished pyramid’ or motif is prominent to the Luciferians.

The Great Work
The ‘Great Work’ is part of the occult knowledge given to Secret Societies by the Fallen Angels that were worshipped as ‘Gods’. What the motif represents is the ‘Great Work’ or the unfinished work that needs to be completed; to have the Sacred Cap Stone descend from Heaven to complete the Unfinished Pyramid or ‘Tower’ on Earth. Lucifer is to come down to Earth some day and finish the work of uniting Humanity under one Lord, Lucifer through his religion, economy and government. This motif is tied to the ideals of a New World Order in that the 1st attempt at uniting the whole world took place at the Tower of Babel on the Plains of Shinar. It was Nimrod, a descendent of Ham after the Flood of Noah that made it his quest with the power and knowledge of the occult to defy the edict of YHVH’s command to have Humanity disperse throughout the Earth. The following are some occult dimensions of the Invisible Pyramid of Ollantaytamo.

The quest to unite all of Humanity, which had only 1 language at the time was not benevolent but a direct challenge and rebellion towards YHVH so much so that the Bible states that YHVH had to ‘come down and confuse’ their language and their endeavor or ‘Great Work’. What many do not know or realize is that this ‘Great Work’ to refashion the Tower of Babel in uniting all of Humanity is still much a quest and will soon be realized. At the forefront of this Luciferian quest are, most notably the Freemasons. There are other fronts as the literal ‘pyramid’ of rank and file are stratified throughout the world and in various political, social, religious and philanthropic fronts.

What this study also would further like to connect with this ‘Invisible Pyramid’ is its Marian inference. How so? It has been shown through the Martian Motif Theory that the  Cydonia, Mars pyramid configuration is mirrored on Earth. It has been shown that most, if not all of the ancient and modern sacred sites all over Earth are construed to the same triangulation outline as that found in Cydonia, Mars. This amazing triangulation involves the famous Face of Mars, the giant Pentagon Pyramid and the 7 Pyramid Pleiadian City. This notion has been dismissed by NASA and others as only being merely illusions themselves of nothing more than light and shadow effects.

However, if one does a serious study of such triangulations all over the Earth’s sacred sites like Ollantaytamo, it is easily corroborated to be true without a shadow of a doubt, no pun intended. In the sacred site of Ollantaytamo, the main fortress that is edged-out on the mountain façade is construed to mirror that of the Pleiadian star fortress on Mars. Then the Face of Mars corresponds to the Temple of the Sun. It is also at this point that there is actually a face edged-out of the mountain that overlooks the valley below. He is called the ‘Old Man of the Mountain’ but is also a direct reference to Viracocha or the Feathered Serpent.The 3rd element of the triangulation at Ollantaytamo consists of a giant circle or encirclement that is yet to be fully explained as to its purpose. It most likely served as the rear flank of a fortification to guard the rear entrance to the city below. For a more in-depth study of all these sites, there are 3 books of a series that investigates these Martian Motifs on Earth. The links will be provided in the Source section at the end of the article. What such sites like Ollantaytamo conveys is that the whole history of Humanity is surely obscured and suppressed at best. It is only the few and ‘selected’ that such knowledge and understanding are passed down to. Why?

For one, such knowledge and understanding corroborates the authenticity of the Bible narrative in how there is presently a celestial conflict and quest by Fallen Angels to take over and rule not only Earth but Heaven itself. This is what the meaning and cryptic message of ‘Invisible Pyramid’ is all about. What is the issue? The issue is that Humanity is right in the middle of this struggle and it needs to take sides. This site is just one more example of how such forces ‘occult’ or hide their motifs in plain sight and keep it from what they call the mundane, the ‘uninitiated’ and unworthy ones. This is in direct opposition to the true light of how Jesus came to Earth from Heaven to disclose the truth and free Humanity from the deception of such Luciferian chains of bondage and ultimate destruction. Is there a direct connection between the Martian Motif layout of the fortress out-cropping of the side of the mountain in Ollantaytamo with the ‘Invisible Pyramid’ down below in the valley floor? Yes.

Is there a direct connection between the 'God of the Sun', as in the one worshipped in the Temple of the Sun, to Lucifer? Yes. If one considers the triangulation of the Martian Motif layout, the Fortress and the Encirclement depict the base. Then the Temple of the Sun in the center would then correspond to the Cap Stone pinnacle. Thus, the alignment of the Martian Motif that is directly north of the layout of the ‘Invisible Pyramid’ appears to match the orientation and alignment. This would make the Cap Stone, the ‘Shining One’ correspond to the Face of Mars or Sun Temple. This personage was and is believed to correspond to the Rebel King Ala-Lu whose face as commemorated there in Cydonia, Mars as a temple dedicated in his honor. Thus, one can make the logical conclusion that this Ala-lu figure is one in the same as Lucifer, the Rebel Cherubim whom the Ancients and present-day followers wait for his return, illumination and enthronement.

Their agenda is not to liberate nor illuminate Humanity but in a façade to ‘unify’ them, it is only a means to an end. Their end goal is not to have Jesus Christ rule but to have Lucifer as the ‘Cap Stone’. They await his appearing to come upon the Earth and rule as a despot. They do not realize that it will be at the expense of a defeated and deceived Humanity all the more eager to do his evil will. By the way, this is what the coming New World Order will be all about. It will put Orwell’s 1984 and the Brave New World to shame in comparison. The Great Work will one day be allowed by YHVH to succeed as the world will unite around Lucifer’s coming AntiChrist as Nimrod 2.0. He will succeed, but for a brief moment to accomplish what Nimrod could not in completing the ‘Invisible Pyramid’ of the ‘Shining One’.
________________________ 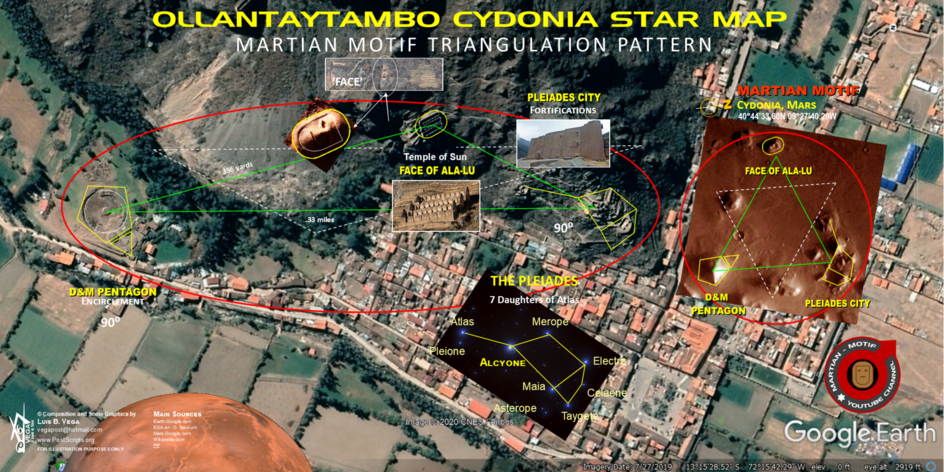 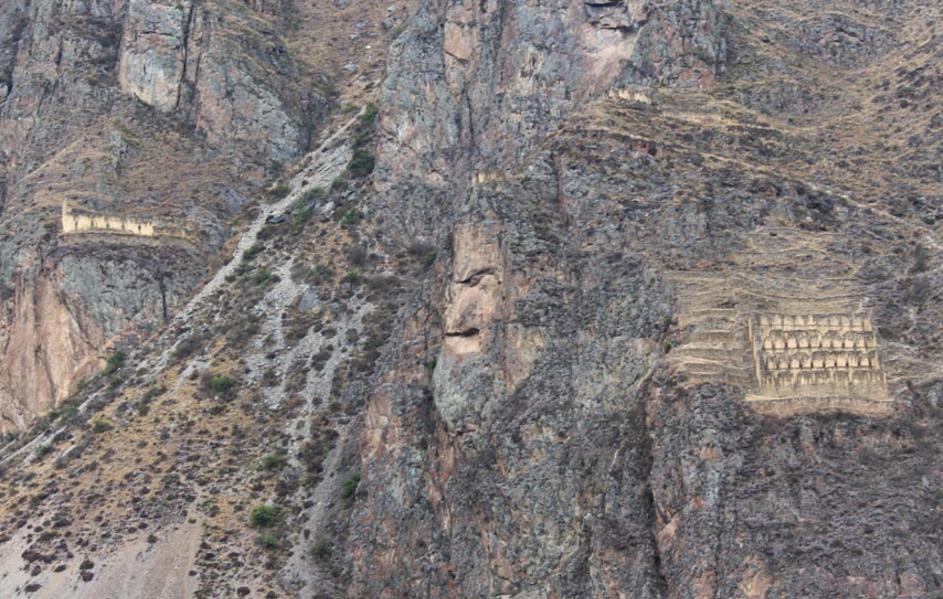