#483:
​IF ISRAEL GETS NUKED
THE SAMPSON OPTION
Apocalyptic Scenarios of the Last Days

‘And this shall be the Plague with which the Lord will strike all the Peoples that wage war against Jerusalem: their flesh will rot while they are still standing on their feet, their eyes will rot in their sockets, and their tongues will rot in their mouths.’ -Zechariah 14:12

The purpose of this study is to consider the effects and outcomes of a nuclear attack on Israel. The reason why Israel is uber-sensitive about its defense and employs a heavy hand when attacked is that due to the modern era of weaponry, Israel can literally be ‘wiped-off the Map’. Critiques of Israel and their military responses accuse Israel of, ‘Not responding in proportion’. Really? This is how in comparison to the Palestinians, Israel has its Iron Dome, Air Force and IDF Army while the Palestinians have rocks, slingshots but 1000s of Rockets. The critics of Israel only see a bias and skewed perception of reality. The Palestinians are waging a war in which the entire Civilian Population are active participation in their struggle for Statehood. How so? The Palestinians are indiscriminately barraging at the Israeli Civilian Population with 1000s of rockets, and to include Muslim Arabs.

This is a War Crime, but the world/media says nothing. This is what is different in this round of violence and open warfare in comparison to prior ones. Why? The Palestinians have the Biden Administration, most of the U.S. Congress and the world on their side. Moreover, countries like Iran are funneling weapons to the Palestinian Militants. Turkey is calling for a joint Russian-Turkish army of intervention into Israel to ‘prevent their abuse against the defenseless Palestinians’. The Civilian Population of many Palestinians are participating in utilizing Balloon Fire Bombs to set fire to the Land in Israel, this is a war Scorched Earth strategy. This is a War Crime. In responding to such a biased analogy, one replied in the following manner and comparison.

Well, so Criminals armed with long knives break into your house, and with the intent to rape your Wife, Daughter, kill your son, your Heir. Then kill you as the Head of the House and rob you of all your possessions. So, you as the Father bring out your gun and blow their heads off. But the outcry of the community is how dare the Father bring a Gun to a Knife fight. This is what Israel is up against as it has always been surrounded by its Muslim Enemies that have attacked it in prior wars in a coordinated effort. Such will be the case again. Only this time, this latest round of attacks could very well lead to the Biblical convergence of events that will usher in the AntiChrist. This scenario could very well lead to the Isaiah 17 destruction of Damascus herein the Israeli IDF will detonate some type of Nuclear Sampson Option as it feels it will be overrun by the Palestinians on all its fronts.

Sampson Option
The fronts involve not only this time the usual places like Gaza and the West Bank but know the Northern Border in the Golan Heights. Moreover, there is the general Palestinian Civilian contingency that has all risen-up in coordinated efforts with Gaza mainly to oppose Israel’s sovereignty and authority over its land. Why Israel will be considering the Sampson Option possibly is that it cannot effectively shield its Civilian Population against 1000s of rocket barrages that will come at some point in time. What has happened in the latest flareup is really to test the strengths and weaknesses of the IDF’s Iron Dome System and other Israeli Defense Weakness. For Israel, the stakes are very high as it only has an estimated population approaching 9 million by 2022.

For perspective, with only 3 nuclear blasts of a 50 Megaton Bomb like the Russians have, Israel can be destroyed. See charts for visualizations. But for the Muslims and all those that oppose the prophetic plans YHVH has for Israel, it is better to ‘Set the Kingdom on Fire so as to Rule it Ashes’. About 90% of all the Jews would be killed with 3 bombs of this type. And not to include those that would be wounded for life and then die slowly, suffering from the effects of Radiation Poisoning. What one will see, during the Tribulation Period is mass death of such types of nuclear exchanges were the Bible does depict mass casualties but not of millions but billions of People perishing, sadly. Jesus warned that the end of Human History will be the worst since it began. Consider all the World Wars, the Genocides, the savage battles and bloodshed over the Millennia.

All that will pale in comparison to the coming 7-year Tribulation Period. So much will be the carnage that Jesus stated that if He did not stop it, there would be ‘no flesh left alive’. For sure, Humanity has now the ability to destroy its species and that of all others and the planet with such Weapons of Mass Destruction. For example, Russia along has Supersonic Nuclear Weapons and with the potency of destroying entire nations the size of Texas in the USA at a time. The blast from such detonations reaches to the edge of space beyond the upper limit of Earth’s Atmosphere. Amazing. And such coming carnage will also involve a degree of Divine Intervention as in the case of the Gog-Magog 1 War. When the Russian led Muslim coalition of Outer-Ring Nations to include Iran and Turkey, will be decimated by YHVH. This will take place on the Mountains of Israel, that of Samaria and Judea where they will fall.

In Zechariah 14, it is described that those Nations that come against Jerusalem will have their tongues and eye-sockets melt as they stand. And in Ezekiel, it also states that the radiation from their weaponry will be used for fuel Israel’s energy needs for 7 year. As to military strategy, Israel does have the Sampson Option. This military option is derived from the Biblical account of a Judge of Ancient Israel. There was a Judge named Sampson that had a special dispensation of the Gifts of the Holy Spirit, mainly in having super human physical strength. This power somehow resided in this hair. So long as he had the hair, Sampson had the super human strength. He used that gift to defeat the Enemies of Israel, mainly the Philistines. However, due to a ‘conspiracy’ through his Philistine wife, his hair was cut and he lost his super human strength and power. More than that, Sampson lost his eyes, his pride and position.

Mutual Assured Destruction
This was due to being capricious and irreverent. In a mockery against Sampson, his GOD, YHVH and all of Israel, the Philistines paraded Sampson on one occasion in the House of Dagon, their God. By that time, Sampson repented and asked for a measure of enough strength as his hair had grown back to revenge and redeem himself. He asked to be put in-between the 2 main pillars that supported the ‘House’ or temple of the Philistine God, Dagon. He displaced the pillars and ‘brought the House down’ but also upon himself and died. This is the ‘Sampson Option’. It was said that he ‘killed more Philistines in his Death than when he lived’. It is a MAD military option of last resort. The acronym stands for Mutual Assured Destruction and came out of the Cold War strategy. It basically asserts that if the country goes down in an attack, so will the Enemy along with them then.

According to history and some versions, this Sampson Option was almost employed by Israel during the Yom Kippur War of 1973. During this time, the only Female Prime Minister, Golda Meir contemplated using this military option as Israel was nearly overrun by the 7 invading Muslim Armies. They were instructed and armed by the Soviet Union at that time. If one talks with some of the Surviving IDF Veterans of the War, they will plainly say that the war was against the Soviet Union. And it echoes the Gog-Magog War to come and how this coming similar array of encroaching Muslim menace will be surrounding Israel. It will be to the point that Israel will destroy Damascus. The Israeli Air Force IAF has been constantly attacking the munitions depots of the Iranians in Syria. At a certain point in time, Iran will converge its nuclear knowhow to the Syrians or to the Iranian Revolutionary Guard and that of the Al-Quds Brigade.

Its plans will be to use such a device eventually against the ‘Zionist State of Israel’. Israel will not let this happen. It has already preemptively taken out entire Nuclear Reactors of Iraq and Syria before. And it has been attempting to thwart and sabotage Iran’s ability to acquire Nuclear Weapons. Perhaps this is how it will play out regarding the prophecy of Isaiah 17. What complicates the matter is that in Syria, there are Russians there also. Ironically, the Soviet Union had recognized the rebirth of the modern State of Israel shortly after the USA. It thought that since most of the Jewish Leadership came from Easter Europe and the Soviet Union, that Israel was going to be a ‘Communist Country’. As it was, the first types of industry were Communal Agricultural Settlements known as Kibbutz.

And they were structured in a ‘Communist’ type of operation. Ben Gurion, the ‘Father’ of modern State of Israel came from a Kibbutz and was a ‘Secular’ Jew.
Consider that most of the Leadership was also, although their religious disposition of being ‘Jewish’ was precisely because of their religion. This quandary and status-quo is one that National Israel has had to grapple with since and keep in balance. Is it a Jewish State? Who is ‘Jewish’? What about ‘Separation of Religion and State’? The Bible however does foretell a time when Israel as a Nation will revert back to the Dispensation of being under the Law, which it is to a degree now but one of a delicate balance. This dynamic and Status quo will all change once the False Prophet and AntiChrist come on the scene.

And the 3rd Temple, once built will be the rallying cry for the world to unite around. The Daily Sacrifices will be offered at the ‘Abrahamic Family House of Peace’ for all the Nations. This however will be a ‘False Peace’ as the Bible in the Daniel and Revelation speak of this time being a Judgment. Specifically, it is of the 7-Seal Judgments of Jesus Christ. The 1st Seal will precisely be the coming ‘Age of Peace’ and the Man to lead that ‘New Age’ or Order. This will be the AntiChrist what will come on the scene once Israel will defeat this Inner-Ring of Muslim Enemies. It will be this man that will promise not only Israel a ‘Lasting Peace’ but one for the entire World to benefit from.
_____________________

#482: WHY ISRAEL NEED AN ANTICHRIST
https://www.postscripts.org/ps-news-482.html 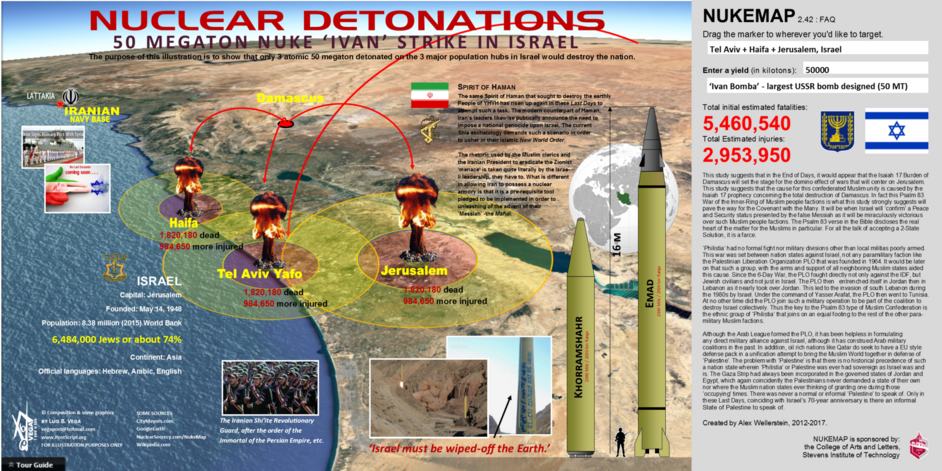