So, People around the World have all been intrigued with La Palma Volcano and of its many mysterious Peromelia Apparitions. And others are also, who are Seeking, Collecting Data, Watching for possible Prophetic Nuances, specific to the Rapture event and timing. The events occurring in La Palma has been likened to a ‘Breaking of the Water’ in the Birthing Process. Its volcano eruption has been modeled Scientifically of being a possible cause for a great Tsunami Cataclysm. And it has been alluded to how at a certain time, the Inhabitants of the Island will have to all ‘Depart’ or be Evacuated out entirely.

This will come true if especially the conditions worsen and circumstances become unbearable for the People there to sustain. A peculiar event was unfolding and that was mentioned. It was about the 4 Stranded Dogs that were for sure to face Doom and Death in their ‘Red Sea Moment’, if not rescued. Worse, is that it appeared the Professional the local Government Authorities hesitated in making the effort to rescue them but only after much public outcry. Then, when the effort was carried-out, they found suddenly, that the Dogs ‘Disappeared’, ‘in a moment’, overnight. Evidently, someone rescued the 4 Dogs and left evidence for such a feat; ‘that they were taken care of and are safe’. Was it ‘El Zorro’?

So, now one may be reading too much into the story and how it is linked or can be with the Rapture event or Biblical Prophecy; a bit much regarding all this, as some or many would and do say…But as one was reading through a France 24 Article about the situation, one could not help but make some obvious mental associations that come across one’s mind. How so? It is especially a correlation if one knows the circumstances of how the Rapture will occur, based on what is revealed in the Bible. It is or will be no different. Below is the link to the Article about the situation from the French News Source.

But it is how they described it best that made one think of such a similar Rapture Rescue scenario. It deals with the Rapture event that is described by the Apostle Paul as being no difference in its outcome of how the Dogs ‘mysteriously disappeared overnight’. It will be no different and what will occur after the Rapture event for Jesus’ People. And as the 4 Dogs in question were Podencos or ‘Hounds’, it is a peculiar Breed. Are such People of Jesus, those who are predisposed to being like a ‘Hound’, when it comes to Tracking Prophecy: Watching, Pursuing, Seeking Jesus’ return?

Collecting Data about what is all happening on Earth presently that is fast becoming as dire as a slow moving ‘River of Lava’ like with La Palma Volcano? It is most certainly spelling Doom and Death to come to La Palma’s of the World. And Jesus’ People are Trapped and now facing their ‘Red Sea Moment’ with such things as losing their Jobs , Business, Education or Lives if not Injected with the COVID ‘Solution’? To then have the next day after the Rapture event, the World’s People asking, ‘Where did they disappear to, so suddenly, overnight’? Who ‘Rescued’ or ‘Raptured them away from Earth to Safety from certain Doom and Death from their ‘Red Sea Moment’?

A ‘Savior’. For sure, such a peculiar ‘Breed’ of People, Jesus has taken note of. Jesus came to rescue the Perishing from Sin and Satan. Jesus has concern and had pity enough to have resolve and do what the Earthly Powers-That-Be will not do nor have the resolve to rescue such ‘Canis’ or People. And why these Motifs of Canines per chance? Obviously, the name of the Islands is the ‘Islands of the Dogs’. So, no more appropriate theme to go by. And what type of Dogs are these that ‘Disappeared’ overnight, snatched from the literal Fires of Hell? These special types of Dogs are Hounds, called Podencos. The word in Spanish means ‘Hounds’. They are most commonly bred for Hunters in Spain and Portugal.

​A Rapture Rescue
Now, the only deviation from the Dog Metaphor pertaining to the Rapture type is that the Dogs were desirable types, Hunters and breed as such. In contrast, one would say that most ‘Dogs’, as a Metaphor of People that will be Rescued in the Rapture will be of all Types and Kinds, Breeds, etc. Even so, such would also fit the Rapture Metaphor one is comparing because it has not been the Highly Breed, or the Wealthy, the Powerful that normally seek the LORD nor have the need to be ‘Rescued’. They have all the means and resources, etc. So, one could not help but to transpose such qualities of who are those that in a similar way will be snatched-up in the Rapture event, overnight but the ‘Podencos’ of the LORD, no?

From Merriam Webster: Definition of hound ˈhau̇nd \
1-Dog.
2- A Dog of any of numerous Hunting Breeds including both Scent Hounds and Sight Hounds .
3- A Person who pursues like a Hound especially.
4- One who avidly Seeks or Collects something.

It is not to say that only those Followers of Jesus who are the Watcher ‘Dogs’ of Biblical Prophecy types that are avidly Seeking the LORD and Watching the Times and Season the End Times Signs or collecting Dates, that are exclusively to ‘Disappear’. But that in general, is it not true though that it is generally those that ‘Love His (Jesus’) Appearing that are the type that are actively Seeking, Collecting and Watching for the Rapture? And this, especially true that as for such, their ‘Red Sea Moment’ is closing in fast like the Lava Flow with the Dogs, no? Well, one thought that it was an interesting perspective and angle at looking at what happened with these 4 Dogs of La Palma Volcano.

And how recently there has been much ‘Signaling’ about the Number 4 and how that is associated with the meaning of an ‘Open Door’ to be Rescued as one big ‘Exit Sign’ that are posted next to Doors, etc. The Dalet is the 4th Letter of the Hebrew Alefbet. The 4th Chapter of the book of Revelation is associated with the Door and the Bride of Christ being Raptured. Then the Name of YHVH appearing on the Door or Wall of Jerusalem, next to the Golden Gate, etc. And how that the 4 Dogs of La Palma mysteriously ‘Disappeared’ overnight, but with a Trace.

And that Trace is what, for the Believers after the Rapture event? It will be the Written Word, the many Bibles, Blogs, Posts, Articles, Charts, Letters, Texts left behind that perhaps millions of People around the World will pick-up and read of how it occurred; just as Jesus and the Apostles promised and described the Rapture event. So, as the title of the French Articles, stated, ‘Who Let the Dogs Out’? Or rather that one hopes it will shortly be broadcasted across the World as, ‘Who Let the Saints Out’?!

​But as an addendum, a Blog member, Jimboni replied with the following statement that rings so true. To which I would only add that Our Scout, given the chance, would be quick to remind that 'Caleb' means 'Dog', and to which I rejoinder, as a Type of the Faithful Church awaiting The Master's Call, Maranatha! And another Blog Member named Judi added the following observation. And is not the Holy Spirit called the Hound of Heaven, and are we not with Him hounds after Truth/the Word/Souls--Dogs with a Bone? And are we not as Gentiles, Dogs? Happy to feast on the Crumbs of the Master's Table? But one day seated in full Honor and Glory at that very Table. Soon, Lord, Soon! Maranatha!!
________________________ 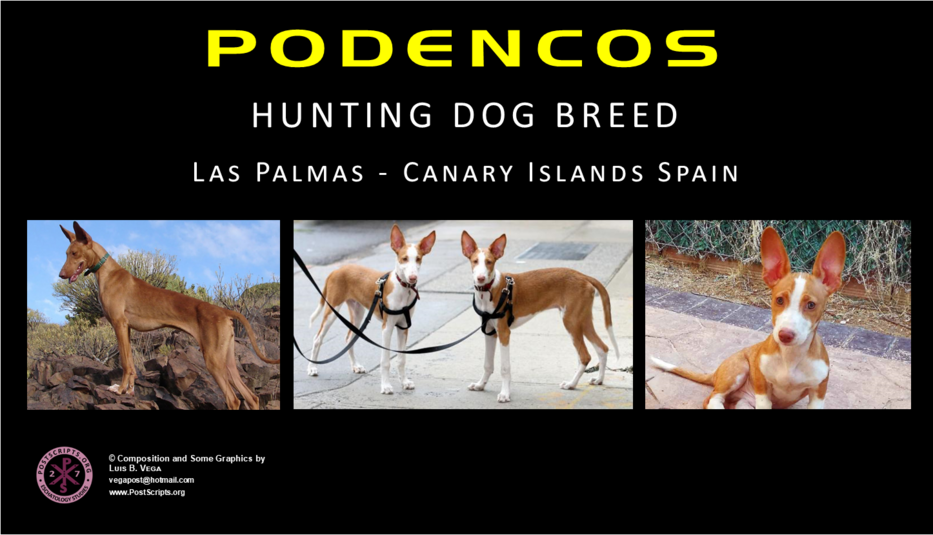